The explosion, damaging the area within a block radius, shared a location with a data center owned by SunGard.

SolarWinds, the company that fell victim to a devastating cyber attack in March, is owned by Silver Lake and Thoma Bravo. Until 2015, Silver Lake owned SunGard, an IT company with a data center virtually in the same location where the Nashville Christmas Day bomb exploded yesterday.

On Christmas morning, police responded to a “shots fired” call and came upon a strange RV that was close to an AT&T building on near Second Avenue and Commerce street. The police did not find any evidence of a shooting, so they called in the bomb squad. About 30 minutes later, the RV exploded after playing a recorded message that said “If you can hear this message, please evacuate now.”

The explosion resulted in three injuries, building damages, and a disruption of AT&T service in the area. The bombing appears to be intentional according to authorities.

“We have mobilized additional resources including our National Disaster Recovery team and are bringing in multiple portable cell sites to assist in the recovery efforts,” said AT&T spokesperson Jim Greer.

National File has learned that the location of the explosion was in the same spot as a data center owned by a company called SunGard, on 200 Commerce Street. 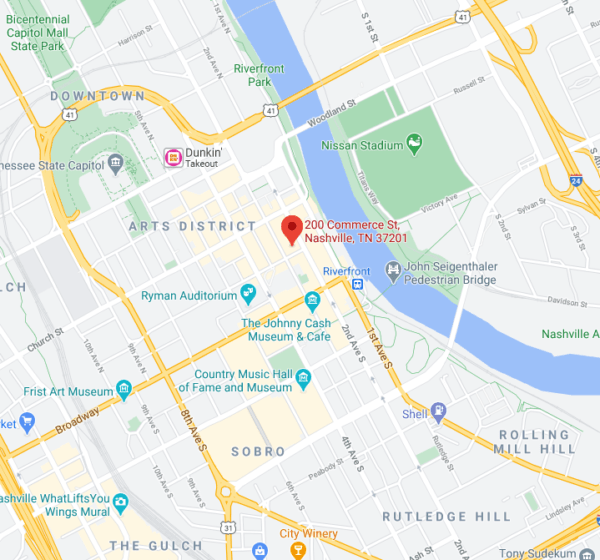 Silver Lake, a $75 billion investment firm with questionable ties to China, bought SunGard in 2005, according to a Blackstone press release.

In 2015, SolarWinds was purchased by Silver Lake and Thoma Bravo for $4.5 billion, according to the SolarWinds website.

“AUSTIN, Texas – October 21, 2015 – SolarWinds (NYSE: SWI), a leading provider of powerful and affordable IT management software, today announced that it has entered into a definitive agreement to be acquired by leading private equity technology investment firms Silver Lake Partners and Thoma Bravo, LLC. Under the terms of the agreement, SolarWinds stockholders will receive $60.10 per share or approximately $4.5 billion in cash. The agreement was approved by SolarWinds’ Board of Directors following a comprehensive review of strategic alternatives.”

Silver Lake has recently come under fire for their questionable ties to the communist Chinese, who President Donald Trump suggested may be behind the SolarWinds cyber attack as National File reported.

SolarWinds ties to China are beginning to make their way into public view amid the announcement of the cyber breach that reportedly struck the company in March. SolarWinds board director Kenneth Hao “led the establishment” of a $75 billion investment firm into China, as National File reported.

SolarWinds director Seth Boro, a man who was instrumental in starting the private equity firm known as Thoma Bravo, “currently serves on the board of directors of several software and technology service companies in which certain investment funds advised by Thoma Bravo hold an investment,” according to his biography on the SolarWinds website.

In 2019, Thoma Bravo bought JD Power for $1.88 billion from XIO Group, a mysterious Chinese company based in Hong Kong.

According to the Washington Post, both Thoma Bravo and Silver lake sold hundreds of millions of dollars in SolarWinds shares just days before the announcement of the SolarWinds breach, raising concerns about potential insider trading.

“Silver Lake, a Silicon Valley investor with a history of high-profile tech deals including Airbnb, Dell and Twitter, sold $158 million in shares of SolarWinds on Dec. 7 — six days before news of the breach became public. Thoma Bravo, a San Francisco-based private equity firm, also sold $128 million of its shares in SolarWinds on Dec. 7.

Together, the two investment firms own 70 percent of SolarWinds and control six of the company’s board seats, giving the firms access to key information and making their stock trades subject to federal rules around financial disclosures.”

While the owners of SolarWinds’ connections to China certainly raise eyebrows, the SolarWinds company itself has extensive ties to China as well. SolarWinds partnered with M.Tech in May 2020 to expand business opportunities in China, just weeks after the company had been breached, as National File reported.

“The partnership was extended in order to “enable businesses in China—across all vertical industries such as banking, finance, insurance, manufacturing, education, and other commercial sectors—to solve IT challenges and monitor, manage, and secure their applications, servers, data, infrastructure, and networks across on-premises, hybrid, and multi-cloud environments” according to Business Wire.

Along with M.Tech, SolarWinds’ China distribution partners include Westcon Solutions China, Kunlan Solutions (China) Inc, and Beijing KaiYao Co.,Ltd, according to their website.”

Furthermore, National File has confirmed that Dominion Voting Systems does in fact use  at least one of SolarWinds’ products.

In Sidney Powell’s Georgia lawsuit, there is evidence that China and Iran had access to DVS servers, according to an analyst in the 305th Military Intelligence battalion, as National File reported.

National File was able to quickly verify that Powell quoted a former member of the 305th in the lawsuit, which declared that “a former electronic intelligence analyst under the 305th Military Intelligence with experience gathering SAM missile system electronic intelligence” told her that “the Dominion software was accessed by agents acting on behalf of China and Iran” to manipulate the election.

As America reels from the Christmas Day bombing, the SolarWinds cyber attack, credible evidence of widespread voter fraud, and DNI John Ratcliffe’s confirmation of foreign election interference, the many Americans have more questions than answers.