Fogarty, who currently presents a show on LBC, the UK’s biggest talk radio station, replied to a tweet from Firas Maksad, showing a video of pro-Trump protesters engaging in scuffles with DC Police inside the Capitol Building, after thousands of them had stormed it.

“Shoot them,” Fogarty said succinctly, in a now-deleted tweet. Fogarty is well-known to the British public, having been the breakfast show co-presenter for BBC Radio 5 Live for many years.

Scuffles & violence inside the US Capitol pic.twitter.com/47UCAux3gP 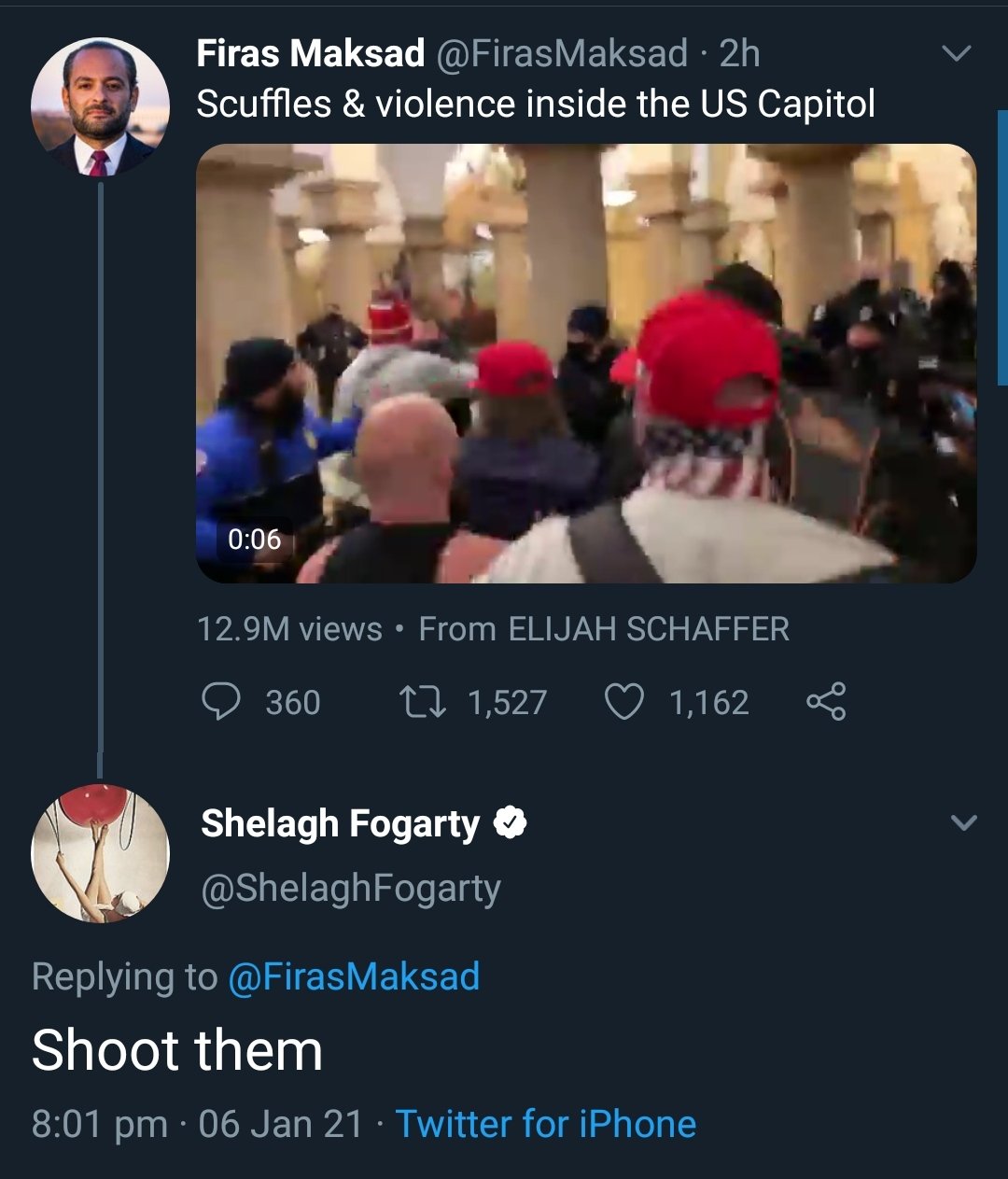 Within the hour, Ashli Babbit, a 14-year veteran of the US Air Force, was shot dead by DC Police. Her husband described her as a “strong supporter of President Trump, and a great patriot to all who knew her.” An eyewitness told National File that the police officers moved out of the way of the door of the Senate chambers: a window was broken in the Capitol Building, and Babbit started to climb up, and was shot by a “man in the suit.”

The British radio star initially defended her call to shoot protesters, even after Babbit had been heartlessly executed. Fogarty tried to baselessly claim that the protesters involved in the storming of the Capitol were “white supremacists,” and that “black invaders” wouldn’t “have reached the door, let alone the inner sanctum” of the building, and her tweet was simply meant to reflect that disparity.

You would if they were black

After hours of defending herself and her comments, well after Babbit, who was unarmed, had died, Fogarty eventually deleted the tweet, calling her tweet “clumsy.”

A woman has died and while my tweet was making a wider point about who gets shot in America – it was clumsy. Awful events.

Fogarty was roundly condemned by many online, with some calling to have her axed from her LBC show. Incitement to violence is a crime in the United Kingdom.

Why are you inciting people to commit violence? @TwitterSupport