The “criminal demon hackers” behind the Gab attack used the 420Chan Discord server to orchestrate the criminal hack of the free speech social network. National File contacted Discord to ask about this use of their platform and did not receive an immediate response.

Gab was attacked at the end of last month, with the CEO, Andrew Torba, slamming “mentally ill tranny demon hackers” for the assault. “The same people behind this attack targeted law enforcement officers and their family members last summer,” Torba said in his initial statement, noting that the site was working with federal law enforcement to address the breach.

After the initial breach in February, hundreds of verified Gab accounts posted spam messages at the start of this month attacking Torba and the site’s “despicable users,” claiming they had tried to unsuccessfully blackmail him. Torba confirmed that no new information had been taken, and the hackers had used login tokens taken during the first breach, with the site only taken offline for a short time while the tokens were cleared.

National File can exclusively reveal that the hackers attacking Gab used the Discord server for 420chan, a left-wing messaging board founded in 2005, to organize and orchestrate the hack. The current incarnation of 420Chan is “primarily known” for discussions on psychoactive drugs, and LGBT issues. Members can be seen discussing their plans to “take out Epik,” the domain registrar for Gab and “kill Parler and Gab.” 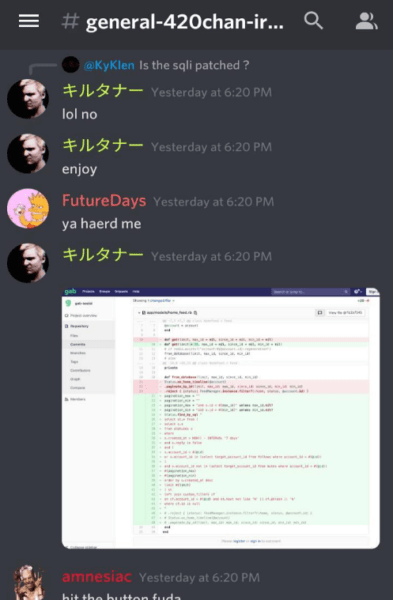 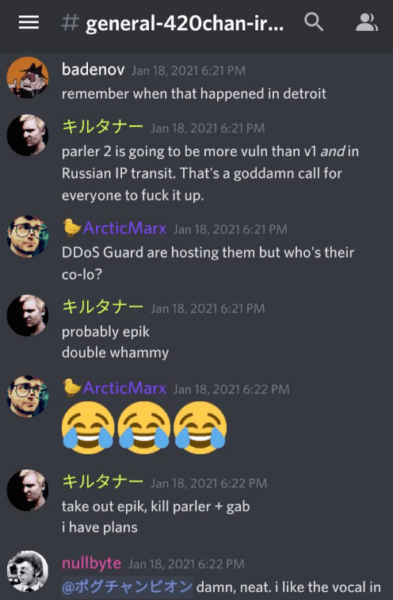 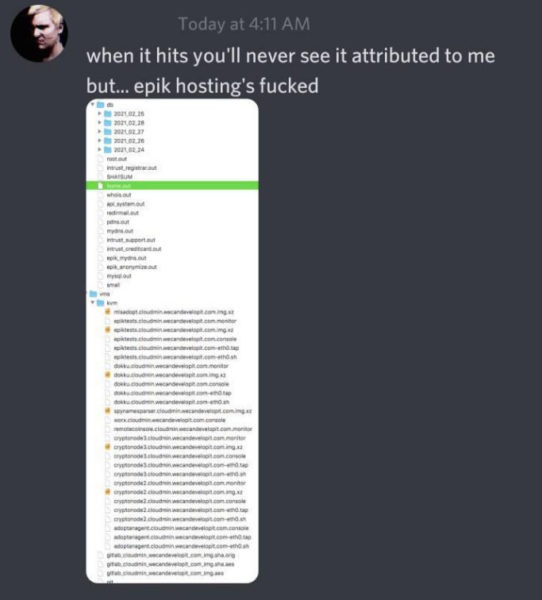 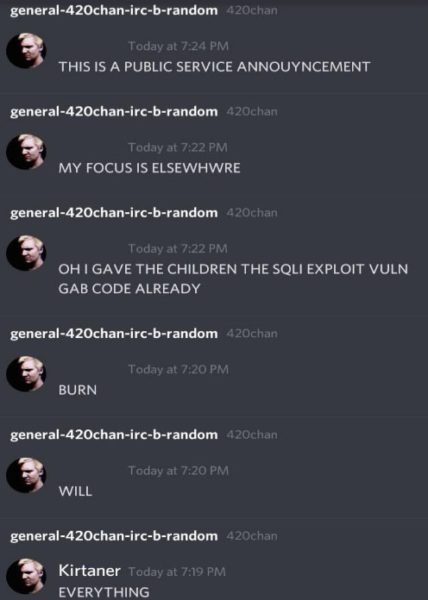 Vulnerabilities for the social networking site were then posted on the Discord, with the accompanying message telling everyone there to “enjoy,” and that “everything must burn.” National File is currently working to verify the identities of the Discord users involved.

National File has reached out to Discord for a comment on this story, inquiring as to whether they would be taking action against the server, given members were involved in a clear breach of the site’s terms of service by orchestrating the criminal hack there. Discord has previously been quick to take down “offending” servers, including the official WallStreetBets server during the GameStop incident at the end of January.