Reddit Melts Down Over Bernie Sanders’ Withdrawal From Presidential Race

Reddit Melts Down Over Bernie Sanders’ Withdrawal From Presidential Race

The social media platform Reddit is having a hard time coming to grips with Vermont senator Bernie Sanders’ announcement on Wednesday that he is dropping out of the presidential race.

Sanders, 78, has a larger support base on Reddit than any other candidate who ran in the 2020 Democratic primary.

Today, people who don’t normally frequent Reddit checked out the site’s hompage to see how Sanders supporters were taking the news, and the results were pretty much as expected. 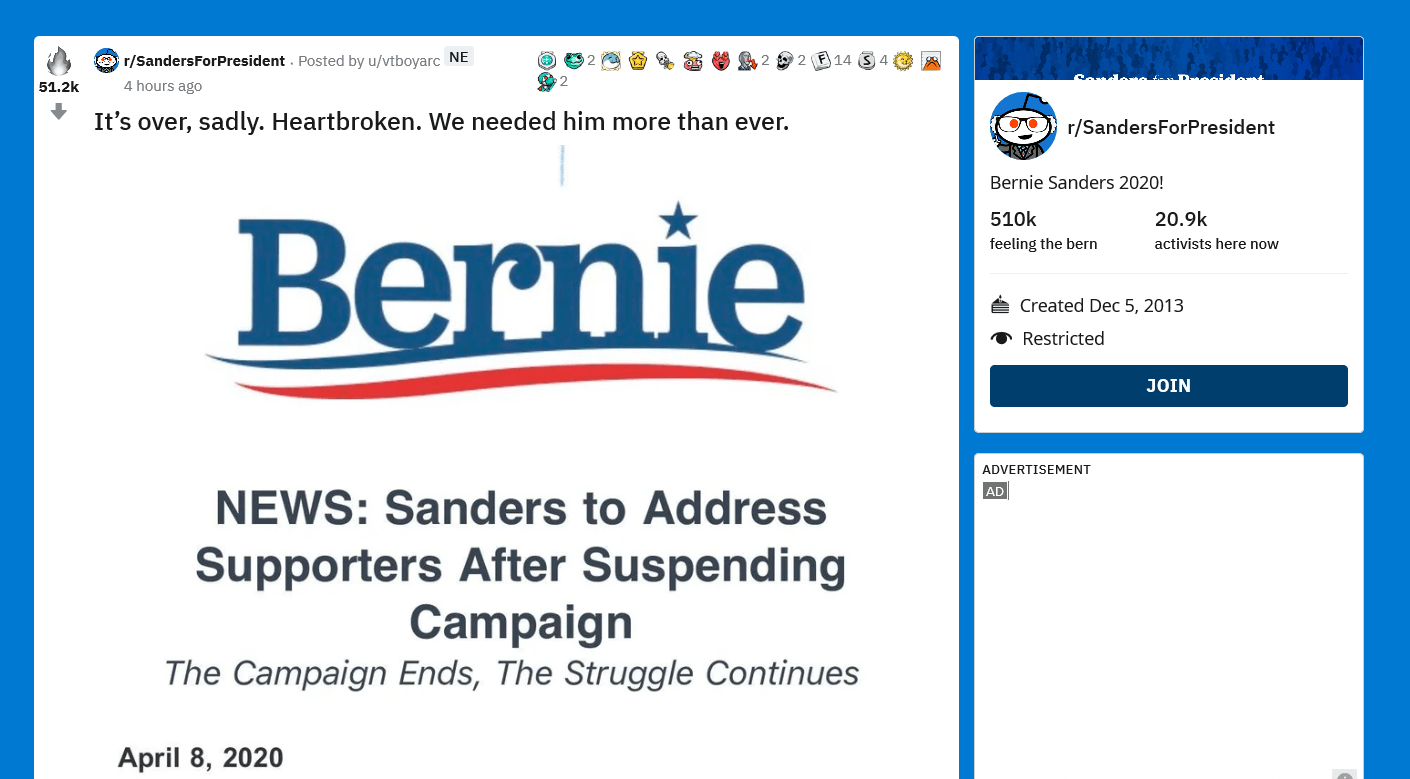 A recurring theme in the comments section of each thread mourning Sanders is the idea that Redditors should leave the United States, and move to someplace less repressive. 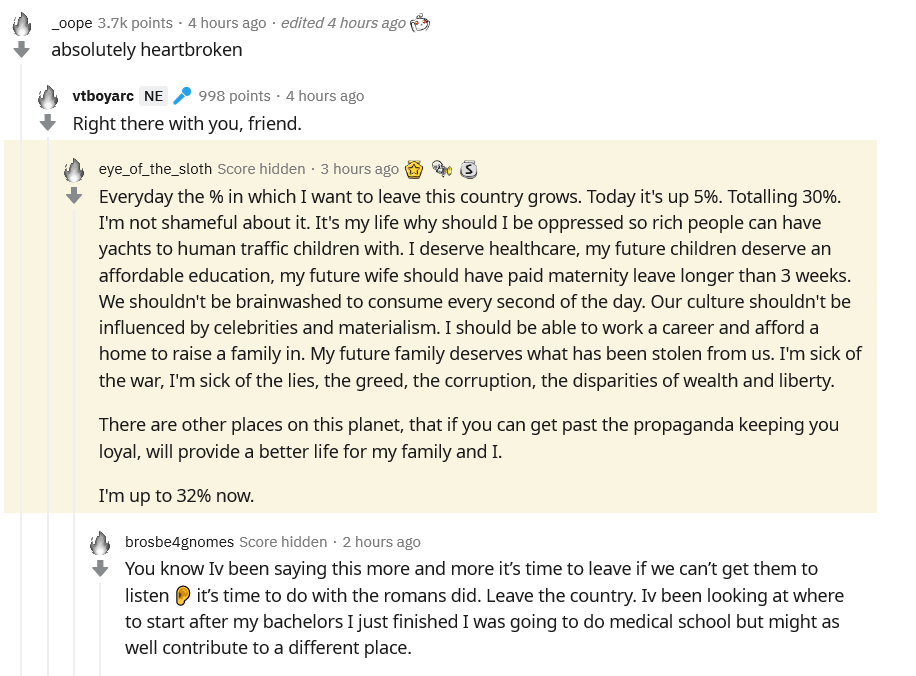 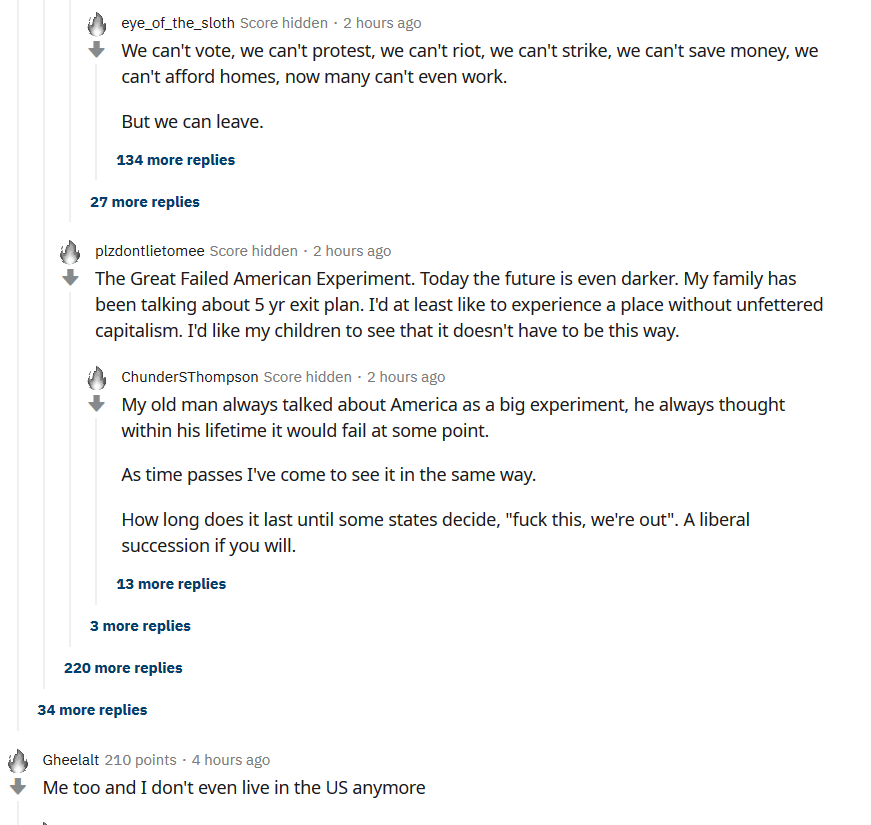 Canada seemed to be the ideal destination for heartbroken Redditors, though given Canada’s comparatively strict immigration regulations, it may not be the most practical oasis of liberal democracy for downtrodden U.S. expats.

READ MORE: Redditors Go Viral for Admitting To Having No Internal Monologue, Thinking Like NPCs

In a rare moment of self-awareness, some users began to to explore the possibility that Bernie Sanders is actually not that popular outside of Reddit’s echo chamber. 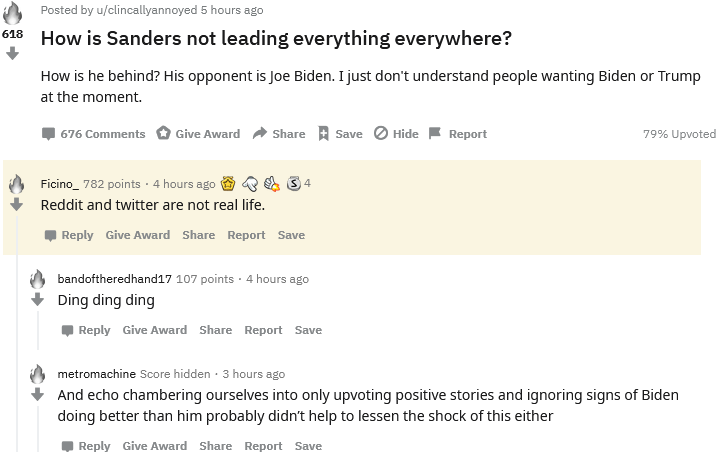 Sanders supporters also began to panic upon realizing that once again, they would receive no refunds from the Sanders campaign. 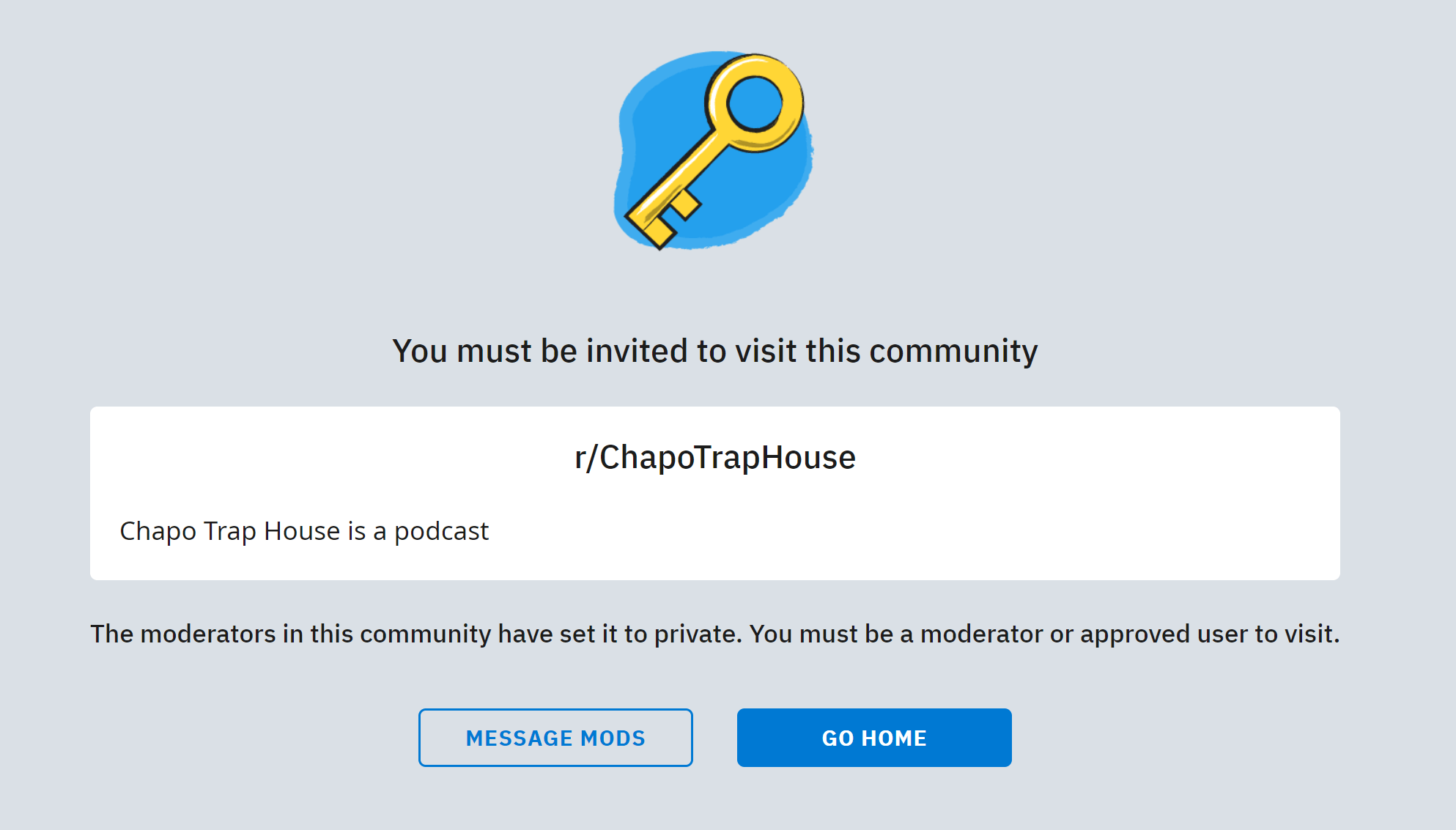 Some non-Sanders supporters took the opportunity to introduce some levity with some well-worn, but still effective jokes. 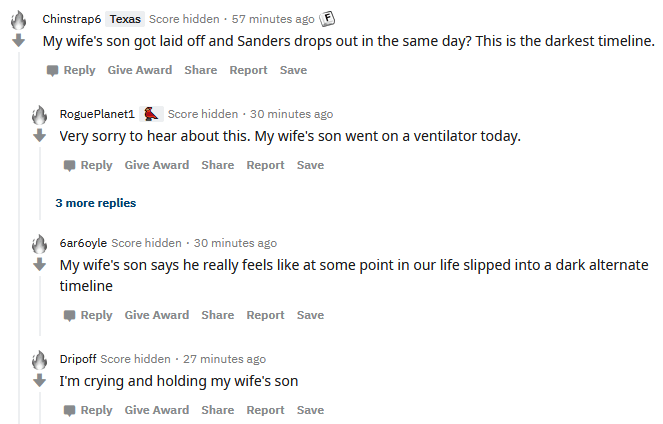 The comments section reflects a monologue given by Fox News host Tucker Carlson in March: “It’s pretty obvious that Sanders doesn’t want to win…you’re watching a professional loser … You just feel sorry for his voters, some of them thought this was a real campaign. The joke is on them.”

Tucker Carlson on the Fall of Bernie Sanders

"It's pretty obvious that Sanders doesn't want to win…you're watching a professional loser."

"You just feel sorry for his voters, some of them thought this was a real campaign. The joke is on them." pic.twitter.com/CApTlTO8yr