Fulton County was unaware that the document was in someone's possession prior to its release.

Joe Rossi, a former business executive and chemical engineer, is a Georgia citizen whose election integrity group’s work was the basis for Governor Brian P. Kemp’s letter date November 17, 2021, where Kemp (R) said the State Election Board (SEB) “must act swiftly” regarding the Risk-Limiting Audit Report for Fulton County.

Specifically, the governor stated that, “the data that exists in public view on the Secretary of State’s website of the RLA report, does not inspire confidence. It is sloppy, inconsistent and presents questions.”

On December 2, 2020 at 11:52 PM, Fulton County Georgia announced, “Fulton County Has Completed The Recount Of The November 3 Presidential Election. Results will be released by the Secretary of State’s Office.”

Subsequently, on December 3rd, 2020 at 12:06 PM, the first Batches Loaded Report (BLR1) report was time-stamped. The BLR is produced after uploading each tabulator’s memory card to the Dominion Election Management System and is the final vote count.

The metadata for BLR1, measured in Zulu Time, said the BLR1 report was created at 12:06 PM, while the email from then-Fulton County Elections Director Richard Barron to Ryan Macias, a member of the National Task Force on Election Crises and “elections expert,” was sent at 12:13 PM, just seven minutes later. The email had an attachment, “Batches Loaded Report.xml.”

Barron admitted in a Fulton Elections Board Meeting on December 4th, 2020 that their vote count was short of Machine Count 1’s total, the original November 3rd tally. In that same meeting, Barron stated that “the state” told them to “reconcile” it.

In the aftermath of the 2020 US Presidential Election, Ryan Macias came to the aide of former Cybersecurity and Infrastructure Security Agency for the Department of Homeland Security (DHS), Chris Krebs, by agreeing with his assessment that the reports about problems in Georgia’s election were “factually inaccurate.”

These questions remain unanswered for the reconciliation process for Machine Count 2, which generated the BLR2 total of 527,925 votes.

This information reinforces the idea that something suspicious occurred regarding Batches Loaded Report #2 (BLR2).

The Office of the Fulton County attorney confirmed in an email that there is no record for the tabulator tapes listed below: 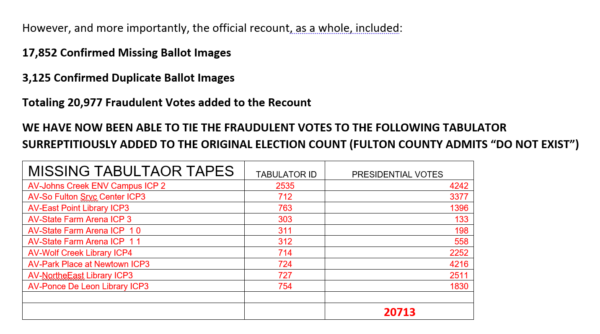 Note from the table above that the missing tabulator tapes explain the 20,713 votes that were added in the second Batches Loaded Report.

In response to an open records request from independent Texan journalist, Kevin Moncla, that said, “I’m not sure who I’m corresponding with, but as far as the outstanding tabulator tapes listed below, please confirm they do don’t exist so I can remove them from my list,” the Office of the County Attorney for Fulton County confirmed via email that “the requested documents do not exist.” 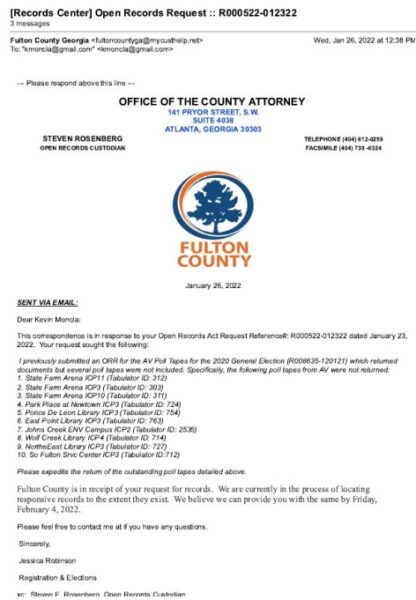 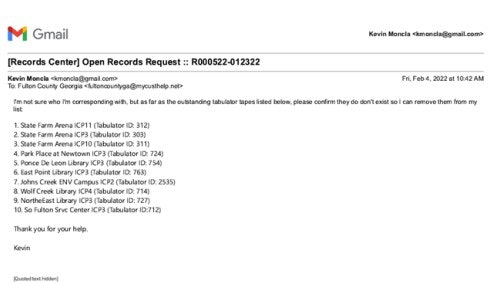 Whoever replied for the Office of The County Attorney wrote just one sentence, “The requested documents do not exist.” The only name on the email was the Open Records Custodian, Steven Rosenberg, whose name appears on all emails from that email account. 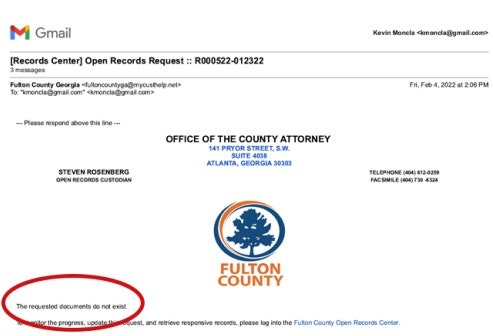 Regarding the status of Machine Count two’s so-called “reconciliation process,” this data was presented to Governor Kemp’s team approximately three weeks ago. Kemp’s office communicated they are approximately 75% complete with their vetting process. An update is expected “early next week.”

Coincidentally, or not, the webpage for the Risk Limiting Audit (RLA) that was the basis for Joe Rossi’s audit and Gov. Kemp’s letter has been removed from the Georgia Secretary of State’s website. 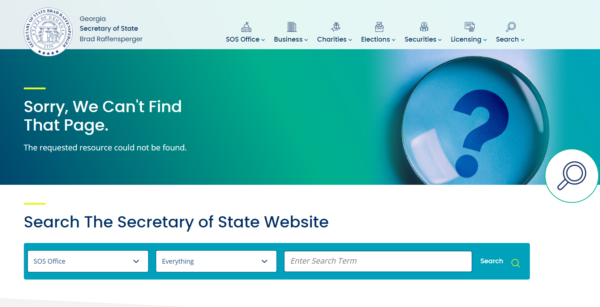 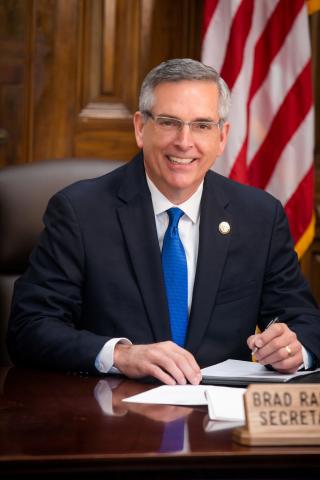 RELATED: Near Majority of Voters Believe Biden, MLB Should Apologize to Georgia for ‘Voter Suppression’ Rhetoric