A former judicial magistrate is facing a criminal investigation due to a referral by his county elections director.

Election integrity activist and former Georgia Judicial Magistrate, Richard Jordan, faces an investigation that could result in three misdemeanors and a felony charge, in what he says is a “a Constitutional violation of my right to vote and my right to question public officials,” after he tried to submit a complaint about his voting experience in the June 21st Georgia primary runoff election.

Jordan was in Florida on vacation with his family when he was notified he was under investigation for his attempt to submit a complaint in Georgia’s primary runoff election.

“I was in Florida the next week with my family and I get a call from a friend who said Anne Dover, the director of elections [in Cherokee County], along with the concurrence of the board of elections and their attorney, had drawn up a referral letter after talking with the solicitor, to insinuate that I violated the law, [resulting in] possibly one felony and three misdemeanors,” Jordan stated. 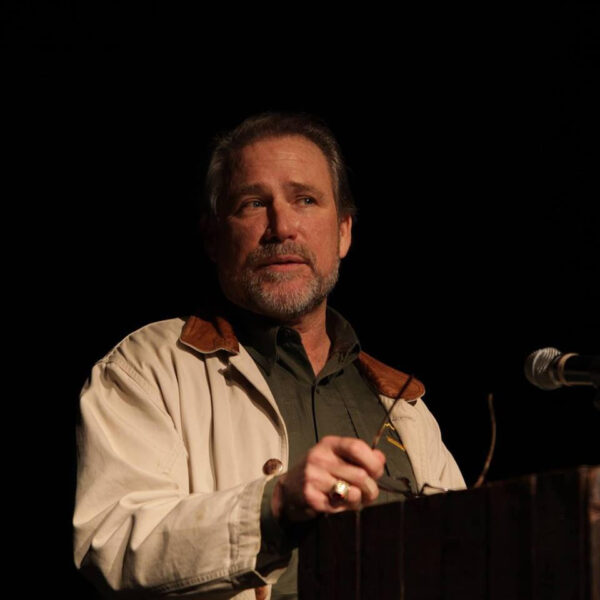 Jordan, who was first elected as a Judicial Officer in 1980 at 25 as the youngest judge in the history of the State of Georgia at the Superior Court of Cobb County, said that the process started out with meetings by Cherokee County citizens.

“We’ve been meeting on a regular basis, not only to strategize, but to counter the fraud that we believe could be taking place,” he said. “I was kind-of taking the lead on coordinating the gathering of sworn affidavits signed by a notary public. We had at least three of those from each of the 42 precincts, about 150 sworn affidavits.”

An alumnus of the University of Georgia, Jordan was a Delegate at the 1980 Republican National Convention in the party’s nomination of Ronald Reagan.

“We presented them to the board of elections last month, demanding that the electors be given a paper ballot hand count of the top-two tier candidates: governor and U.S. Senate, to confirm that the Dominion machines, the QR codes, are accurately tabulating the votes from the ballots,” Jordan said.

Jordan lives in Hickory Flat with his wife, Laurie, and describes himself as an “election integrity patriot.”

“We went in and met with the board of elections director, Ms. Anne Dover. She would not even sign for them,” Jordan said.

The former Georgia Bulldog received a Bachelor of Business Administration with an emphasis in Business Law, Advertising, and commercial real estate, and also studied business law at Georgia State University. Jordan has seven children and 15 grandchildren with his junior high school crush and wife of 40 years.

“It’s public information and we are being denied access to it,” he asserted.

“Political Retribution” by The Cherokee County Board of Elections Director

The second instance was what Jordan described as “an incident of political retribution against me personally, by the Cherokee County board of elections, led by their director, Ms. Anne Dover.”

Jordan states he was in the south annex Woodstock polling location when he says he saw “in real time what the issue is with the Dominion Voting System.”

“The issue is that you look at your ballot and yes, you can see in print the names of the candidates you selected, or who you wanted to cast your vote for – who you marked the ballot for – but you just, you can’t read the big QR code at the top, which we are told is what the scanner uses to input a vote,” Jordan said.

“The ‘readability’ requirement is in the statutes the state board of elections must comply with. It basically requires that the printed ballot must be legible and readable by the elector,” he said.

“I can’t read that QR code. None of the electors in Cherokee County that I know of, none of my friends or relatives or neighbors or friends know how to read a QR code without a code reader and there was none provided,” Jordan told The National File.

“How do we know with certainty that our vote is being cast accurately for our candidate of choice? How do we know if the QR code contains our own vote, or someone else’s or no one else’s?” Jordan asked.

“We don’t know, because that’s all the Dominion machines look at. I sought an answer from the poll manager on the day of my vote and she said she didn’t know how [one] can read it,” he said. 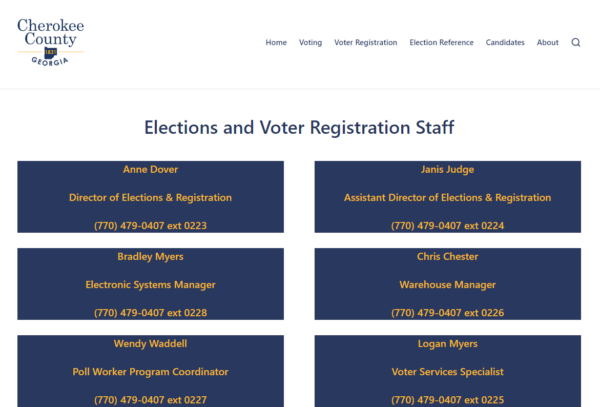 The former judicial magistrate relayed that a “staff member” called the Woodstock Police Department (WPD) while he was still in the process of filling out his ballot and complaint.

“I was finishing up when one of the officers came up. He interrupted me while I was still in the process of voting. He steps right up to me repeating, ‘sir, are you all right? Are you alright?”, and [accused] me of causing a ruckus,” Jordan said.

“I looked at him in absolute shock, and I responded that I was fine. I returned to complete the form, but he accosts me again, saying essentially the same thing,” the Jordan said. “At that point I told him he was invading my privacy and I asked him to move away. When he would not cease, I asked him why he was intruding on my voting privacy. He told me someone had complained and that I had to leave. I told him I would not leave until I finished my vote. I felt at this point he was trying to provoke me and embarrass me.”

According to the Election Integrity Act of 2021, the police officer in question and the person who called the police on Jordan may be guilty of multiple felony charges.

Section 47-A-2 of S.B. 202 says that “any person who knowingly interferes with any elector marking his or her ballot or registering his or her vote shall be guilty of a felony.”

“No person shall intentionally observe an elector while casting a ballot in a manner that would allow such person to see for whom or what the elector is voting,” according to Section 48 of S.B. 202. “Any person who violates the provision [of this Code] shall be guilty of a felony.”

“As a lawful elector of Cherokee County my constitutional rights were violated. I have the right to go into a public polling place and vote my conscience and ask to fill out a complaint form if I cannot understand how to read my marked ballot,” Jordan said.

Jordan states that he met with an investigator when he returned from his trip to Florida.

“That is what happened here. What I’m experiencing on the local level is what Donald Trump and many of his leaders that were in his cabinet and within his administration are experiencing, that’s being played out on the national level, from Steve Bannon to Rudy Giuliani, to Peter Navarro,” Richard declared.

The former Georgia state employee asserts that what has happened to him is a bureaucratic misuse of power to intimidate a constituent.

“It is abusing bureaucracy power to intimidate a vote and prevent the voter from voting his conscience and knowing with certainty that his vote matters, and I firmly believe the reason for that is unless the elector knows that his vote counts and is cast accurately, that’s going to discourage turnout in November,” the former State of Georgia judicial magistrate said. “I did want to emphasize that the use of electronic ballot markets generating an unreadable QR code as part of the Dominion Voting system was declared noncompliant with Georgia election law by Judge Totenberg’s ruling in the case, Curling v. Raffensperger, 493 F.Supp 3d 1264 (2020),” Jordan added.

The ruling states that risks inherent to the BMD voting system “are neither hypothetical nor remote,” and that the national cybersecurity experts that testified on behalf of the Plaintiffs “convincingly” presented evidence that “this is not a question of ‘might this actually ever happen?’ – but ‘when it will happen,’ especially if further protective measures are not taken.”

“So you have a Court Ruling that the Dominion system fails to comply with Georgia law and you have election officials intimidating voters like me that question it,” Jordan said.

“I’m not alone in my experience,” he added.

“This was clear intimidation and overreach, not only the overreach of the board of elections staff, but the overreach of the law enforcement officer who clearly should have known he was invading my space while I was perfecting the vote, a violation of Georgia criminal election laws. And not once or twice, but three times,” Jordan said.

Jordan asserts that Cherokee County Elections Director, Anne Dover, should be subject to referral for investigation.

“I’m not the one [about whom] a referral letter should have been sent to the state board of elections. The referral letter should implicate Ms. Anne Dover in the board of elections here in Cherokee County, and those assisting her to intimidate a voter in his attempt to intelligently vote for the candidate of his choice,” Jordan said. “I had a Constitutional right to be there to vote, and a Constitutional right to question and challenge those public officials when I found that the ballot could not be read. I was shocked to be accosted and publicly embarrassed for exercising those rights.”

“I was even more shocked that a government official would try to whitewash her own culpability by making a frivolous complaint about me,” Jordan added.

The National File reached out to Cherokee County Elections Director Anne Dover for comment but she stated that she could elaborate on the matter.

“I cannot comment on the situation with Mr. Jordan as this is an open investigation. As far as Ms. Brumbaugh, she shared legal advice with our Board of Elections & Registration during an open meeting,” Dover said.