President Donald Trump will be holding a rally in Sarasota, Florida on July 3, the day before America’s cherished Independence Day. This year’s Fourth of July festivities have thus far been overshadowed by Juneteenth, a new federal holiday celebrating the end of slavery. But the Fourth of July might end up being bigger than ever now after Trump’s rally. 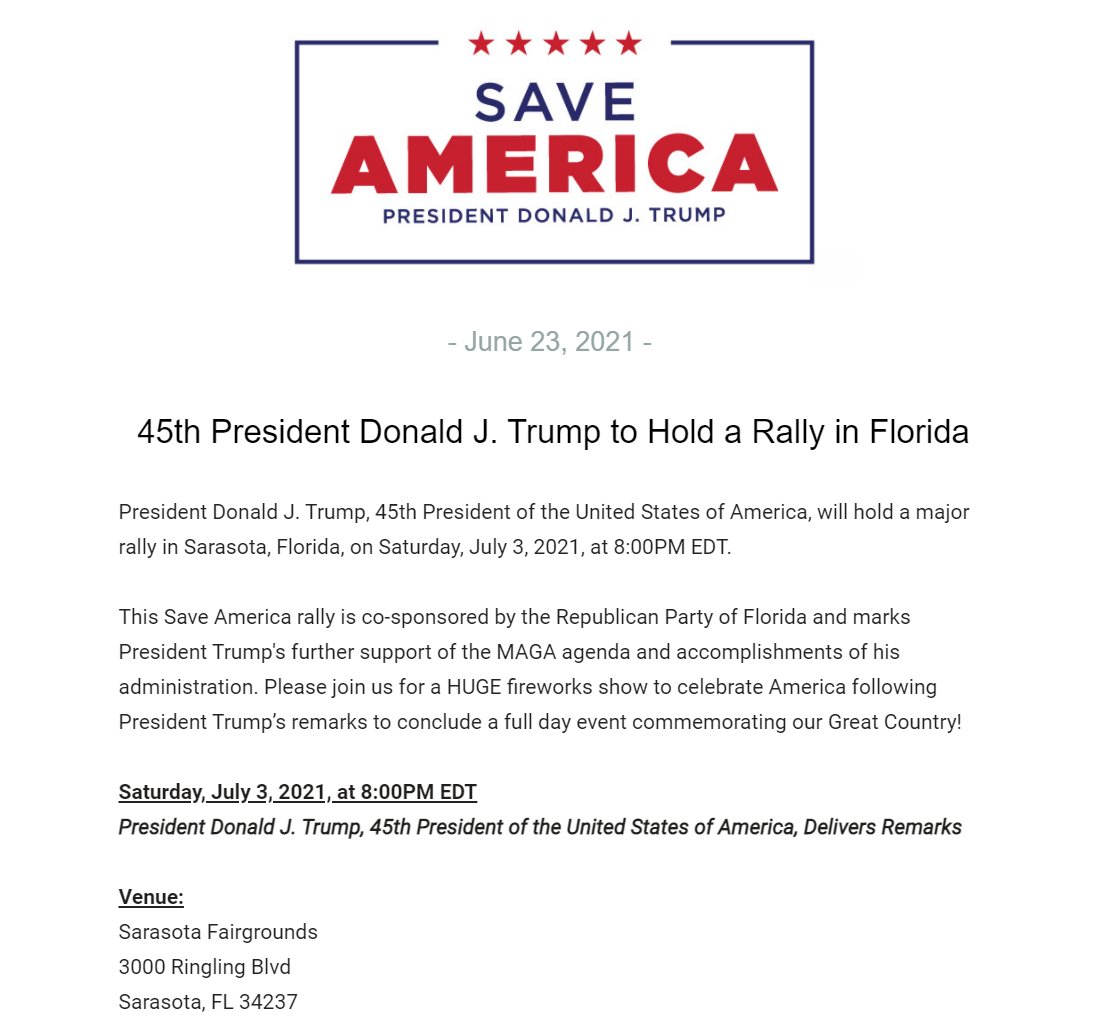 If President Trump wants to settle some scores and set the record straight in his speech, he has ample opportunity to do so. NATIONAL FILE REPORTED: President Donald Trump declared that he was “right about everything” during the 2020 presidential election, despite the constant lying by globalist politicians and their lapdog media. Trump made sure to note that he was right about the efficacy of Hydroxychloroquine as a treatment for Coronavirus, and stated again that the virus came from a Wuhan laboratory.

A recent study highlighted the remarkable effectiveness of hydroxychloroquine, which Anthony Fauci famously fought against, causing White House adviser Peter Navarro to confront Fauci about it. Navarro later called Fauci a “sociopath.” News-medical.net says: “Using computational modeling, the use of weight-adjusted HCQ and AZM appears to be associated with a more than 100% increase in survival, without a clear correlation with ECG abnormalities.”

President Trump stated that he was right about hydroxychloroquine, the Wuhan lab leak, the reality of Hunter Biden’s laptop, the worthlessness of lockdowns, and his border security measures. Enjoy! 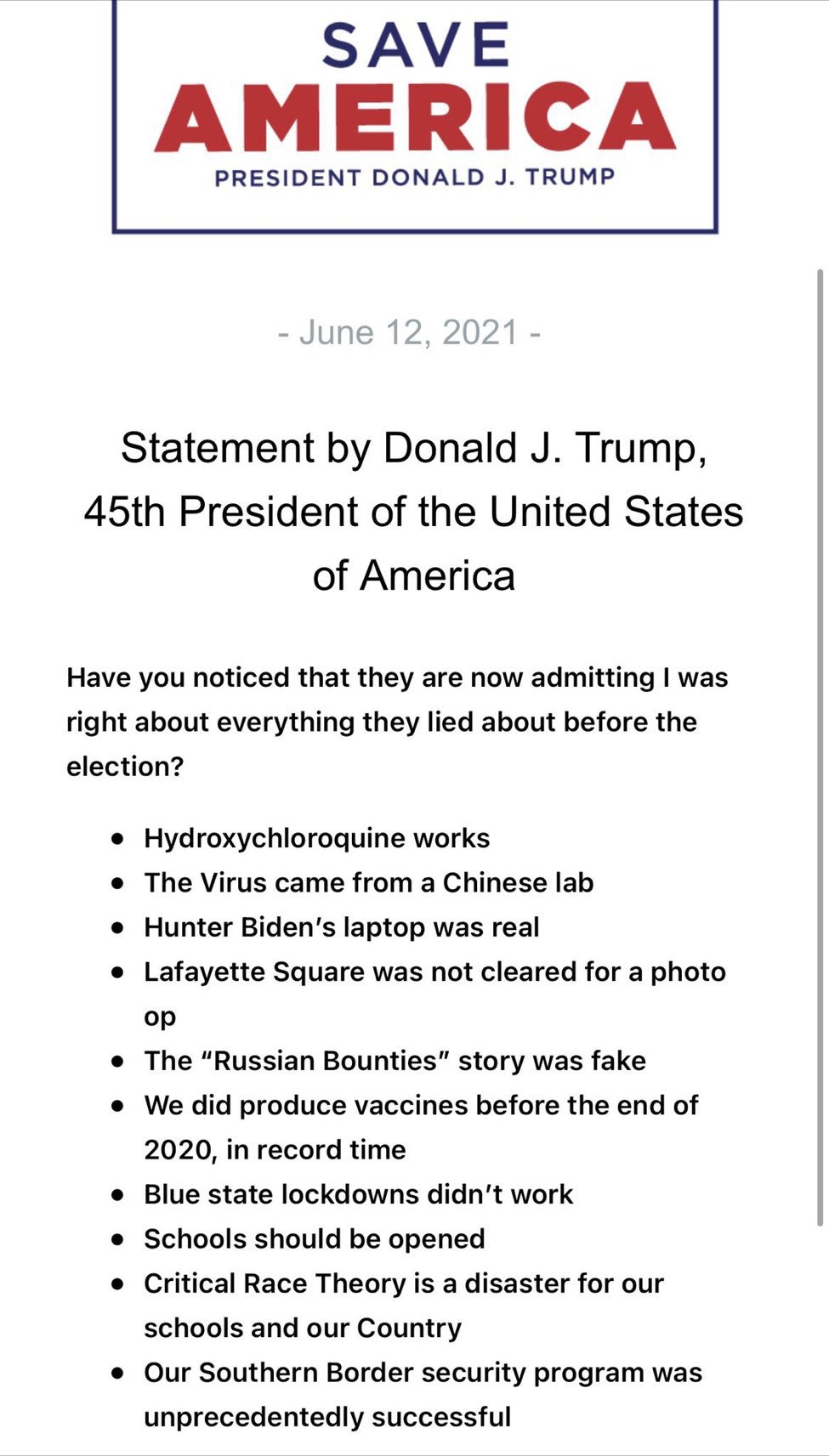