President Trump: ‘I Think We Are Going To Win The State of Virginia’

President Trump: ‘I Think We Are Going To Win The State of Virginia’

Hope in the Commonwealth

President Donald Trump confirmed in an interview with Fox Business’ Maria Bartiromo that Virginia is “very much in play.”

After discussing his soon-to-be-unveiled middle class tax cut and detailing his view of the Democrat impeachment effort against him (“These people are crazy, they have gone totally nuts”) Trump focused on the Commonwealth.

“I think Virginia is crazy where they want to take away the guns in Virginia. You have a governor that’s, I just can’t believe it. But Virginia is very much in play. I think we are going to win the state of Virginia. They want to take everyone’s gun away in Virginia. You can’t do it. You can’t do it. People need that for safety. They need it for hunting and other, but many people need it for safety. They need it for security,” President Trump stated (16:00 Minute Mark Below).

I announced that the Trump Team was putting Virginia in play during my speech at the 2019 Virginia Tea Party Summit:

I reported this week:

Democrat Virginia governor Ralph Northam spent days trying to push the narrative that violence would ensue at the pro-Second Amendment rally in Richmond, Virginia Monday, convened to agitate against Northam’s gun control agenda in the Commonwealth. But as of 5:30 PM ET no violent incidents were reported, and the rally was considered a huge success as crowds dispersed from the Capitol area.

National File journalist Patrick Howley, who was added to an Antifa “Hit List” prior to the rally, broke the “KKK/Blackface” photograph in 2019 from Northam’s medical school yearbook. That photo has become a symbol for patriotic protesters of all persuasions who are tired of the Democrat Party accusing Trump supporters of racism when the Democrats themselves have a deeply racist history. Armed with truth, America First patriots can defeat the Deep State’s scripted narratives and debunk phony division. Truth is a powerful, peaceful weapon in the fight for the soul of America. 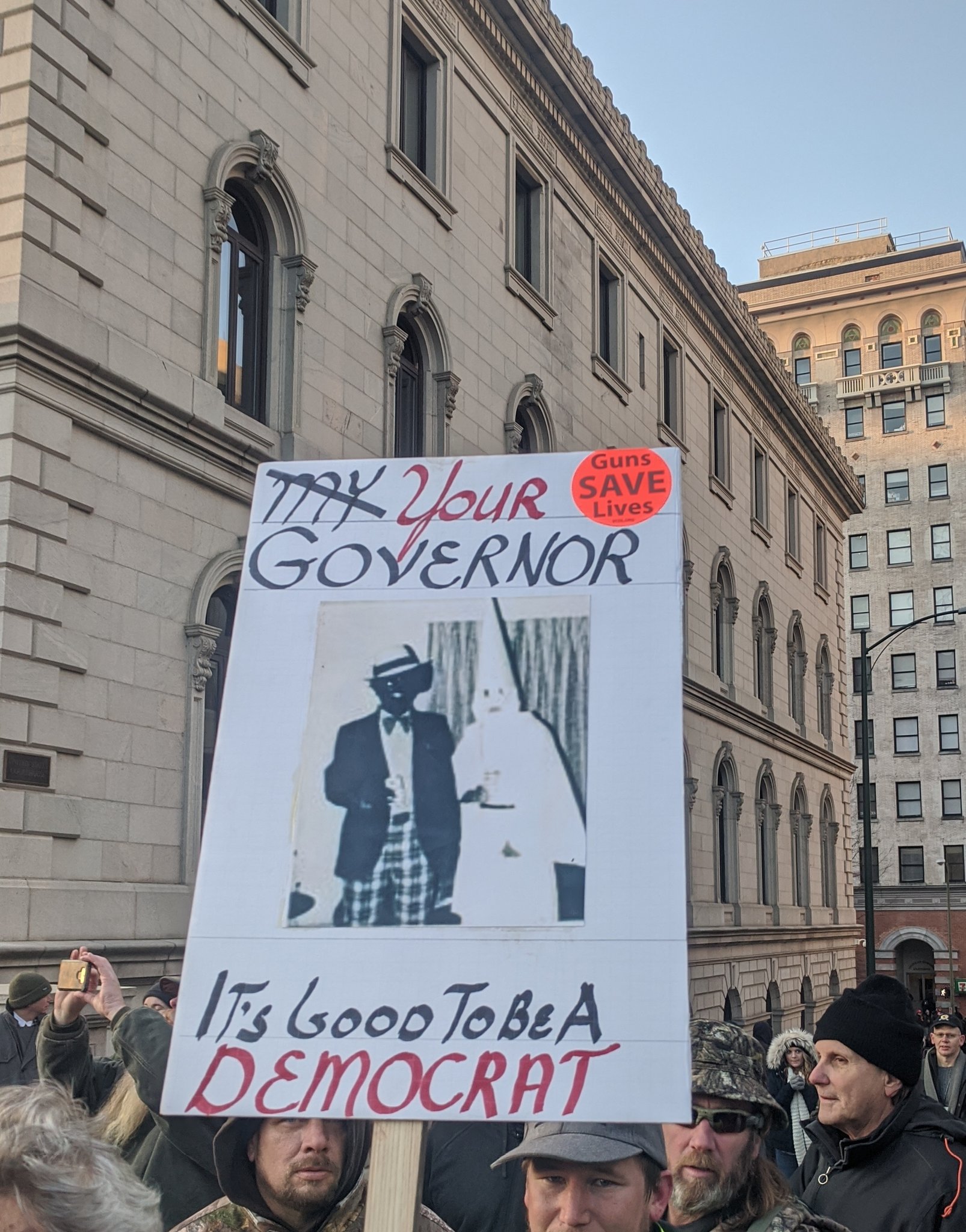