"NBA players boycott the playoffs because a dude reaching for a knife, wanted on a felony sexual assault warrant, was shot by police."

On Thursday, Urlacher made a post that mocked NBA players who threatened to boycott the remainder of the season – which has received terrible ratings and been trounced in primetime by cable news host Tucker Carlson – in solidarity with felon Jacob Blake, who was shot by police after resisting arrest and attempting to get into his vehicle, where a knife lay on the floor.

“Brett Favre played the MNF game the day his dad died, threw four TDs in the first half, and was a legend for playing in the face of adversity,” Urlacher’s post read.

“NBA players boycott the playoffs because a dude reaching for a knife, wanted on a felony sexual assault warrant, was shot by police.” 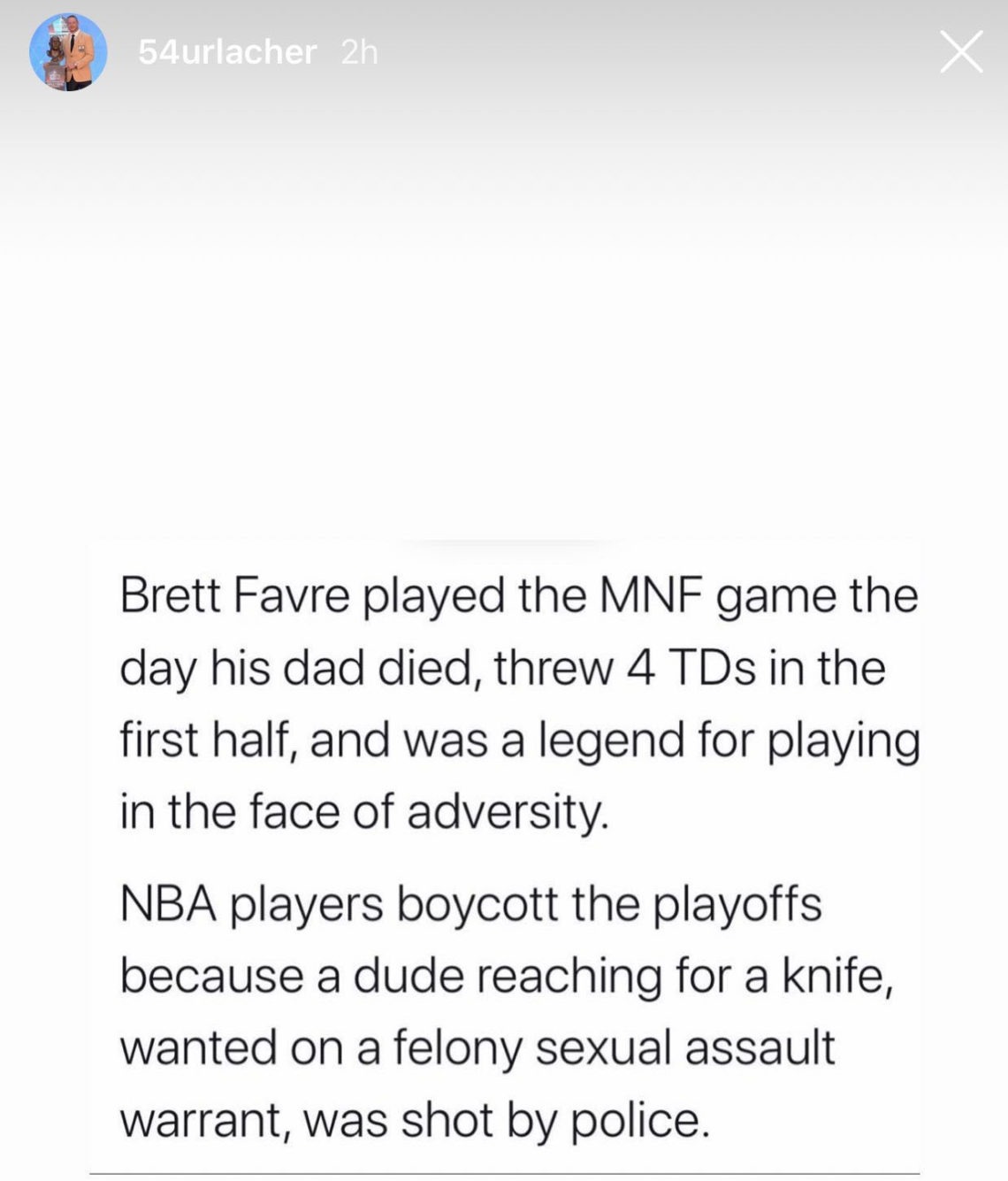 Urlacher also liked a post in support of 17-year-old Kyle Rittenhouse, who has been charged with first degree homicide after reportedly shooting three Black Lives Matter rioters who attacked him amidst ongoing looting and arson in Kenosha, Wisconsin. 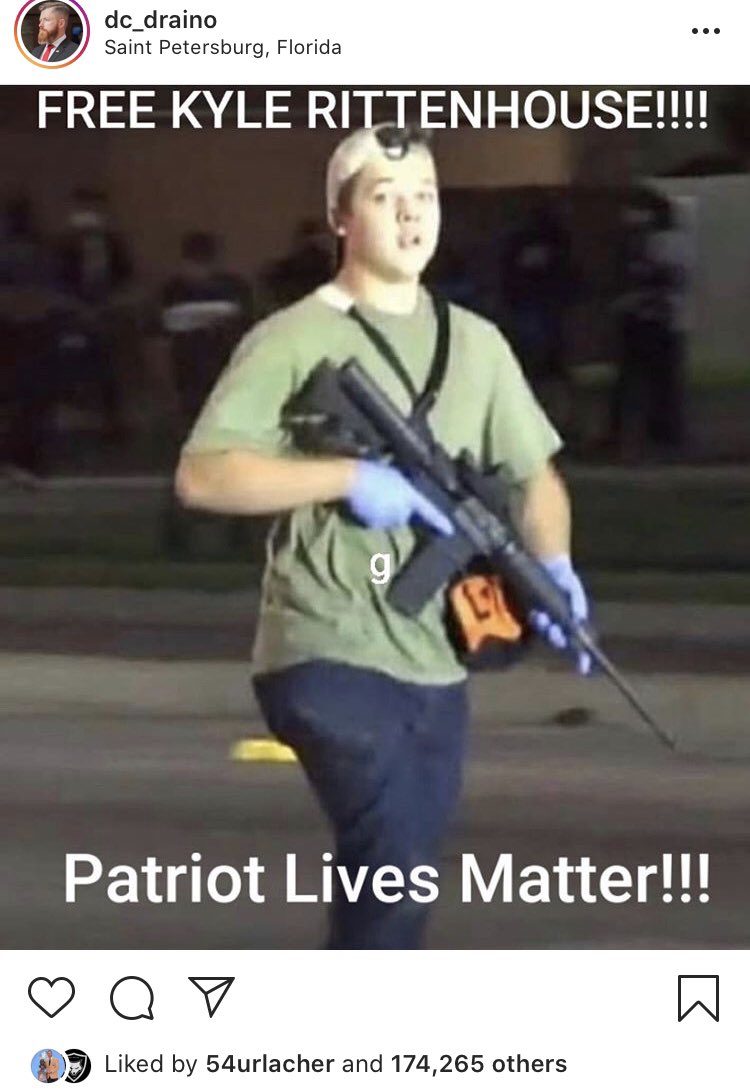 Urlacher was immediately set upon by the corporate media, and the post disappeared from his Instagram.It remains to be seen if Urlacher will be pressured into apologizing for his factual statements on the platform.

Public displays of support for Rittenhouse, despite the video evidence that indicates he acted in self defense, have repeatedly not been treated as free speech by media and big tech platforms.

Simultaneously, GoFundMe promoted an account raising money for one of the deceased protesters who attacked Rittenhouse, describing him as a “hero” who “gave his life” trying to “save others.”