‘I Have All 46 Boosters. Please Hire Me Southwest’: Airline’s Help Website Trolled After Flights Canceled Over Vaccine Mandate Protest

‘I Have All 46 Boosters. Please Hire Me Southwest’: Airline’s Help Website Trolled After Flights Canceled Over Vaccine Mandate Protest

"Does my Nintendo Switch need to be in airplane mode in order to ensure a safe take off and landing? If yes, why are you injecting your pilots with experimental blood clot shots?"

Southwest Airlines’ help website is being overrun by internet trolls after the airline cancelled thousands of flights because of the widespread employee protest of the controversial vaccine mandate, currently being called a sick-out. As National File reported:

Tens of thousands of people on Twitter are tweeting out the hashtags “DoNotComply” and “NoVaccineMandate” amid widespread protest against major airline vaccine mandates that resulted in the cancellations of thousands of flights over the weekend.

The number of flight cancellations has been reported to be nearing two thousand, leaving countless people stranded at the airports all across the country. This comes after nearly all major airlines have mandated the COVID-19 vaccine for all employees.

The comments appear to be satire, in response to the chaos caused by the mass flight cancellations. “Why are the discussion forum janitors tagging authentic stories of customer struggle as spam? This is ridiculous, you don’t get paid to ignore legitimate inquiries,” wrote one user on the site. 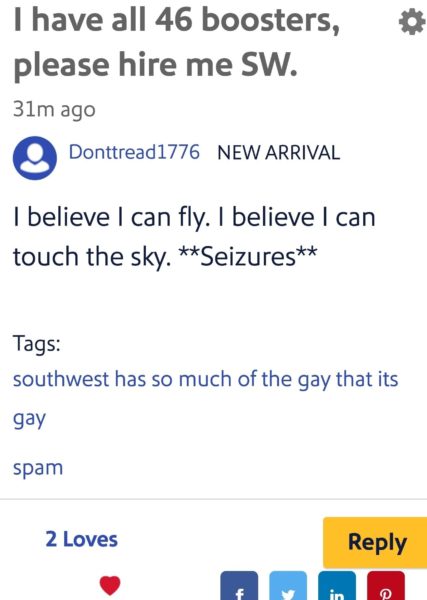 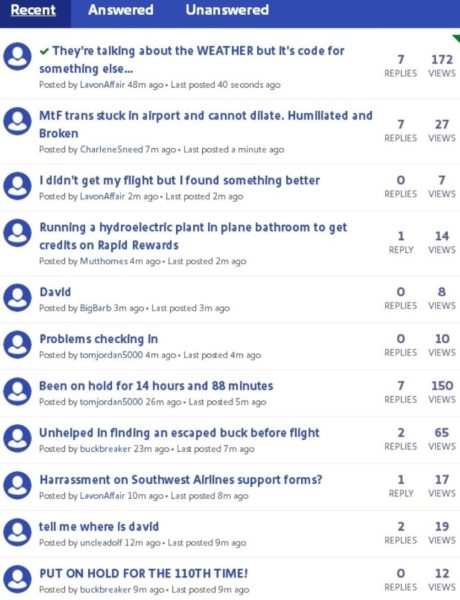 “I’ve been on the phone all night with multiple Trans Women, that have been left stranded at the airport due to YOUR racist staff walking out, worried that they will not be able to dilate properly,” wrote another user named BigBarb. “How are YOU going to rectify this situation? These BEAUTIFUL and BRAVE women need proper dilation stations. DO BETTER!!!” 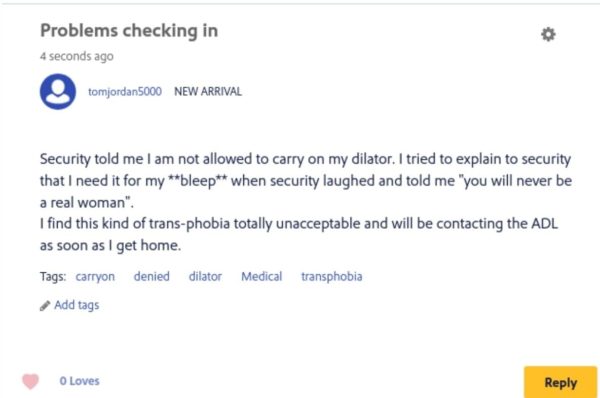 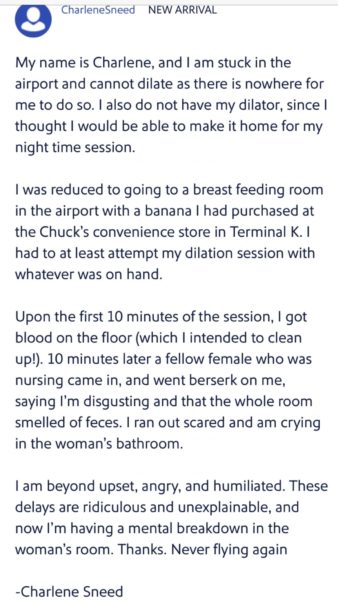 “Stuck on hold waiting for david and having some trouble dilating. please help. I will never be a woman,” wrote user sneedsFandS. Another user named MacTonihgt wrote “I am having trouble uploading my vaccine passport for my flight to Miami tomorrow. My wife and her lover and their son already have their boarding passes. What is going on?” 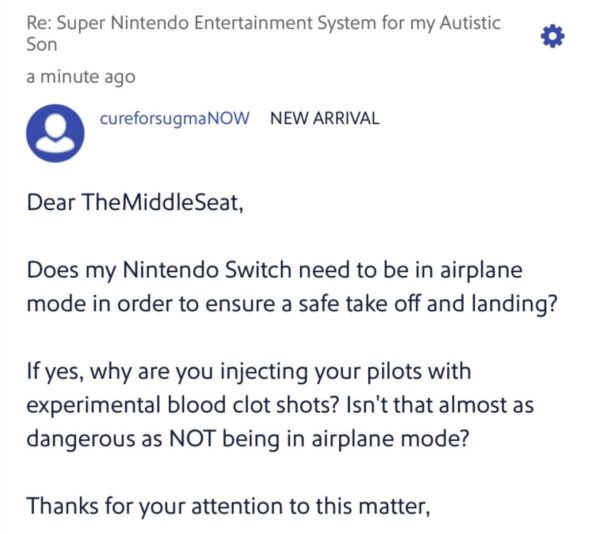 Southwest Airlines maintains that the flight cancellations were due to poor weather and “issues” with air traffic controllers.