Former Cal Cunningham Staffer Accuses Him of Having A SECOND AFFAIR

Former Cal Cunningham Staffer Accuses Him of Having A SECOND AFFAIR

How Many Women on the Side Does Cal Cunningham Have?

Cal Cunningham, the Democrat U.S. Senate candidate in North Carolina, is in trouble. After confessing to extramarital sexts with Arlene Guzman Todd, a U.S. Army veteran’s wife, Cunningham is facing another allegation.

Erin Brinkman, a lawyer and adviser on Cunningham’s failed 2010 U.S. Senate campaign, claims that her friend has also been having an affair with Cunningham, the married father of two, since the year 2012. Brinkman’s friend was reportedly “devastated” upon finding out that Cunningham is involved in a romantic relationship with another woman, Guzman Todd, in addition to Cunningham’s relationship with his wife.

Brinkman, a criminal justice lawyer who graduated from Harvard and spent time in North Carolina, says she has a “good friend” who has been in an affair with Cunningham since 2012. Brinkman previously worked on Cunningham’s failed 2010 U.S. Senate campaign. Here is the LinkedIn record showing Brinkman’s work as an adviser and steering committee member for Cunningham’s 2010 campaign: 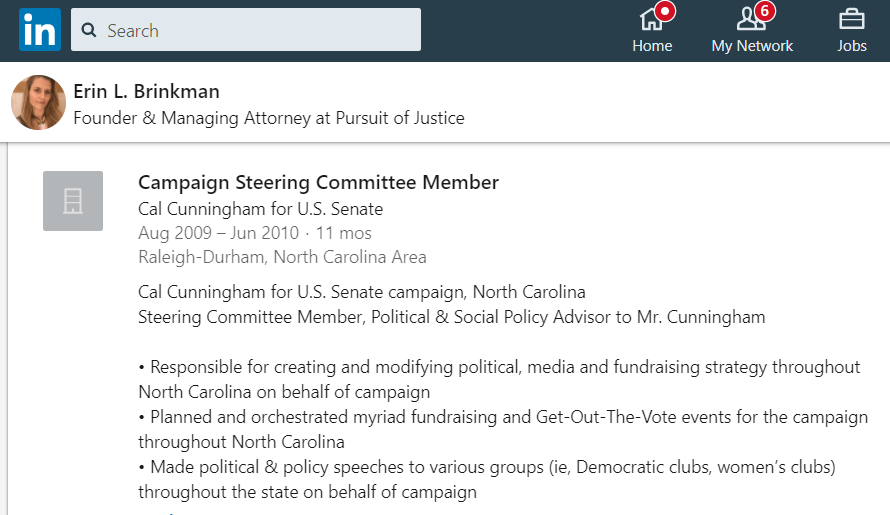 “He’s been having an affair with a good friend of mine since 2012. Not the woman mentioned in the story. Needless to say, my friend was devastated. But my feeling is, if they’ll cheat WITH you, they’ll cheat ON you!,” Brinkman writes on Facebook. Brinkman does not appear to be partisan, as her Facebook page features a John F. Kennedy quote stating, “Let us not seek the Republican answer or the Democratic answer, but the right answer.” 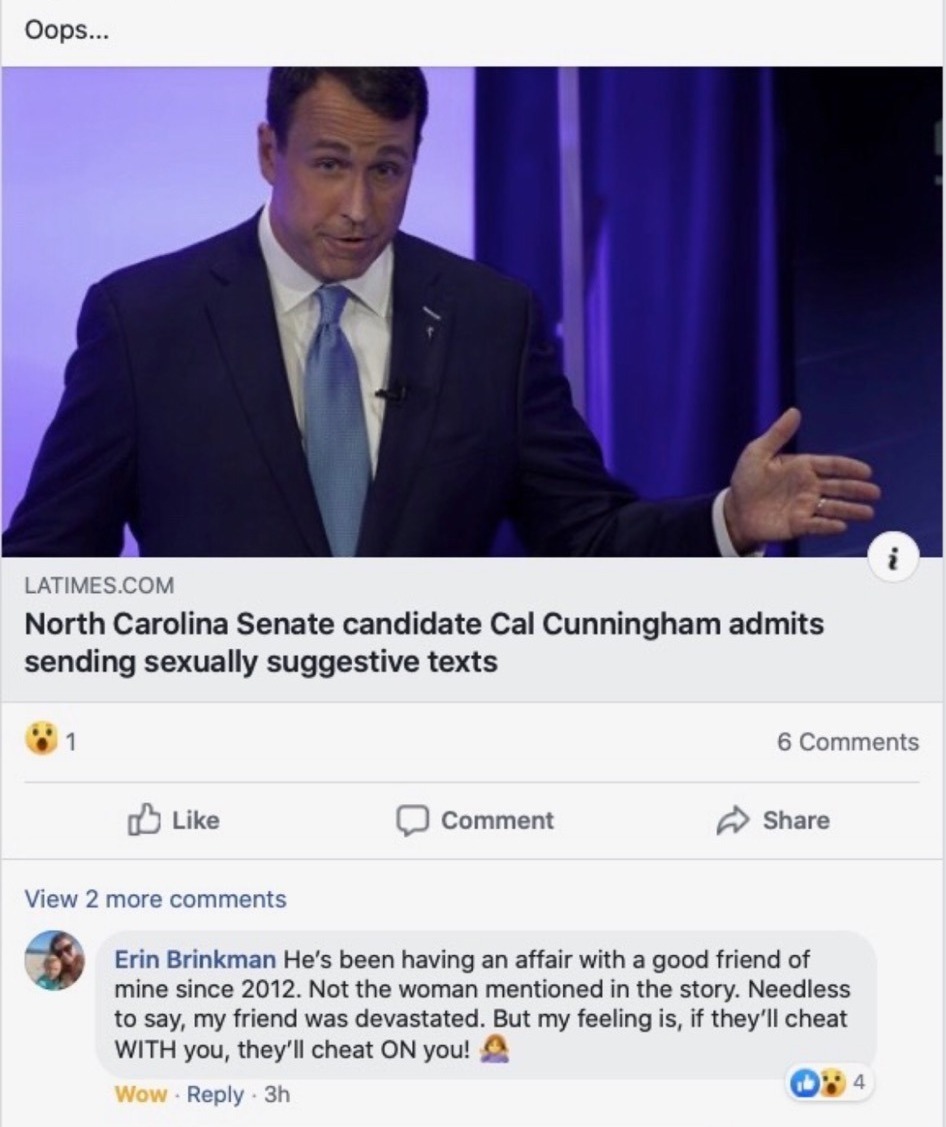 Potnt is one of the country’s leading cannabis and hemp lobbying companies. According to its Crunchbase profile:

Potnt has quickly emerged as one of the most valued public relations and integrated marketing agencies in the cannabis, hemp and ancillary spaces. Our network of professionals in Charlotte, New York, San Francisco and Reno is quickly expanding. We’re driven by our entrepreneurial spirit, deep start-up and tech experience and our authentic personalities.

In the text messages published by National File, Cunningham references meeting Arlene and Matthew when wishing him a happy birthday. “Happy belated birthday to Matthew! Cannot believe he’s 8 years old,” wrote Cunningham. “He was so little when we met!”