North Carolina Democrat U.S. Senate candidate Cal Cunningham is swapping sexts and arranging to meet with the wife of an Army veteran, NATIONAL FILE has exclusively learned. Arlene Guzman Todd is the female paramour of candidate Cunningham, according to a friend of Guzman Todd’s in North Carolina who spoke with our source. NATIONAL FILE has obtained sexual text messages exchanged between Cunningham and Guzman Todd. (UPDATE: Cal’s Mistress Has Nude Photos Of Cal, Slept With Him In Cal’s Family Home) (UPDATE: Former Cal Adviser Alleges Cal Has A Second Mistress)

Cal Cunningham, who is a married father of two, has focused his U.S. Senate campaign against Republican Thom Tillis on Cunningham’s service as a veteran in Iraq and Afghanistan. But Cunningham is evidently engaged in extramarital activity with the wife of a fellow veteran.

Cunningham’s paramour Arlene Guzman Todd has been recently listed as media director of a marijuana public relations company and has been a California State University lecturer. Arlene Guzman Todd’s husband Jeremy Todd has been an active duty servicemember. Jeremy Todd was an Army Sergeant First Class who served in the U.S. Army with five combat deployments including in Iraq and Afghanistan, then studied at the University of Southern California in a determined bid to support his young family.

“My wife carried me through. She is really the superhero in all this. The wives are the unsung heroes of the military, the spouses that deal with everything. Without good wives and family, I don’t think soldiers would be successful in their missions and everything they do,” Jeremy Todd said of his military wife Arlene Guzman Todd. Guzman Todd has not returned requests for comment. 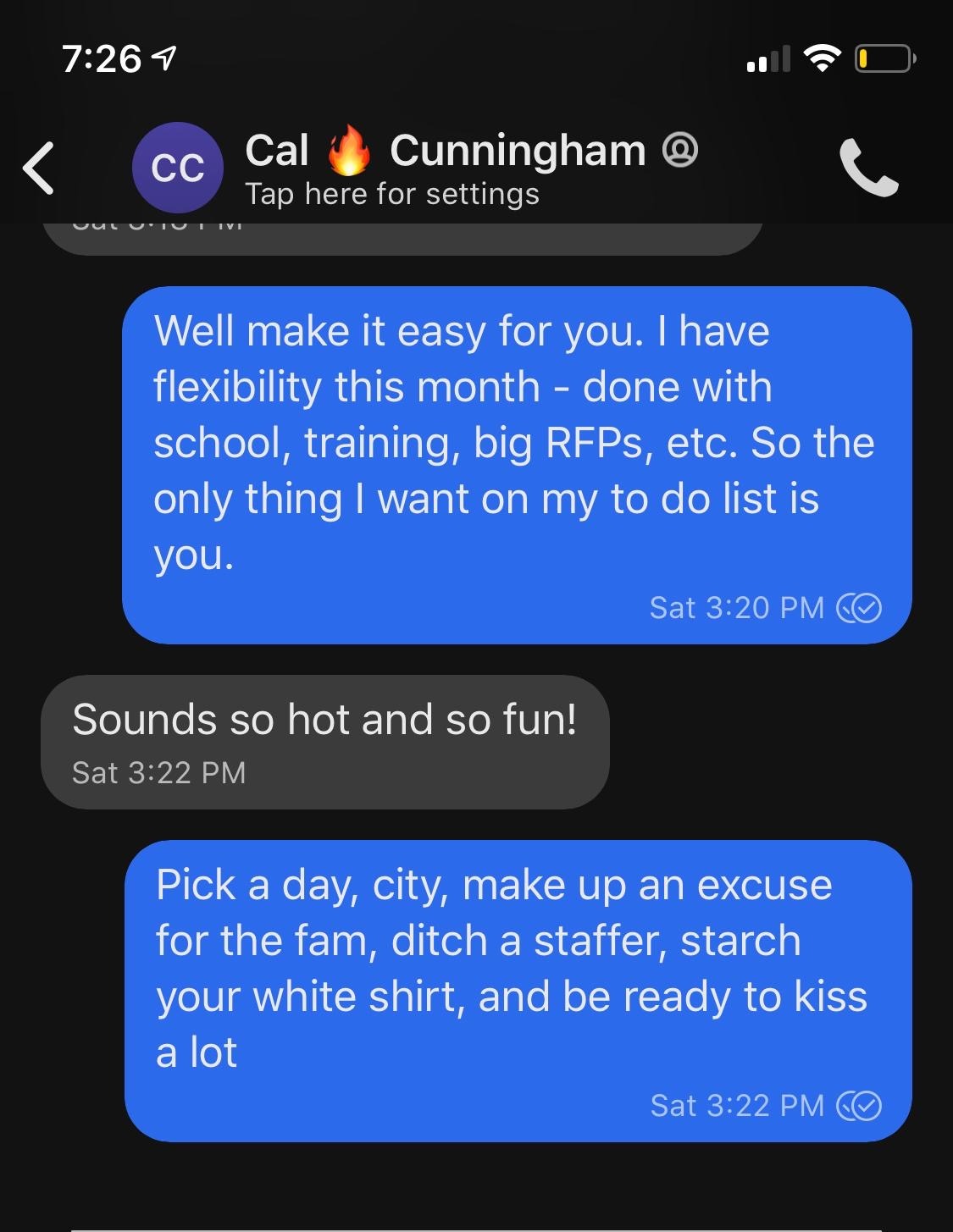