BlackRock Investment Institute has been shown to partake in backroom deals with the Chinese Communist Party (CCP).

It has been revealed that the registered agent in the State of California for Konnech Chief Executive Officer (CEO) Eugene Yu’s company, Michael Lee, worked for the BlackRock Investment Institute, the largest asset management firm in the world.

Yu was arrested on October 4th, and independent investigations since his arrest have revealed connections between Yu, his company Konnech, the Chinese Communist Party (CCP), the Department of Homeland Security (DHS), and the Department of Defense (DoD).

As for BlackRock, the investment firm currently has well over $10 trillion in assets. 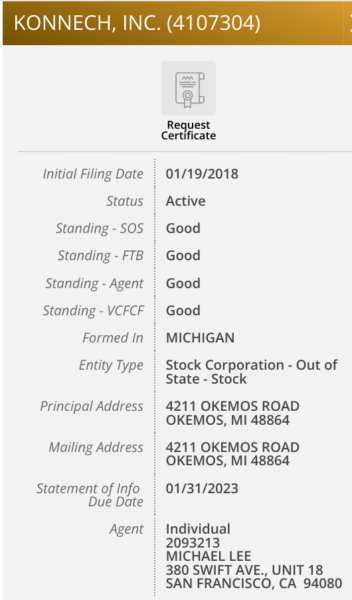 Michael Lee is listed as the registered agent with the registrant address listed at 380 Swift Avenue, Unit 18, San Francisco, California 94080. As the legally registered agent for Konnech, Lee’s responsible for the mail correspondence and legal communication for the company in the state. 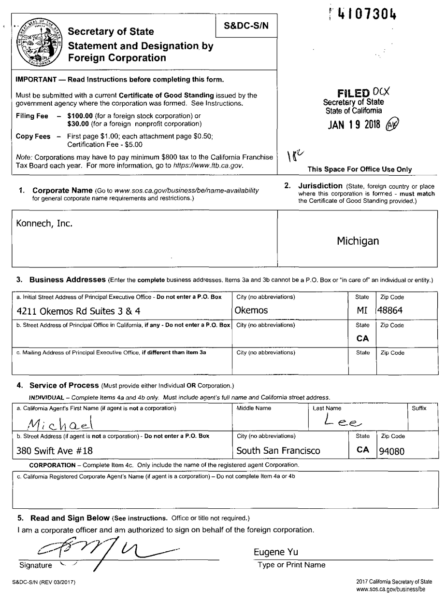 Both Michael Lee and Eugene Yu signed the Statement and Designation by Foreign Corporation document, which was filed on January 19th, 2018 with the Secretary of State of California.

Lee is a Certified Financial Advisor (CFA) and Client Relationship Manager currently at Aperio, and he received his BA in Economics from Cornell University.

“Before I came to Aperio, I was a member of BlackRock’s Managed Account business within the Portfolio Management Group (PMG),” Lee said. “In that role, I partnered with financial advisors and financial professionals to provide customized portfolios and wealth management solutions for high-net-worth and institutional clients across the West Coast.”

In addition to California, Lee is also a registered financial broker in New Jersey.

RELATED: The Konnech-tion: How China Has an Eye on US Elections

BlackRock has been widely criticized for its promotion of Environmental, Social, and Corporate Governance (ESG) policies.

Since the emergence of the progress driven ESG movement, the Securities and Exchange Commission (SEC) proposed a rule that requires companies to report climate risk data like emission levels, for example. In response, some states started to preemptively ban ESG scoring.

The CEO of BlackRock, Larry Fink, refers to ESG scores as “stakeholder capitalism.”

Consumer Research exposed BlackRock in October 2021, when it showed the connections between the investment giant and the People’s Republic of China (PRC), the Chinese Communist Party (CCP), and the People’s Liberation Army (PLA).

According to the consumer advocacy group Consumers’ Research, BlackRock has been in collusion with the CCP for some time.

“No amount of woke posturing can hide what BlackRock is really up to. The idea that an American company is taking billions of dollars and using it to bet on China’s success is extremely concerning,” Consumers’ Research Executive Director, Will Hild said. “We cannot allow this to continue. Funneling Americans’ hard earned retirement savings to China is unsafe from both a national security and financial perspective.”

On October 10th, South Carolina State Treasurer Curtis Loftis (R-SC) made the announcement that The Palmetto State would divest 100 percent of its holdings from BlackRock by the end of the year.

Louisiana recently announced a divestment of $794 from Fink’s company and after Texas accused the business of “boycotting” energy companies the Lone Star State divested state pension funds from its holdings.

This intelligence was originally reported by Harry The Greek, Editor-in-Chief of NewsOthersMiss.

RELATED: True The Vote Co-Founders Gregg Phillips and Catherine Engelbrecht Arrested by US Marshals After Refusal To Identify Source