An investigative reporter for The National File was set up in an apparent intelligence operation and he and his bodyguard were forced to leave the country under the protection of an armed escort.

On Friday November 18th, Addison Basurto, an American journalist for The National File, along with his bodyguard, were attacked by Miguel Contreras, Second Secretary at the Embassy of the United States of America in Brasilia, Brazil while FBI Agent, Kristin Parkhouse, was present during their investigation and reportage on the largest pro-liberty demonstrations in the history of the Federative Republic of Brazil. 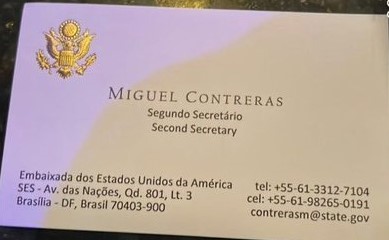 The attack occurred after the journalist requested to have his backpack returned, which was in the diplomatic-plated vehicle in which Contreras drove the duo to the “Jungle Bar,” an establishment owned by Renato Tebet, 33, the cousin of Simone Tebet, an ally of Luiz Inacio “Lula” Da Silva, who placed third in the 2022 Brazilian presidential election.

US State Department employee, Miguel Contreras, attacked my bodyguard and I in Brasilia, Brasil.

I was told by an asset, "The Beard," that I would end up in a "ship in the middle of the f****ing ocean in a blacksite." 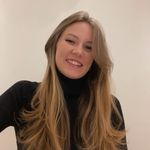 After a young red-headed woman, Roberta Cahú, along with several other patrons at the bar, succeeded in getting the writer’s bodyguard to leave the table and speak with the young lady, a bearded man who had been buying drinks for all of the patrons of the bar sat across the table from the young writer and began to attempt intimidate him. 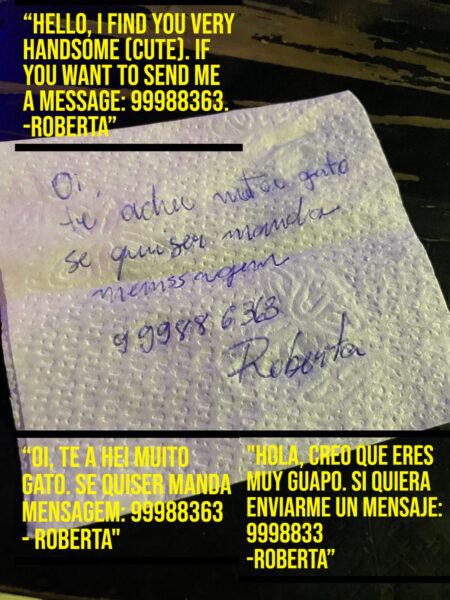 The bearded man, who claimed his name was “Dominic,” appeared to be an ally of Renato Tebet and sat down at the table across from the National File writer.

Dominic told Basurto that “we are reading every text, every [cell phone] ping, every article you write.” He told the American reporter that “the election has already been decided, and there is nothing you can do about it.”

He repeatedly asked the journalist to “go for a walk” with him, to which the American replied, “I’m not going for a walk with you.” Dominic, who has bought drinks for the entire bar, also attempted to get the National File reporter to consume more and more alcohol.

After the asset failed to get me to drink some of his alcohol, he later told me he has experience working in both Iraq and Afghanistan.

He appears to make eye contact with "FBI supervisor," Kristin Parkhouse, who has both U.S. State Department and FBI emails.#brazil #brasil pic.twitter.com/syKqOYcQhf

He also told Basurto had experience working in both Iraq and Afghanistan.

“Dominic” told Basurto that the redheaded woman sitting next to his security officer was with his group. “She’s with us,” Dominic said.

After Basurto notified his security officer that they had walked into an intelligence trap, the pair attempted a counterespionage attack, with the bodyguard recording the interactions between “Dominic” and Basurto.

Dominic then attempted to mock the journalist for notifying his bodyguard what was happening.

“You know I’m smarter than you, right?” the journalist told the man who called himself Dominic.

The man, who appeared to speak French and had a noticeable accent, told the journalist “Yeah, and then you [will] end up in a ship in the middle of the fucking ocean in a black-site.”

Dominic admitted that he was “at work.”

“You keep making videos of me. You want to make a video of me drinking at work?” the man asked the journalist.

“You know her, don’t you?” the journalist asked.

“No,” the man called Dominic replied.

After the investigative reporter, Basurto, requested for the return of his backpack, which included all of his electronics and notes, Contreras, the U.S. State Department employee, turned on a dime and became belligerent towards both him and his security officer. He then verbally abused Basurto and physically attacked him multiple times, after which the reporter’s bodyguard put Contreras on the ground before the guard was held back by the owner of the bar, Renato Tebet.

Basurto held the attacker on the ground but did not strike him. After several seconds Contreras relented and said he would return the backpack.

Earlier in the evening, Renato Tebet, the owner of both the “Jungle Bar” and “Dobe,” the first locale where at the reporter interviewed a local conservative campaign manager and a lawyer, told Basurto that he stood to “make a lot of money” if Lula took power on January 1st, 2023.

It was after this comment was made that Parkhouse, the alleged FBI supervisor, told the investigator that he would “make a good CIA agent.”

Stay tuned to National File for more updates on the political unrest in Brazil.