SDNY Is Out of Control

Super-lawyer Robert Barnes is speaking out regarding the politically motivated prosecution of former White House chief strategist Steve Bannon and his associates at the “We Build the Wall” project, providing insightful criticisms of the case that could be used by the Bannon defense team.

Barnes, whose expertise is highly sought after both in the legal realm and in the world of independent media, breaks down why the Southern District of New York (SDNY) is wrong to charge Bannon, Brian Kolfage, and Andrew Badolato with wire fraud, which would essentially set the precedent that “you could indict 90 percent of charities in America. You could indict every single political campaign in America.” The case is especially spurious considering that We Build the Wall actually did build a portion of Wall on the southern border and was only getting started in its efforts to build more.

FULL DISCLOSURE: I worked for Steve Bannon, an independently wealthy patriot, during the 2016 election as a reporter for Breitbart News and saw firsthand Bannon’s genuine commitment to getting a Wall built on the U.S. Southern border.

#Bannon summary: Bannon received $; Bannon gave $ to someone else; Feds claim donors as source of $; somebody (not Bannon) told donors someone else (not Bannon) wasn't getting paid $ from donor funds. 90%+ of donor funds went to donor project. NO evidence ANY donor complained.

Read #Bannon indictment. Weak! Basically, they want to blame Bannon for statements made by people OTHER than Bannon, and make it a big federal crime that a way-below-market rate was paid to those running the project. Far MORE donor $ went to the project than MOST charities.

The #Bannon indictment is a complete misuse and abuse of venue provisions (remember that when #Barr & #Durham apologists tell you they cannot bring charges outside DC). The only connection to SDNY is that a few donors exist there. That is not an appropriate basis for venue. #SDNY

How is it fraud if the people supposedly "defrauded" don't claim they were defrauded? #Bannon

“If this indictment is held up, you could indict 90 percent of charities in America. You could indict every single political campaign in America,” Barnes said in a revelatory long-form interview with vlogger Viva Frei.

Wounded veteran Brian Kolfage, the face of We Build the Wall, snapped back at SDNY for what he says is an absurd characterization of his personal lifestyle. 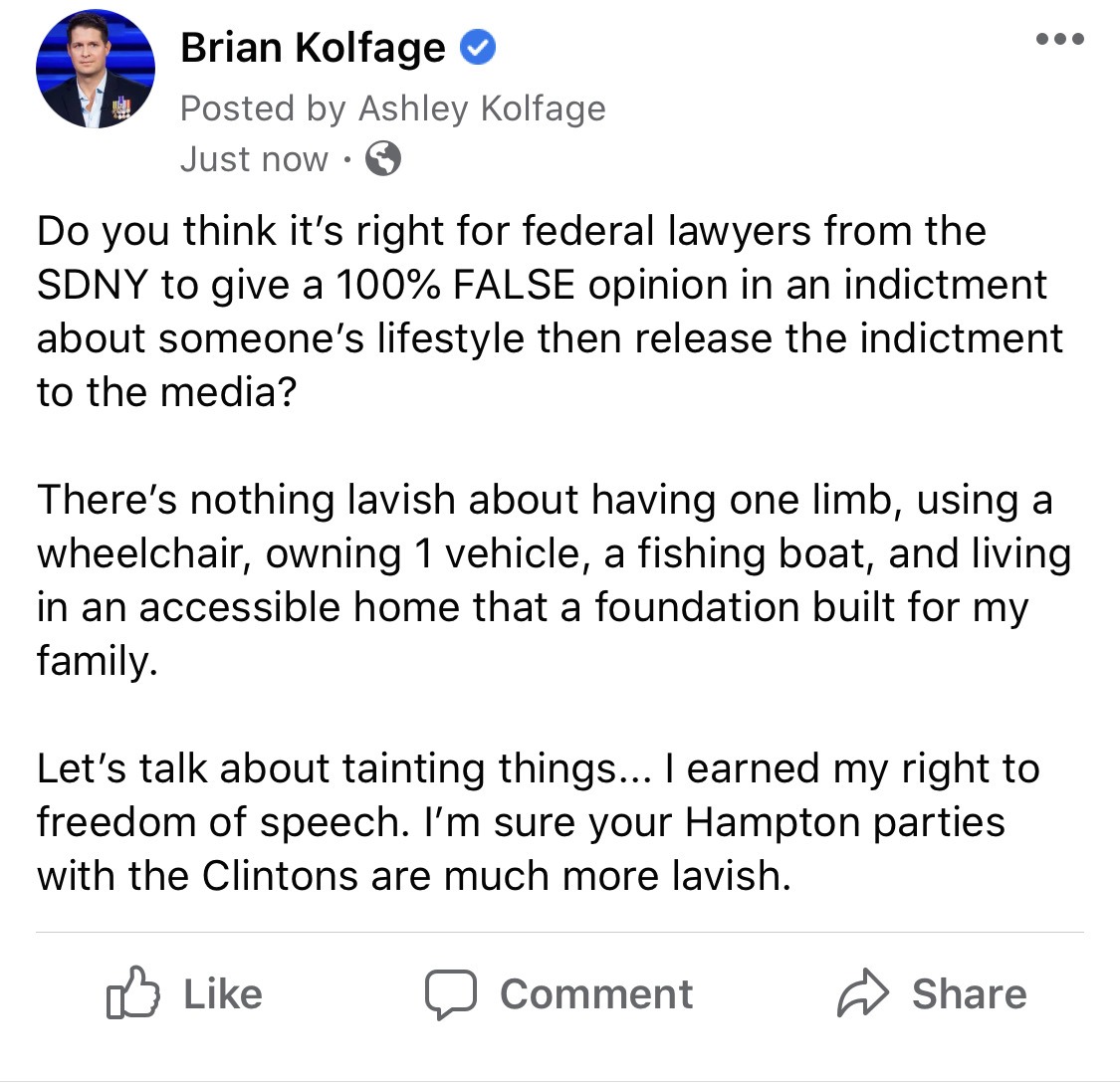