The Biden regime’s Secretary of State Tony Blinken was reportedly summering in the Hamptons the day that the Taliban sacked the city of Kabul, underscoring the apathy that the Biden administration has shown for Americans and Afghans trapped in the fallen desert country. The Biden administration also reportedly handed a list of American citizens and Afghan allies to the Taliban, effectively putting a target on the backs of innocent bystanders during the chaos.

The Daily Mail reported: “Secretary of State Antony Blinken was reportedly vacationing in the Hamptons just hours before Kabul fell to the Taliban, despite warnings that the city was at risk. Blinken was one of several top-level Biden administration officials to have gone on vacation the Friday before the Afghan capitol was taken by the group on August 15.  President Joe Biden himself was also on a trip away, and had arrived at the presidential retreat at Camp David that day. Blinken was already on vacation, according to a timeline of the events leading up to Kabul’s capture compiled by the Washington Post…The Blinkens have longtime had a presence in East Hampton, where Blinken’s father Donald Blinken, a former US ambassador to Hungary under President Bill Clinton, has lived seasonally for more than 50 years, the East Hampton Star reported.  The elder Blinken had designed the stucco home on Lily Pond Lane himself, and it sits beside that of his younger brother, Robert’s, the New York Times reported in 1972.  It is not clear if the Secretary of State was staying with family or holidaying separately as the situation in Afghanistan collapsed.” (Daily Mail passage concludes)

As NATIONAL FILE REPORTED: Tony Blinken managed a Joe Biden project that received millions of anonymous Chinese donor dollars. Blinken appeared a handful of times in emails found on Hunter Biden’s laptop agreeing to advise Hunter Biden when Hunter worked at the scandal-plagued firm Rosemont Seneca Partners. The Obama State Department set up a meeting between Hunter and Blinken which was postponed, and the two met two months later in 2015.

Hunter Biden coordinated introductions between Blinken and his associates, and Blinken was named in an email in connection to a shady prospective deal involving the federal government and Amtrak, a company that previously had Hunter Biden on its board. NATIONAL FILE, which obtained most of the contents of Hunter’s laptop, features the most relevant Tony Blinken-Hunter Biden emails below…Blinken’s link to Biden’s China dealings is especially concerning. 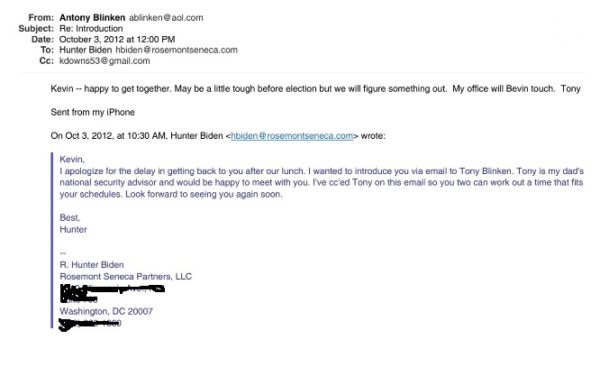 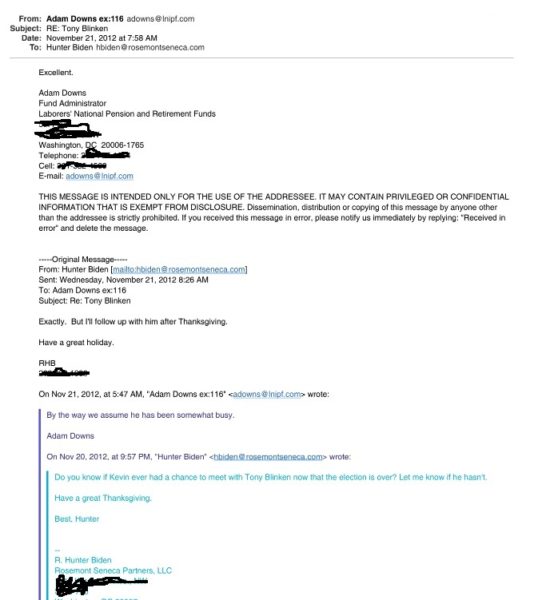 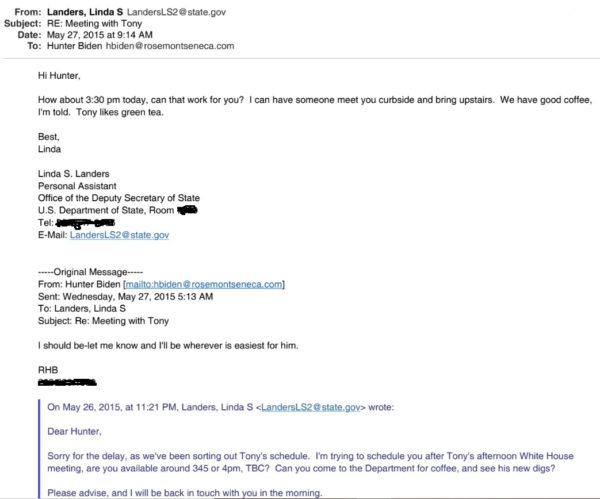 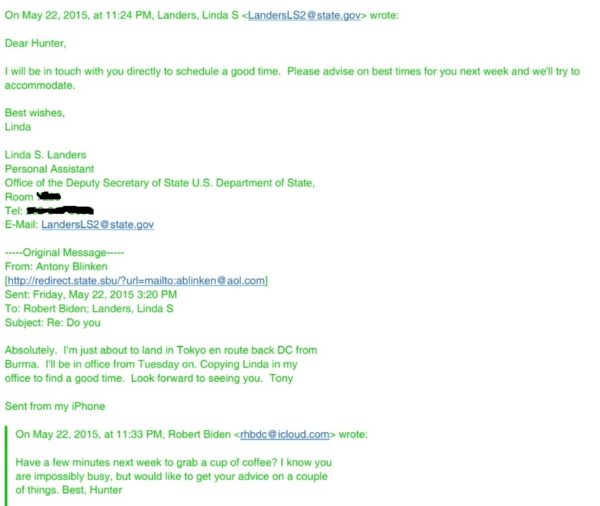 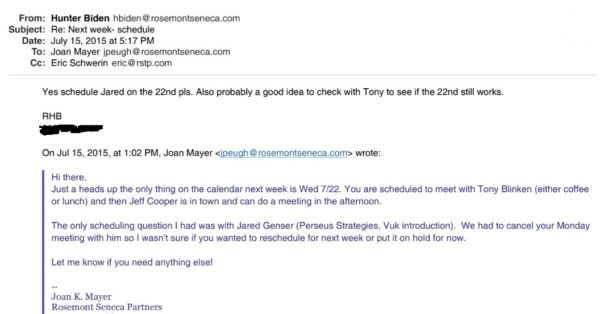 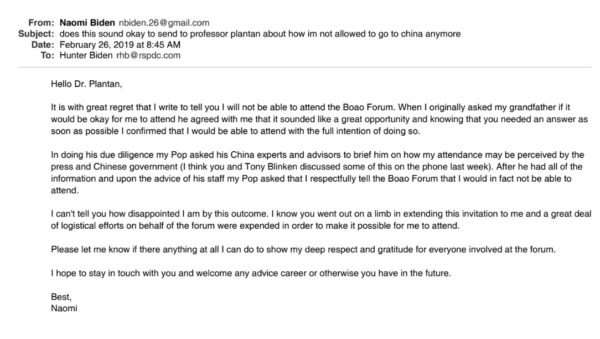