The mother of a Marine killed in the suicide bombing attack on the Kabul airport has condemned Joe Biden as a “feckless, dementia-ridden piece of crap” and said that people who voted for Biden “just killed my son.” The Biden regime’s Secretary of State was reportedly summering in the Hamptons immediately before the Taliban sacked Kabul, and the Biden administration failed to stop the August 26 Kabul airport attack days after the U.S. Embassy in Kabul issued a security alert for the area around the airport on August 21.

“Twenty years and six months old getting ready to go home from freaking Jordan to be home with his wife to watch the birth of his son and that feckless, dementia-ridden piece of crap just sent my son to die,” stated Kathy McCollum, the mother of fallen Marine hero Rylee McCollum, when she called into Andrew Wilkow’s SiriusXM show. McCollum revealed that “I woke up at 4 o’clock this morning. Two Marines at my door telling me that my son was dead. I just want all you Democrats who cheated in the election or who voted for him legitimately, you just killed my son.”

Mother of U.S. Marine Rylee McCollum, who died in the Kabul bombing: “all you Democrats… who voted for [Biden], you just killed my son… never would have happened under Trump.” pic.twitter.com/74eZ24jwaE

The Joe Biden regime stood by as 13 members of the United States military and over 160 Afghan people were killed in a suicide bombing attack on the airport in Kabul, Afghanistan on August 26, days after the U.S. Embassy in Kabul issued an alert about “potential security threats outside the gates at the Kabul airport.” The Washington Post has reported that the Biden administration allowed the Taliban to assume control of the city of Kabul prior to the terrorist attack.

The U.S. Embassy in Kabul, Afghanistan issued a security alert on August 21, five days before the attack, that stated: “Event:  Because of potential security threats outside the gates at the Kabul airport, we are advising U.S. citizens to avoid traveling to the airport and to avoid airport gates at this time unless you receive individual instructions from a U.S. government representative to do so.” 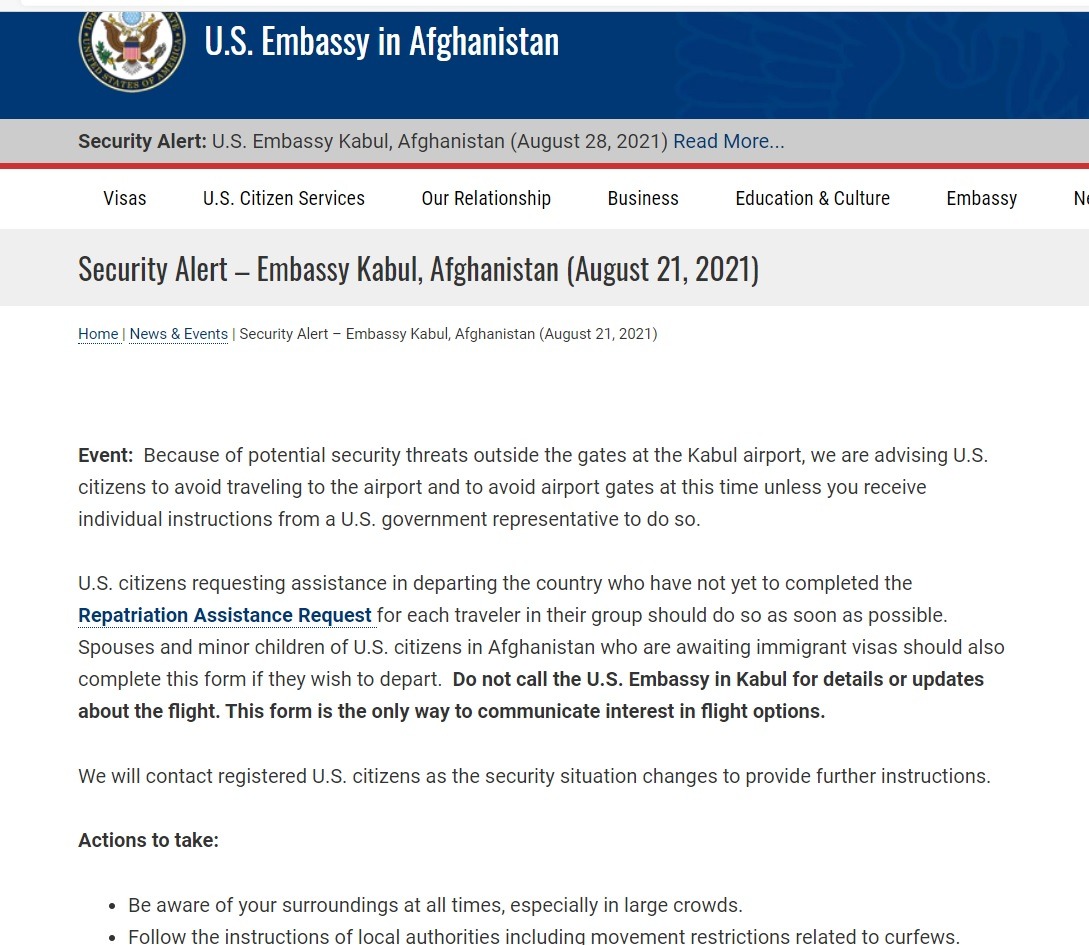 NATIONAL FILE reported: During an event in which Joe Biden presided over the bodies of fallen US Marines during the dignified transfer ceremony at Dover Air Force Base, the President appeared to check his watch, drawing national outrage as many viewed the move as inconsiderate and selfish given the circumstance and setting.

In the middle of a dignified transfer ceremony for the fallen US Marines that were recently killed in Afghanistan, Joe Biden appeared to check the time on his wrist watch, drawing outrage from many who viewed the move as incentive, inconsiderate, and selfish.