Bruce Springsteen’s E Street Band guitarist and Sopranos actor Stevie Van Zandt revealed that his friends in the Federal Bureau of Investigation (FBI) told him that Antifa does not exist, despite massive and very clear evidence of Antifa’s existence all over the United States. Perhaps this helps explain why the federal government has not treated Antifa like a domestic terrorist threat. President Donald Trump has vowed to classify Antifa as a domestic terrorist organization. 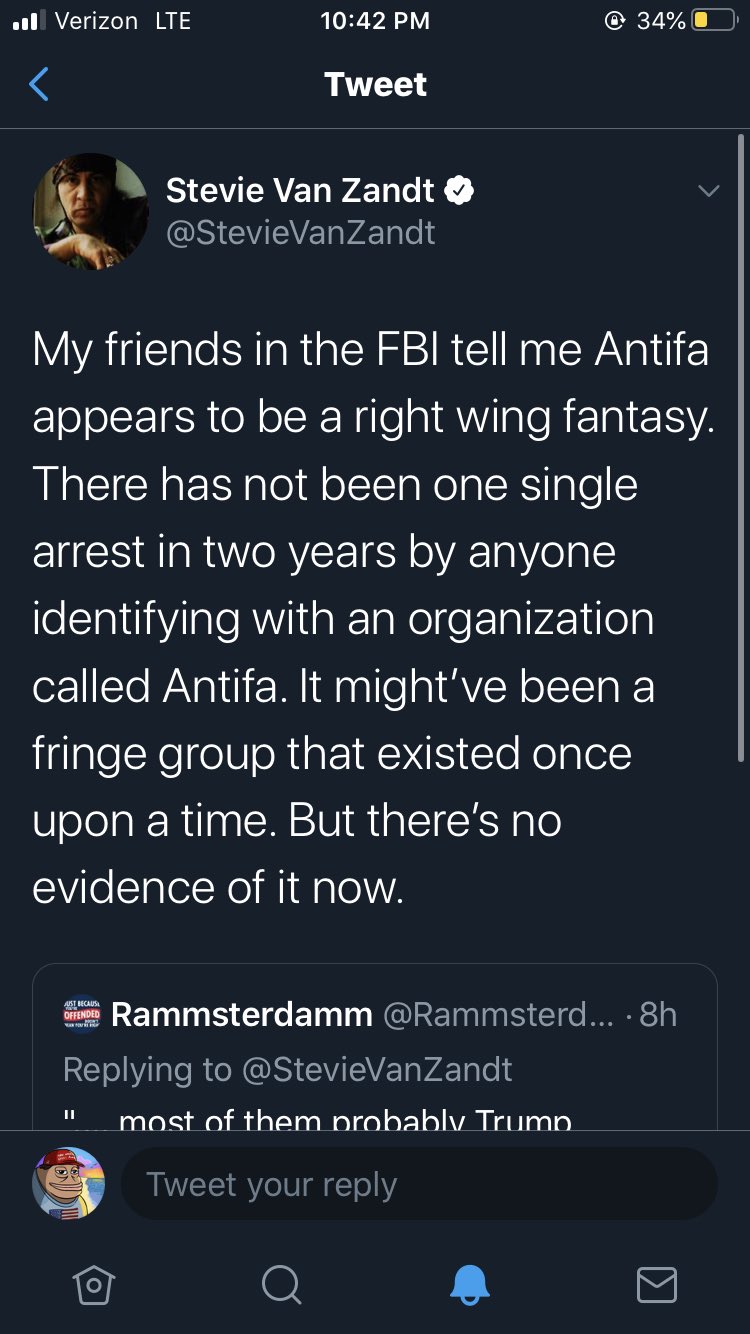