Sam Smith, the “non-binary” singer who changed his pronouns to “they” and “them,” has announced his new album will focus on “gender” and “queerness.”

Sam Smith, 27, who first came to prominence in 2012, and sang the theme tune for the 2015 James Bond film, Spectre, said that his new album was “really deep into exploring my gender, exploring my queerness.” Smith changed his pronouns last year, coming out as “non-binary” and “genderqueer,” in that he doesn’t identify as either a man or a woman.

Smith told the Press Association that after changing his pronouns, he was “feeling so happy to be [himself]”:

I was going out in Los Angeles a lot and I was dancing and I was drinking loads, having a wonderful time with all my friends. I went into the studio and the guys who were writing with me said, “what do you want to say?” And I literally said in that moment, “I finally feel like I’m ready to fall in love. I’m ready to show myself to someone. Because I’m liking myself for the first time and accepting myself.”

Smith was recently blasted after posting an image on his Instagram captioned “stages of a quarantine meltdown,” showing himself crying over the apparent stress of being locked inside due to the coronavirus outbreak. 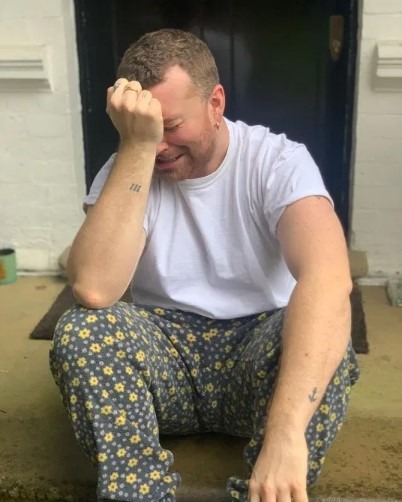 Many were quick to point out that Smith was comfortable in his spacious mansion, a luxury that ordinary folk don’t have. Smith ended up deleting the post, and backtracking, claiming it wasn’t really a meltdown, just “bad timing”:

It wasn’t [a meltdown]. It was more – it was six weeks ago I posted a picture and everyone else was posting pictures, it was probably bad timing of me, but I use my social media as if it’s just my friends on it. I posted with my humour and stuff, but it just didn’t get picked up very well, but I didn’t mean any malice by it at all. Yeah, you know me, I’m always sharing all of my feelings all the time and trying to be as human as possible but sometimes maybe people can read it wrongly but that wasn’t really meaning it in a malicious or nasty way, I was just trying to be myself.