Samuel Evans — an assistant principal at Penncrest High School in Delaware County, Pennsylvania — tweeted that he would “pull up” on any white person who denies that they are inherently racist. In another tweet, the assistant principal claimed that Trump voters are “complicit” in upholding “white supremacy.” The Rose Tree Media School District — where Evans is employed — vows to cultivate a “socially-just and anti-racist school community” as part of its “Inclusivity and Belonging” goals.

“Dear White People: saying that ‘you don’t have a racist bone in your body.’ means nothing to Black People. What we (Black people) want to hear and see is that you are anti-racist and you are committed to an anti-racist lifestyle,” Evans wrote in another tweet with the same theme. 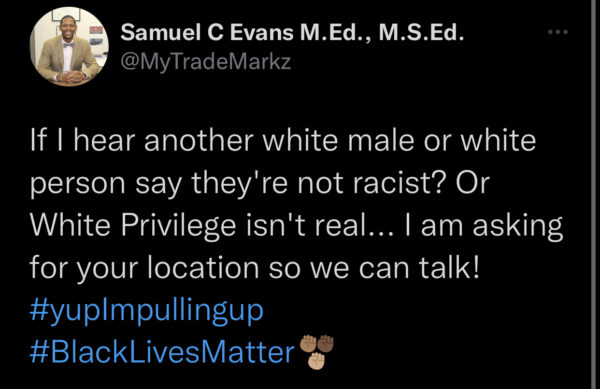 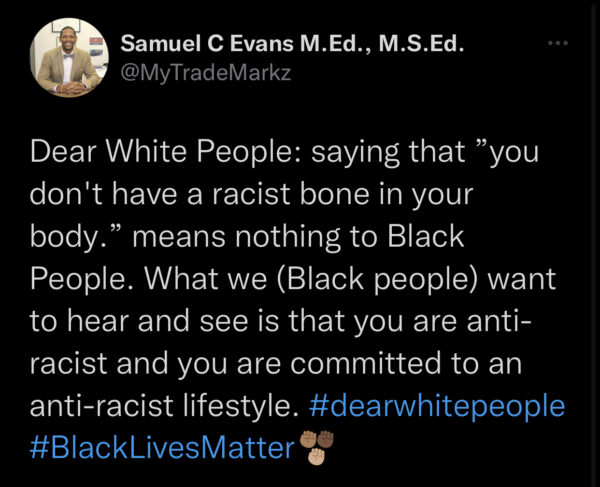 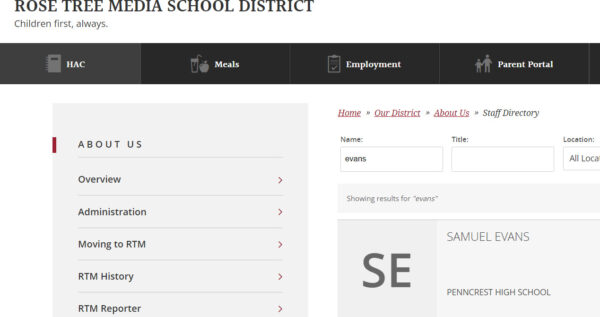 Those are far from the only tweets on the subject of white people from the Penncrest High School principal — a district where white students make up 81.2% of the student body.

“From now on and no matter where I am at or what the repercussions are… I am holding every white person accountable when it comes to this nonsense… If you don’t like it, please delete,” Evans wrote during the height of the George Floyd riots in 2020.

“It’s past time for Black and Brown children to force community leaders to dismantle and abolish white education institutions that aren’t committed to the FULL LIBERATION of our children!” he wrote in another. 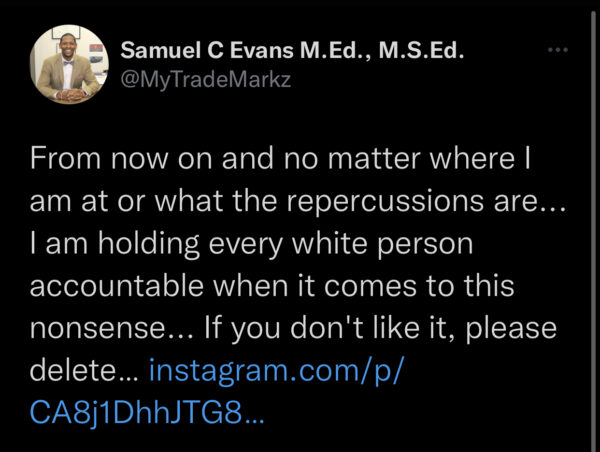 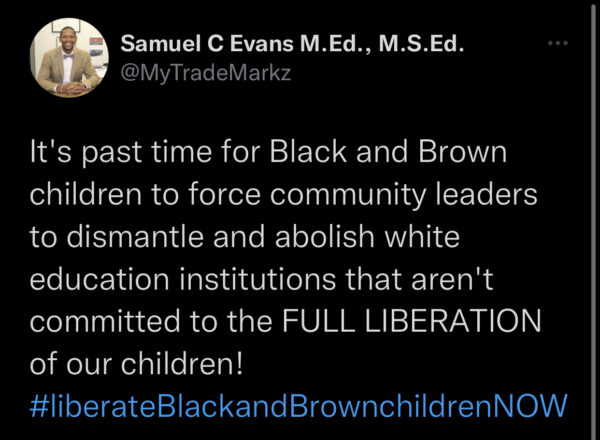 Mr. Evans has also stated that people who voted for Donald Trump are “complicit” in upholding “white supremacy” and the notion of “white superiority.”

“Trump did two things in the presidential debate last night: he preserved white supremacy and the myth of white superiority! On national TV, he put a condition on his condemnation of white supremacy & if you decide to vote for him, you’re complicit in his words & behavior,” Evans wrote. 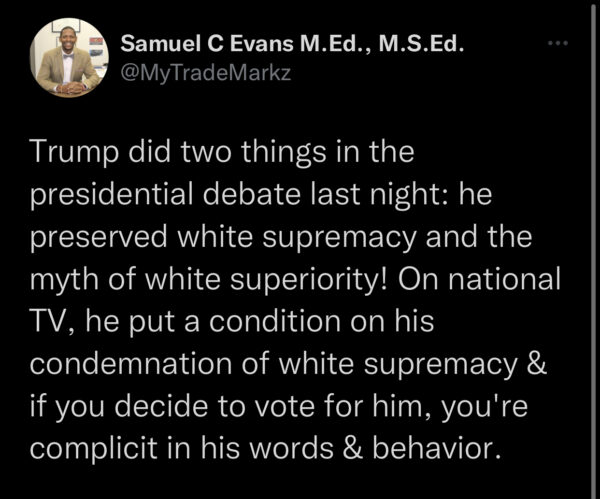 Mr. Evans has even classified critical opinions from district parents as “white supremacy” and “anti-black” rhetoric. “The ignorance I see and have to deal with in my school district is mind blogging. It’s crazy how people use covert tactics to protect white supremacy and promote their anti-black rhetoric!” wrote the assistant principal in a tweet last month. 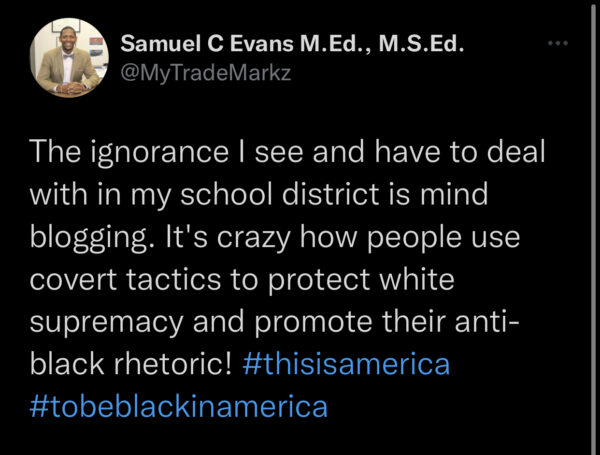 Mr. Evans is employed by the Rose Tree Media School District, which vows to cultivate a “socially-just and anti-racist school community.”

The philosophy of “anti-racism” goes above and beyond simply “not being racist.” It demands an active resistance to “racism” and “racist structures,” among other things. The ideology encompasses many of the same themes as the often-mentioned “critical race theory.”

One Media resident — who asked to remain anonymous — told National File that leftist political ideology is very much a part of the district’s curriculum. “The School Board is comprised entirely of Democrats (9). The Superintendent, Assistant Superintendent, The Director for Safe and Inclusive Schools, and many other administrators and teachers are leftists. They put all of their time and energy into propagandizing our children with their political world view instead of teaching them reading, writing, and arithmetic,” the parent said.

“They’ve squandered hundreds of thousands of taxpayer dollars, creating useless administrator positions and indoctrinating our teachers into Social Emotional Learning and Trauma Informed Pedagogy,” the parent went on to say. “Frankly, the left-liberal ideology that has infiltrated our public schools is as bad as it is anywhere in the country.”