The video was privated after receiving an unfavorable dislike ratio. 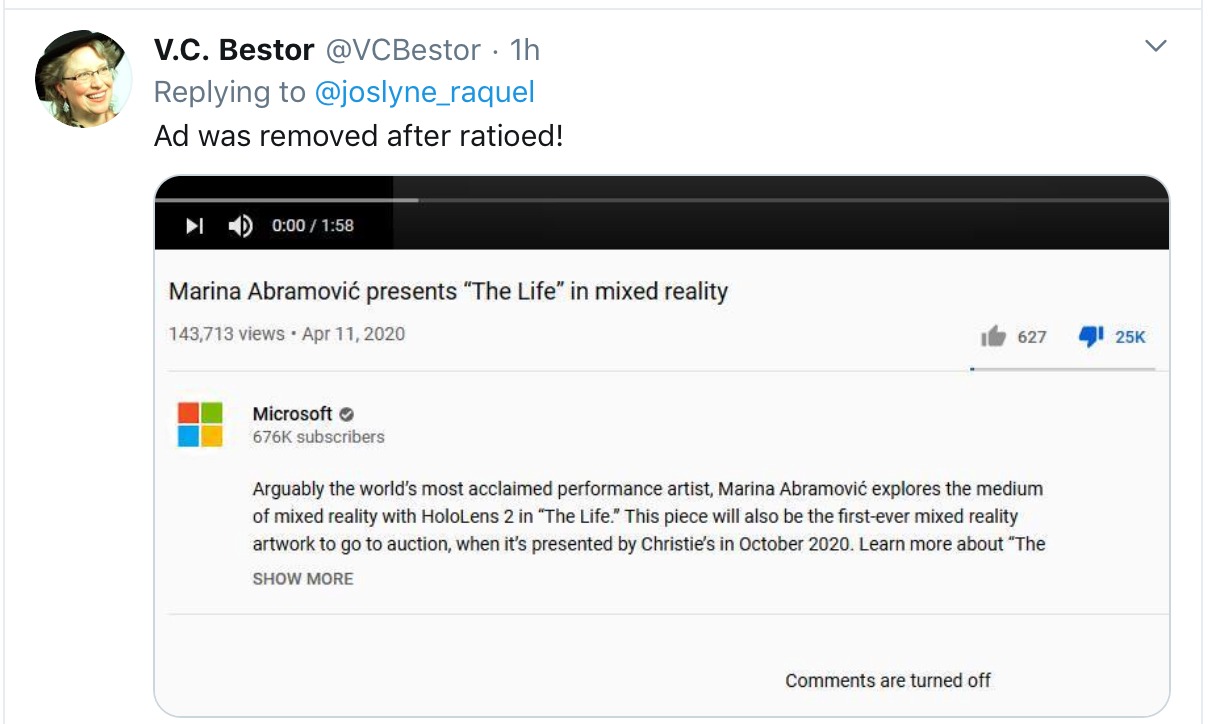 Microsoft did not release a statement explaining why the video was later set to “private” mode.

An article about the Abramovic piece was also removed from microsoft.com, though the headline still appears in Google search results.

Although the article can no longer be found on microsoft.com, The Observer wrote about Abramovic’s new “mixed-reality” performance.

Abramovic received national notoriety in 2016, when the Wikileaks Clinton email leaks revealed an invitation to her “Spirit Cooking” party was forwarded between brothers John and Tony Podesta.

In a leaked email between Clinton’s campaign chairman, John Podesta, and his brother Tony Podesta, an invitation from Abramović is forwarded. It reads: “I am so looking forward to the Spirit Cooking dinner at my place. Do you think you will be able to let me know if your brother is joining?”

The act of spirit cooking involves Abramović using pig’s blood as a way of connecting with the spiritual world, to cook up thoughts rather than food. A video of the practice shows her writing various statements with the blood, such as “with a sharp knife cut deeply into your middle finger eat the pain”.

The commercial for Abramovic’s “The Life” that was hidden by Microsoft was saved and posted to Twitter, and can be seen below.