Screenshots from the defendant's Facebook page suggest she holds ties with a Miami Antifa group and supported violence against police.

by Paul Aubert
in News

Two Florida residents have been indicted by the Department of Justice over charges alleging they vandalized a pro-life health center with threats.

Caleb Freeston, 27, and Amber Smith-Stewart, 23, are facing up to 12 years in prison if convicted of vandalizing the Life Choice Pregnancy Center in Winter Haven, Florida in June 2022.

Following the Supreme Court decision overturning Roe v. Wade, the pro-life center was vandalized with the messages “If abortions aren’t safe than niether [sic] are you,” “WE’RE COMING FOR U,” “YOUR TIME IS UP!!,” and “We are everywhere.”

The DOJ’s indictment suggests the two suspects may have targeted two other pro-life reproductive health centers. “The indictment further alleges that facilities in Hollywood, Florida, and Hialeah, Florida, were also targeted.”

Screenshots from Smith-Stewart’s Facebook suggest the 23-year-old holds ties with a Miami Antifa group and supported violence against police. 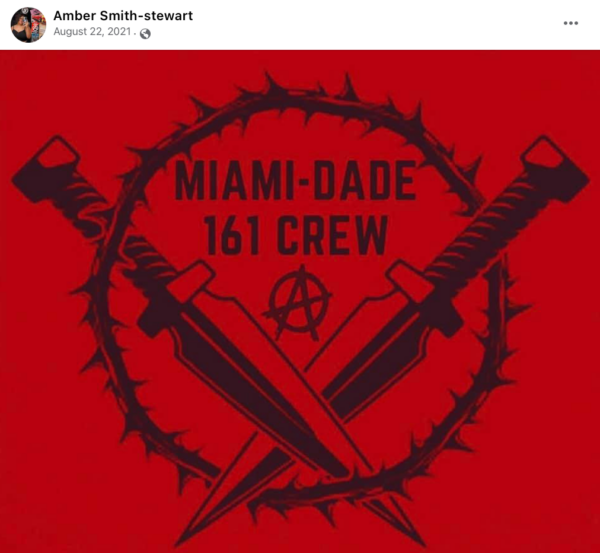 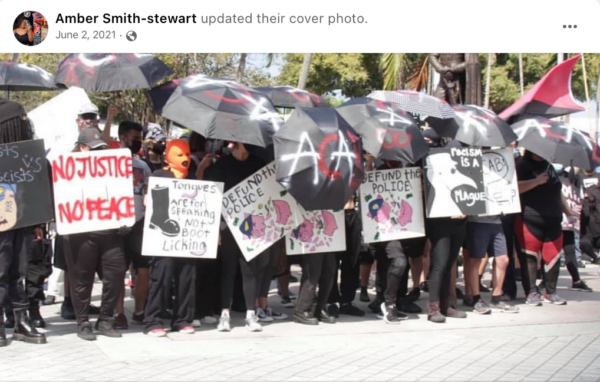 Freestone and Smith-Stewart also may have violated the Freedom of Access to Clinic Entrances Act (FACE Act), allegedly threatening and attempting to intimidate employees at the Winter Haven reproductive health facility.

Images of Freestone and Smith-Stewart were posted to Twitter.

Preceding the Dobbs decision which led to Roe v. Wade being overturned, a violent far-left group, Jane’s Revenge, vowed a “night of rage” should the right to abortion ends.

The FBI launched an investigation into the group in June 2022.