How Many Times Are The Feds Going To Be Involved In Violent Incidents In America?

How Many Times Are The Feds Going To Be Involved In Violent Incidents In America?

This Is Getting Out Of Hand

by Patrick Howley
in commentary

Current or former federal government agents seem to constantly find new and creative ways to become involved in episodes of violence in America, leading many truth-minded Americans to seek out alternative media sources to learn about the extent of Fed involvement in the violent breakdown of society.

With law enforcement reportedly investigating the Buffalo shooting suspect’s possible interaction with a former Federal agent in a chat room — where the suspect reportedly shared his plan for the shooting ahead of time — some people are shaking their heads and remembering the involvement of the Feds in the so-called Gretchen Whitmer kidnapping plot and other cases.

‘HAVE A MARGARITA’: Psaki Instructs Americans To Go Boozing If Upset With Biden’s Presidency

As the Truth movement knows, the federal government is a globalist virus that seeks to create chaos that can be shaped into their authoritarian New World Order. Thus, truthers will always question the motives of the globalist government so long as that government advances an agenda of borderless anarcho-tyranny to embolden the police power of the State and to disempower the common people.

The globalist subversive state actually benefits from mass violence because the people are disempowered when they are afraid. Globalist puppet politicians use fear to generate leftist support for gun confiscation. Thus, skepticism of the Feds is healthy, justified, and vital to the survival of free people. Below, here is a list of some reports of Fed involvement in cases of violence or potential violence, courtesy of a concerned citizen: 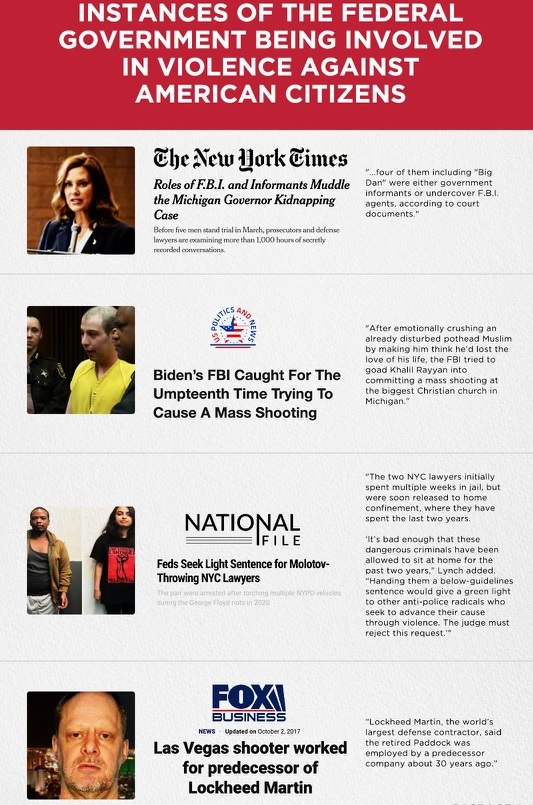 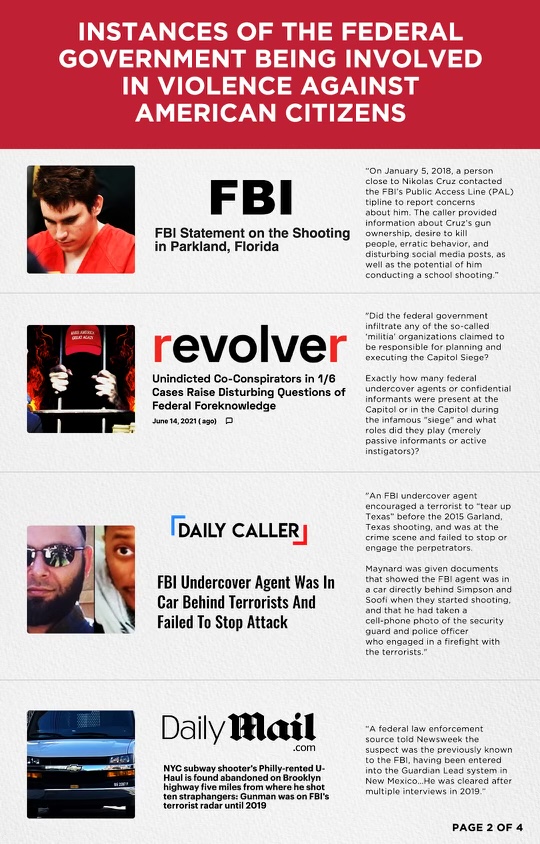 RELATED: U.S. Marshals Reportedly Handcuffed a Robb Elementary Parent Whose Children Were in the School as Massacre Unfolded

‘HAVE A MARGARITA’: Psaki Instructs Americans To Go Boozing If Upset With Biden’s Presidency