Fairfax County Public Schools were notified by police that middle school counselor Darren Thornton had been arrested not once, but twice on crimes of pedophilia and still failed to fire the convicted sex offender, granting him access to children for nearly two years after his initial arrest. In a public statement made this week, the left-wing school district pled ignorance of Thornton’s criminal history, but law enforcement has confirmed that school officials were notified of his arrests when they happened.

As National File reported yesterday, Darren Thornton, a now-former counselor at Fairfax County’s Glasgow Middle School, was arrested shortly after he was hired in November of 2020 and charged with soliciting a child for sex. Thornton was convicted of the felony pedophilia charge in March of this year and forced to register as a sex offender. He was also handed a 5-year suspended prison sentence.

Shortly after his conviction, Thornton was arrested once more, on June 13th, in a pervert round-up that was widely reported by local media.

According to the Chesterfield County Police Department, which arrested Thornton both in 2020 and 2022, Fairfax County Public Schools were promptly notified of both of his arrests, the first of which took place just weeks after he was hired by the school district.

Additionally, public records pertaining to Thornton back up the police’s assertion and prove that Fairfax County was indeed notified of his pedophilia and criminality, yet apparently failed to act.

Furthermore, the police say, “FCPS was notified again when Mr. Thornton was arrested again on June 9, 2022.”

The confirmation from the Chesterfield County Police Department that Fairfax County school officials were notified of Thornton’s child predation arrests when they happened flies directly in the face of statements made to parents, media, and the general public by Fairfax County Public Schools Superintendent Michelle Reid.

In that statement, Reid claimed that school officials had “acted swiftly” in firing Thornton upon becoming aware of his charges and conviction. As the police in Chesterfield County have confirmed, that statement was demonstrably false.

The failure of Fairfax County Public Schools to rid the child-filled academic environment of a convicted pedophile does not fall solely on Superintendent Reid, who has only held that position since June of this year. Her hiring was announced in April.

The previous superintendent, Scott Brabrand, who held the position both times Thornton was arrested and presided over the school district’s COVID lockdown and embrace of Critical Race Theory, is now the Executive Director of the Virginia Association of School Superintendents.

National File requested a comment from Brabrand for this article, specifically questioning why he failed to fire Thornton after his child predation was revealed and whether a superintendent with such a track record should be leading a statewide association of superintendents.

National File received no response by the time of this article’s publishing. 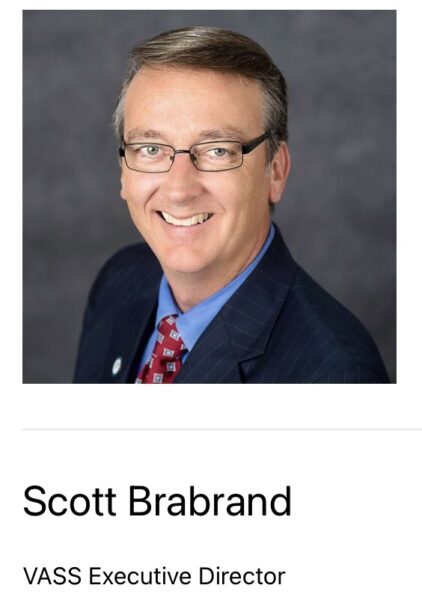