A live feed will replace the planned rally due to coronavirus.

by Kim Coulter
in News

The Motivated Armed Girls Of America were suppose to be headed to New Jersey on March 26 for a Women’s Second Amendment Rally that had been in the works since January.

There rally was expecting up to 5,000 people to gather at the Trenton Statehouse and the War Memorial around the corner where the MAGoA booth was meant to be set up.

Huge shoutout to @rufo4congress and the fine folks of the @LPMisesCaucus who have spent months putting in the work to organize and promote the rally! #AllGunControlIsRacist and #sexist

Three admins and 10 contributors were part of the still growing team that made this rally possible for The MAGoA. Thanks to the good-natured patriotism of the Proud Boys, there was also to be a decent number of individuals volunteering time to assist at the rally with security for the MAGoA.

This reporter started the Motivated Armed Girls of America only a few weeks ago, so it was a very exciting prospect to make an appearance in New Jersey to participate in this Women’s Carry Rally.

The freedom to carry a firearm empowers women who are more often the victim of assault to defend themselves and their families. It is important to help encourage women to not fear firearms, but instead embrace their rights and hopefully find a fun past time in learning how to shoot and maintain a gun safely. 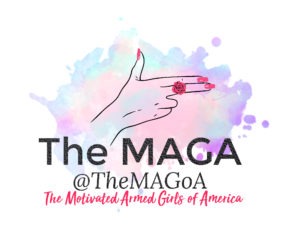 The Motivated Armed Girls of America are not abandoning the rally all together. The three admins will be hosting a publicly available live stream starting at 10 a.m. on March 26.

They will be talking about New Jersey gun policies, how to get a permit, and will be able to answer questions about guns and our mission as a group who of women who love guns.