Pedro Rene Paguada is an illegal alien, according to jail where he is being held.

by National File News
in Immigration

National File can exclusively confirm Friday that a man who was arrested in Cumberland County, North Carolina on 96 counts of child sexual abuse is an illegal alien.

North Carolinians For Immigration Reform and Enforcement (NCFIRE), an activist group, first posted about the arrest of Pedro Rene Paguada on its Facebook page on April 2.

Busted Newspaper, a tabloid that reports on arrests, is the only media outlet that even covered Paguada’s arrest. 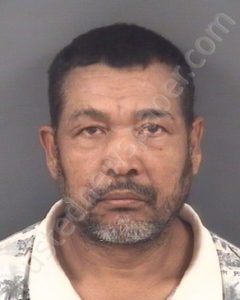 According to the Cumberland County Sheriff’s Office, U.S. Immigration and Customs Enforcement (ICE) has placed a detainer on Paguada, meaning that he is an illegal alien.

“He does have an immigration hold, yes,” a deputy in the Cumberland County Sheriff’s Office told National File.

Cumberland County, home to the city of Fayetteville, is a “sanctuary county” for illegal aliens, meaning that the ICE detainer will not be honored. If Paguada posts bond, which is set at more than $1.1 million, he will be able to walk free while he awaits trial.