“And he cried. Maybe he knows what he is doing and it’s worked but my feelings of guilt often are overwhelming.”

by Archive
in 2020, Exclusive, News, Politics

Yesterday National File published several pages from what our whistleblower has identified as the 2019 diary of Ashley Blazer Biden, the 39-year-old daughter of Democrat presidential candidate Joe Biden. In the diary, the author details more than one shower with her father, who the author seems to identify as Joe Biden, that she considers “probably not appropriate.” Other entries show her resentment of her father for his money and the control he has over her life.

In a chart created on page 90 of the diary, the author creates a list of people who she resents in one column then addresses the reason for her resentment in the next.

According to the chart, the author resents “Dad,” identified by our whsitleblower as Joe Biden, because of his money and “control.” 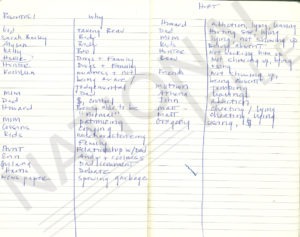 In another entry previously published by National File, the author seems to accuse her father of emotionally manipulating her by crying on the phone while feigning sympathy for her battle with drug addiction in an attempt to cow her into behaving better as he continued his presidential campaign.

On page 83, in an entry dated July 22, 2019, the author wrote that she received a phone call from her father, Joe Biden according to our source, who cried on the phone while expressing his worry for her in the days leading up to July 30-31 Democratic Primary Debate.

“My dad cried on the phone saying he has the debate in a week and ‘Now has to worry about [the author],’” she wrote. “And he cried. Maybe he knows what he is doing and it’s worked but my feelings of guilt often are overwhelming.” 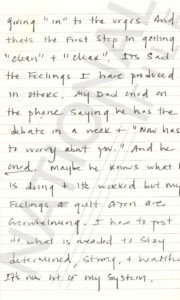 The diary also reveals a potentially unhealthy relationship between Ashley and Joe. At one point, the author claims that her mother is emotionally unavailable, but her father is not, which led her to believe she could only receive love from men.

The author also claims she was “hypersexualized” as a child, and included having more than one “probably not appropriate” showers with her father while a child as an example of such experiences. 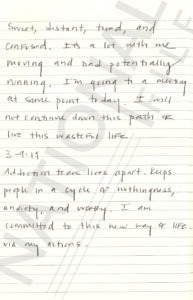 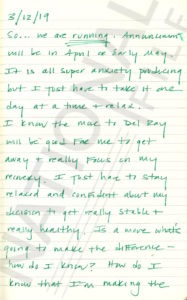 The New York Post has published a series of emails that suggest Joe Biden, as the patriarch of the Biden family, ultimately receives a large amount of money from his son, Hunter Biden, as a result of business dealings that benefit the Biden family.