Questions are being raised as to why the Texas congressman is Twitter friends with a fake news propagandist.

by National File News
in Politics, The Swamp

Rep. Dan Crenshaw (R-Texas) is once again in the middle of a situation that raises questions about his ties to extremist left-wing activist groups.

National File was able to confirm the authenticity of said screenshots, and this reporter obtained the ones below. 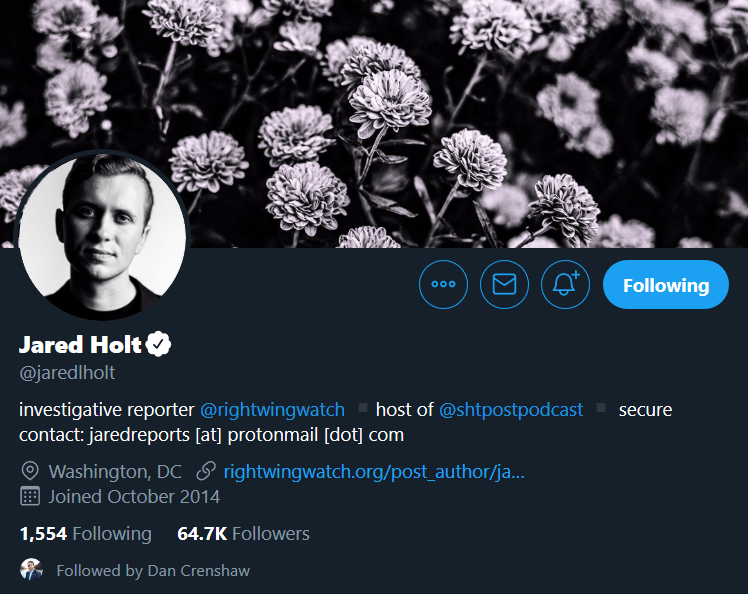 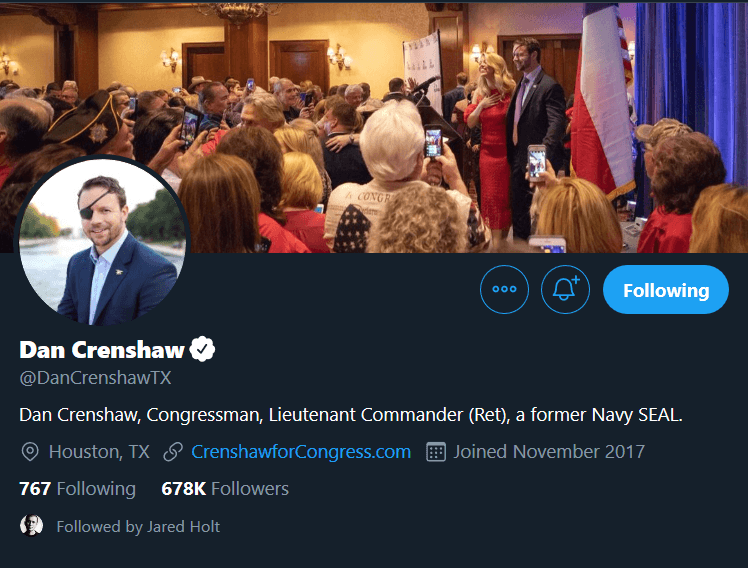 While employed at Right Wing Watch, Holt has repeatedly campaigned to have right-of-center voices deplatformed from social media by tech giants, to varying degrees of success.

The fact that Crenshaw and Holt follow each other means they can send each other direct private messages, which is especially concerning after Crenshaw’s recent tirades against young conservatives on Twitter calling them “anti-Semites” and “ethnonationalists.”

The buzzwords used by Crenshaw are identical to the rhetoric used by professional left wing activists like Right Wing Watch.

The Texas representative has repeatedly found himself in hot water during his still-young Congressional career. Some of his misadventures include advocacy for anti-constitutional Red Flag Laws, his subsequent meltdown in the direct message inbox of libertarian activist Kaitlin Bennett, and his apparent belief that criticism of Israel is not protected by the First Amendment.

Most concerningly relevant to his relationship with Right Wing Watch, however, is Crenshaw’s previous history of friendly relationships with far left organizations.

New evidence now casts further doubt on the Texas representative’s track record on gun rights, as a photograph has surfaced of Crenshaw cozying up to the Bloomberg-funded anti-gun nonprofit Moms Demand Action (MDA).

In the photo, members of MDA are seen flanking and towering over Crenshaw, who stands smiling with hands folded against the corner of a blue-walled room.

National File was able to trace the origin of the image to a tweet on February 20 from an apparent MDA member captioned “Texas @MomsDemand across the state are meeting with their representatives and staff to introduce themselves and talk about #redflag laws, #BeSmart and the passage of #HR8. We must #KeepGoing, they now #ExpectUs.”