Joe Biden pinched the nipple of Senator Steve Daines’ niece on C-Span when she was a young child, according to her reported confirmation of the pinch, which occurred on January 3, 2015 at her uncle’s swearing-in ceremony when she was eight years old.

Citizen journalist Jonathan Pasetti has the image of his journalistic conversation with the young woman, Maria Piacesi, on Tik Tok. Piacesi has since deleted the comments, but they have since been archived and began going viral earlier this week. 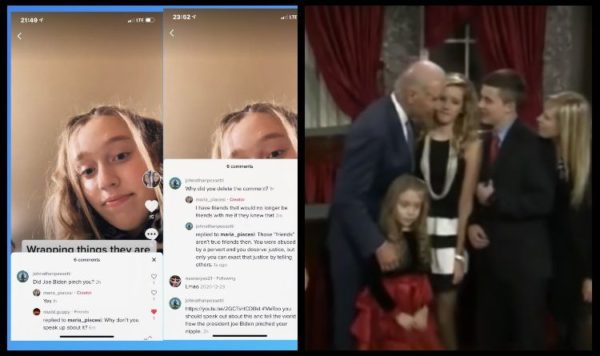