"Paul is a Congressman who is highly respected in Arizona, strong on Crime, Borders, our Military, and our Veterans."

Former President Donald Trump released a statement endorsing and defending Rep. Paul Gosar (R-AZ) on Thursday after Democrats and two Republicans censured the popular Arizona representative because they were triggered by an anime meme that was posted on social media platform Twitter.

“Congressman Paul Gosar has been a loyal supporter of our America First agenda, and even more importantly, the USA,” Trump declared in the statement, adding, “Paul is a Congressman who is highly respected in Arizona, strong on Crime, Borders, our Military, and our Veterans. He continually fights for Lower Taxes, Less Regulations, and our great, but under siege, Second Amendment. Paul Gosar has my Complete and Total Endorsement!”

Thank you President Trump for this honor. I am humbled to have earned your support, and the support of the American people. Our struggle to return this nation to greatness is more daunting than ever with the current Administration. Together we will save America @TrumpWarRoom https://t.co/29UZqz4Tbv

House Minority leader Kevin McCarthy has received criticism for not mounting a convincing defense against the media assassination campaign launched at Rep. Gosar, who is considered by many experts to be one of the most influential and effective House members in the GOP.

As National File previously reported, Rep. Lauren Boebert (R-CO) exposed Democrat hypocrisy on the issue of censure while defending Gosar on the House floor on Wednesday:

Boebert continued, “But since the Speaker designated the floor to discuss members’ inappropriate actions, shall we? The Jihad Squad member from Minnesota has paid her husband – and not her brother husband, the other one – over a million dollars in campaign funds. This member is allowed to be on the Foreign Affiars Committee while praising terrorists.”

“A Democrat chairwoman incited further violence in the streets outside of a courthouse,” Boebert said. “And then the cherry on top: my colleague and 3-month Presidential candidate from California who is on the Intelligence Committee slept with Fang Fang, a Chinese Spy! Let me say that again, a member of Congress who receives classified breifings was sleeping with the enemy, this is unacceptable.”

“Their policies are so pathetic and have done so poorly the left has nothing better than troll the internet looking for ways to get offended and then target members and try to strip them of their committees,’ Boebert said. “this is a dumb waste of the House’s time.” 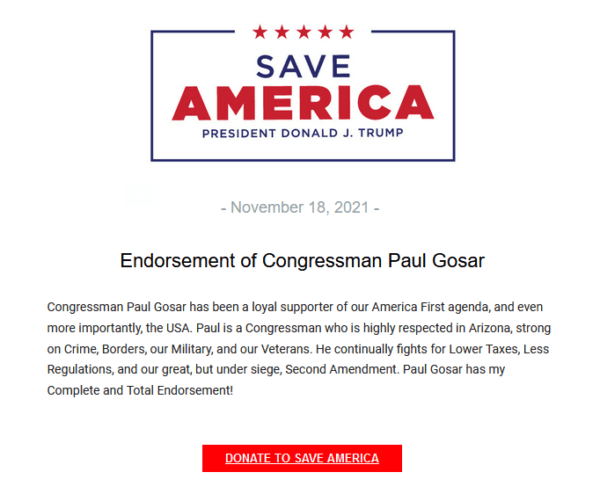