The leader of Proud boys was arrested upon his arrival to Washington by the DC Metro Police ahead of the January 6 protests.

by Archive
in Breaking News, Deep State, Nationalism vs. Globalism, News, The Swamp

The leader of Proud Boys, Enrique Tarrio, was arrested by the DC Metro Police upon his arrival to Washington DC.

This comes just days before the January 6 “Stop The Steal” protest event scheduled in Washington DC, which President Donald Trump announced that he would be speaking at. Rumors are that he has been charged with the burning of a Black Lives Matter banner at a previous demonstration.

While this is unconfirmed, early reports indicate that Tarrio has been charged with a misdemeanor offense. 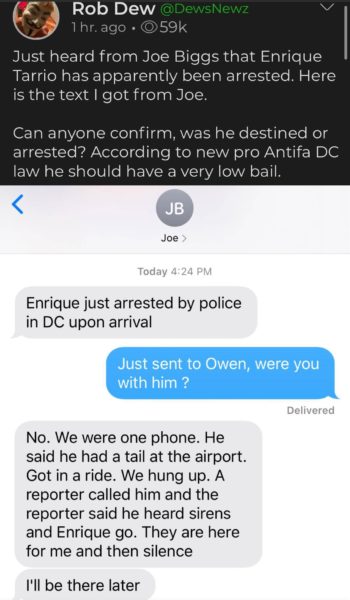 The official Proud Boys Parler account posted a statement confirming that the Proud Boys leader had been arrested. 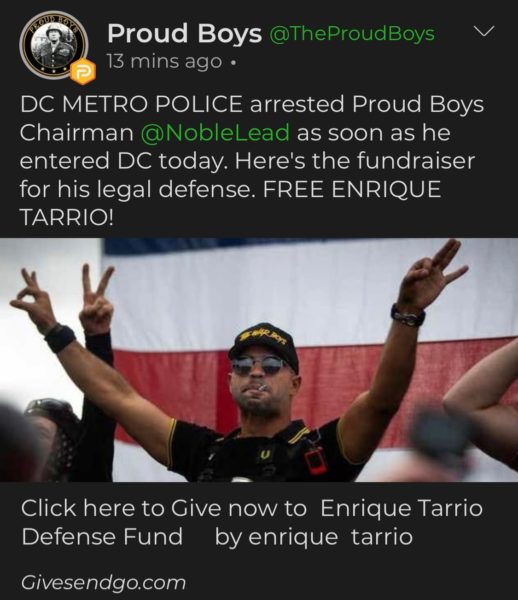 This story is still developing. National File will continue to update the American people on the arrest of Enrique Tarrio by the DC Metro Police.