Right-wing provocateur Milo Yiannopoulos has been banned from Parler from offensive jokes, despite the site claiming repeatedly to be pro-free speech.

Parler came back online for many users on Monday, after being kicked off of the internet and app stores by the Big Tech giants determined to shut the site down, claiming the conservative-oriented social media platform hosted violent content, and attempted to link Parler to the Capitol Hill protests on January 6th.

Eyebrows were raised when it was discovered that their new web hosting provider, SkySilk, bans undefined “hateful content” from being hosted by them, with SkySilk “reserving the right to refuse to provide service” to customers that host “racist, pornographic, hateful material or those which create customer service or abuse issues for us.”

The CEO of SkySilk, Kevin Matossian, said in a statement that they believed that Parler is “taking the necessary steps to better monitor its platform,” and applauded their new Community Guidelines, which provide a “double-filter” system for not-safe-for-work and “trolling” content.

After hearing about SkySilk’s regulations on “hateful” content, Milo Yiannopoulos, the right-wing provocateur, decided to stress test Parler and see what he could get away with on the site now with the new regulations.

Yiannopoulos, who is gay himself, posted statuses such as: “who wants to gay bash with me this weekend?”; “I mean this with all the Christian charity and compassion in the world – homosexuals should be hanged”; “death penalty for illegal immigrants when? I don’t get why we don’t shoot on sight,” among other edgy comments.

Parler considered most of these to be violations of their terms of service, and they proceeded to ban his account by setting it to private, and changing the password so Yiannopoulos was no longer able to gain access to it, meaning Parler seemingly does not have the ability to ban users. Anyone now attempting to tag the @Milo account on Parler found his name came up as “@blocked” instead. 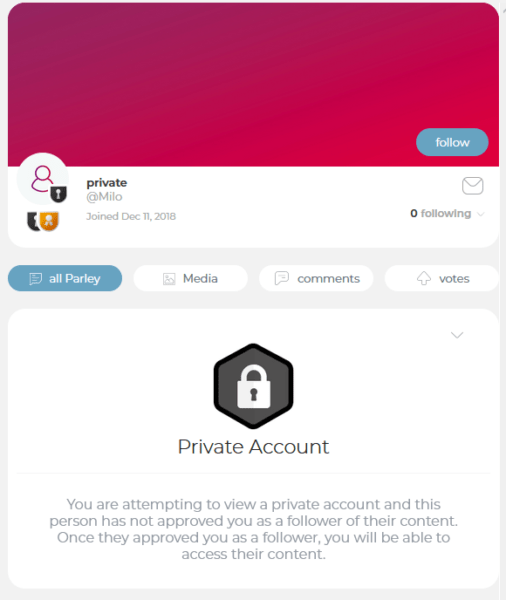 In response to his ban, Yiannopoulos announced a special livestream on Friday night, where contestants will compete live against each other to get banned from Parler as quickly as possible.

The banning also gave an insight into how Parler’s new violations system functions. According to screenshots, confirmed violations now rack up “points” against the account, with the account “expired” after 20 points are reached. Contributing factors are apparently “determined by a jury of your peers not employees of Parler,” despite Parler’s interim CEO Mark Meckler claiming the site is moderated by both AI and human editors.

National File was able to confirm some of the evidence posted by Milo on his Gab account. However, Parler is currently experiencing downtime and other server errors, meaning that National File were not able to completely verify all screenshots.

Yiannopoulos is not the first person to be banned from Parler, however, as he suggested. National File reported last June that, as Parler began taking off in popularity, America First conservatives and Democrats were being banned from the platform:

Beardson Beardly, an America First streamer and Twitter personality, was one of those banned from Parler. He spoke exclusively to National File about his removal from the site, saying that Parler is simply another case of “free speech for me, but not for thee.”

“GOP Inc has managed to build a very effect safe space free from fun, comedy, humor, and criticism,” Beardson said. “I was banned from Parler faster than any Twitter account I’ve ever had, and at least with Twitter I knew why.”

UPDATE: National File has managed to gain access to Parler’s fully updated Community Guidelines, after the site was inaccessible for a period of time. It is unclear which of these guidelines Yiannopoulos supposedly violated, as there is no blanket rule regarding “hateful content” or anything similar.

Section 6, which deals with “threats of violence,” seems to be the closest related section. Parler specifically notes that “fighting words,” which the Supreme Court defines as “insulting language direct[ed] at another person, intending to instigate that person’s imminent violent reaction against the speaker,” do not violate their guidelines, despite SCOTUS holding that it is not protected under the First Amendment.

The section does note that some violent comments may be deemed a violation if they contain:

National File has not been able to contact Parler to determine of which section Yiannopoulos fell foul. You can read the full Community Guidelines below: