On Thursday, news sites including the Washington Post, Vox, Newsweek, the Mirror, and the Huffington Post, displayed graphic hardcore pornography on some old articles.

The articles ranged from “serious” mainstream news articles, such as a Washington Post story from January 2017 about Paul Ryan stopping somebody from dabbing in a photo, a Huffington Post article from May 2017 about Martin Shkreli being permanently banned from Twitter, and an article from the Australian’s Herald Sun from June 2016 about the age of an Australian NBA player. Other affected sites including Vox, the Mirror, Rolling Stone, Business Insider Australia, Newsweek, Kotaku, Vanity Fair, and most disturbingly, Teen Vogue. Readers should be aware that these links contain the unredacted pornography. Some redacted snapshots are included below: 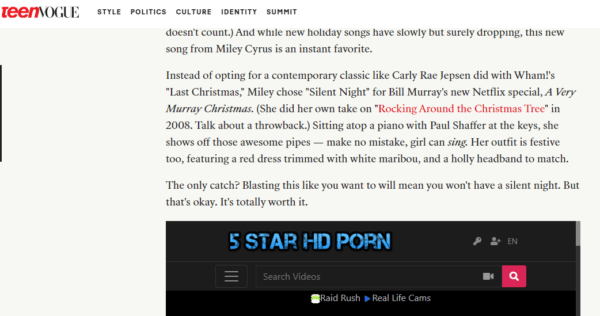 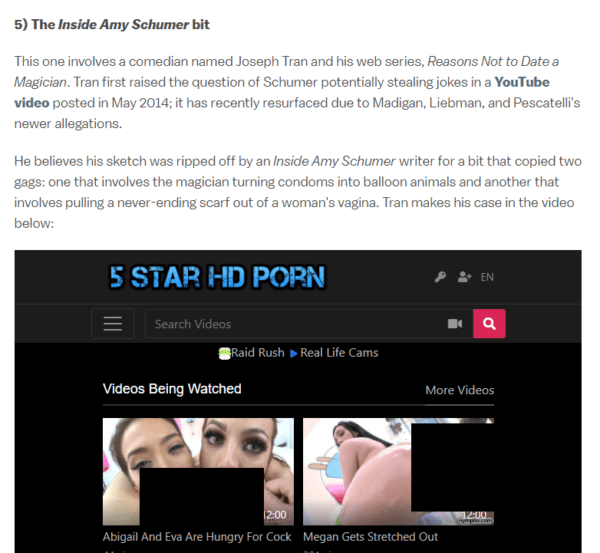 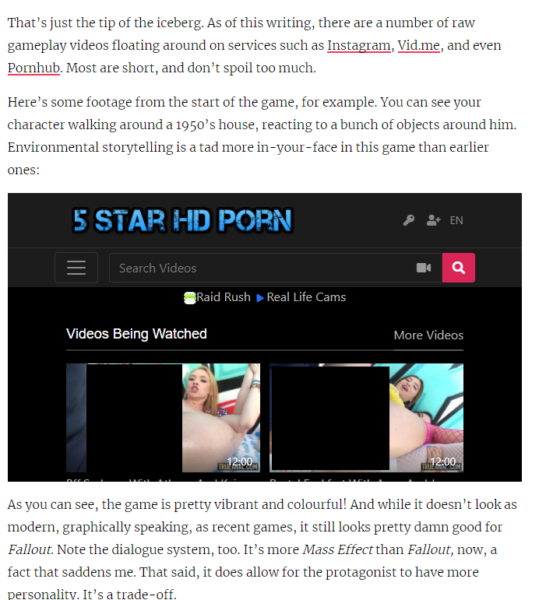 An earlier archive of the article from the Washington Post dating from December 2019 gives an insight into what happened. Where the pornography was located in the news article, instead shows a placement sign saying “goodbye for now,” with a cartoon astronaut waving goodbye. This appears to be from the previous video platform used by the Washington Post, Vidme, which was bought in 2017 by Giphy. As pointed out by the post on 4chan, the domain registration seems to have lapsed, and now redirects to the pornographic website. At the time of writing, the only news outlet that has updated its article to remove the embedded pornography is the Washington Post.

This is a breaking story, and may be updated with further information.