Owen Shroyer has been charged for standing on the steps of the U.S. Capitol and must surrender on Monday

Shroyer was previously arrested for interrupting Congress in 2020

The Biden regime has just charged popular conservative reporter Owen Shroyer for standing on the steps of the US Capitol on January 6 and has ordered the conservative journalist to turn himself in by Monday.

Infowars reporter Owen Shroyer has been charged by the Biden regime for standing on the steps of the US Capitol on January 6. He has been ordered to turn himself in by Monday. “I plan on declaring my innocence of these charges,” Shroyer said, adding that there is a warrant out for his arrest. This comes as hundreds of Trump supporters face charges at the hands of the increasingly authoritarian Biden regime over the events of January 6.

One photo that the government is using as evidence against Shroyer was taken from a video with Alex Jones urging the crowd to “be peaceful, go to the other side, be peaceful.” 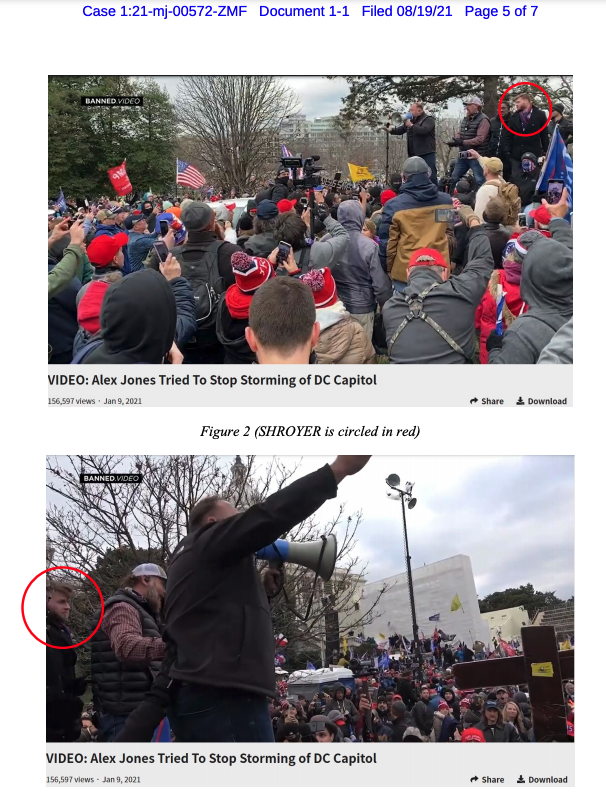 The Department of Justice is arguing that Shroyer entered a restricted area near the inauguration stage. While on his show today, Shroyer noted that “I probably shouldn’t be on the air.” It is still unclear why the Biden regime is moving to arrest and charge dissident journalists.

As was previously reported by National File, Yahoo reports that, according to “current and former law enforcement officials” the “FBI at this point believes the violence was not centrally coordinated by far-right groups or prominent supporters” of 45th President Donald Trump. “Ninety to ninety-five percent of these are one-off cases,” one law enforcement official reportedly said, “But there was no grand scheme with Roger Stone and Alex Jones and all of these people to storm the Capitol and take hostages.”

National File has since confirmed that federal law enforcement was embedded in the crowd alongside militia members, and the connections made by federal law enforcement on January 6 eventually led to arrests. Additionally, National File has profiled a suspicious man who pretended to be a member of the Proud Boys, and despite his criminal history and video that appears to show him behaving violently toward police and Trump supporters on January 6, he has thus far not been a subject of federal investigation as far as National File knows.

Rep. Paul Gosar recently spoke to National File and suggested that the alleged kidnapping plot against Michigan Gov. Gretchen Whitmer is “proof in the pudding” that the FBI or other federal law enforcement was directly involved in the January 6 protests.