Pundit Bill Mitchell met an executive of the pro-censorship website GETTR shortly before Mitchell’s widely-mocked tirade against the independent free speech platform Gab. Over a series of days, Bill Mitchell berated Gab users as “racists” and  demanded that Gab founder Andrew Torba censor politically incorrect speech on the platform. Mitchell also threatened to report the Gab community to Texas Governor Greg Abbott. Mitchell’s meltdown failed to stifle Gab, and Mitchell last posted on the platform on Sunday October 17. That day, Mitchell declared, “I am on a mission to stamp out white supremacy in our party.”

Shortly before Bill Mitchell’s most recent anti-Gab campaign, he met with an executive from Gab’s rival GETTR named Kaelen Dorr. Dorr serves as senior vice president of marketing and global engagement for GETTR, and not surprisingly Dorr has a history of railing against speech that he considers to be “anti-Semitic.” Mitchell even hosted Dorr on his show to promote GETTR’s latest promotional gambit. Dorr appeared on Mitchell’s show on October 12, five days before Mitchell finally stopped posting on Gab. The next day, on October 13, the GETTR official account gave a “shout-out” to Bill Mitchell without specifying a reason for it. GETTR notably censors content that it considers “hateful” including “attacking any race or religion.” GETTR has not returned a request for comment for this report. 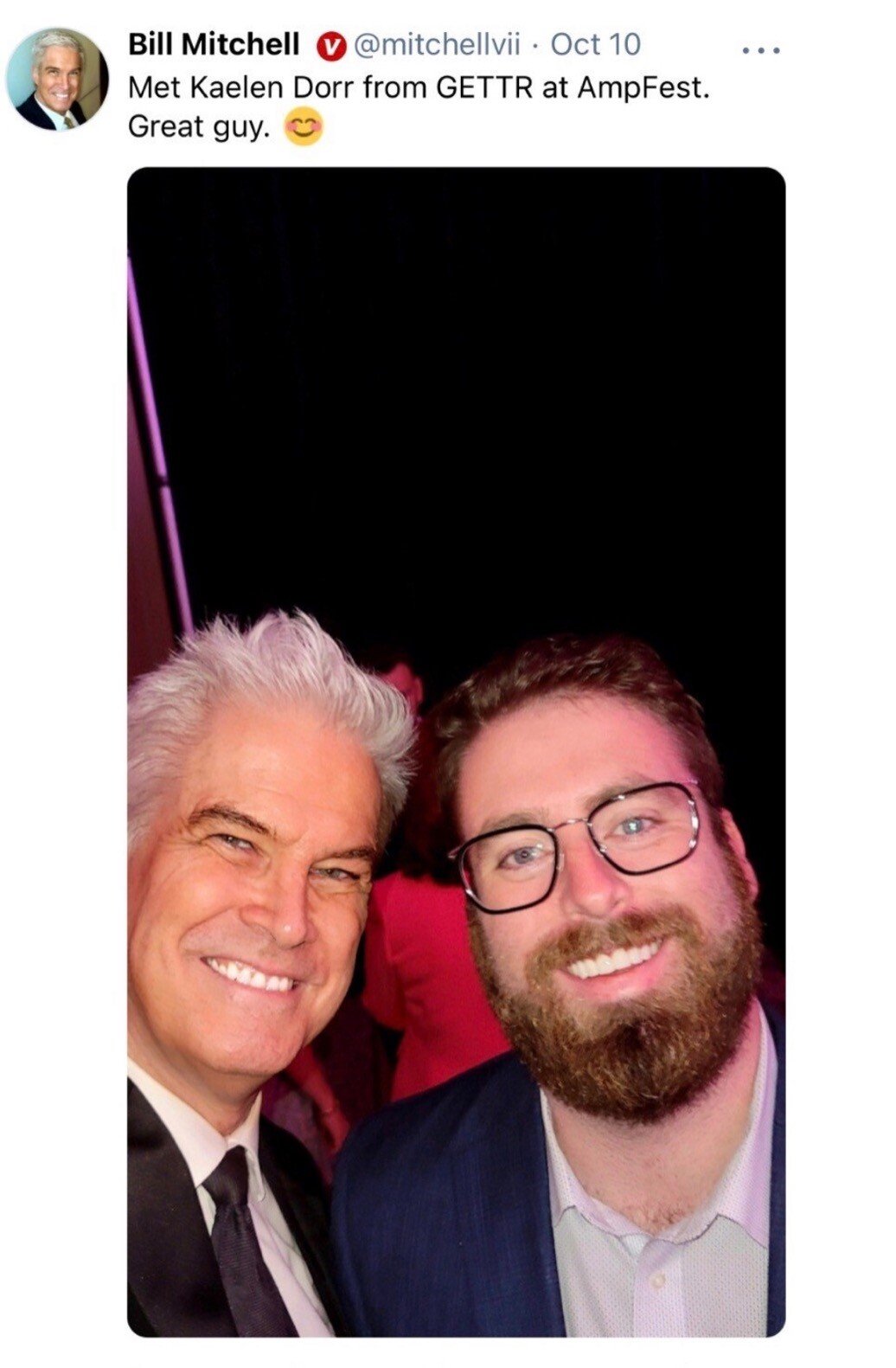 GETTR is an app financed by a ” consortium of international investors,” in the words of its leader Jason Miller, a former Trump campaign adviser who was employed by the Clinton-connected firm Teneo. GETTR’s terms of service state: “GETTR holds freedom of speech as its core value and does not wish to censor your opinions. Nonetheless, you may not post on or transmit through the Service any unlawful, harmful, threatening, abusive, harassing, defamatory, libelous, indecent, vulgar, obscene, sexually explicit, pornographic, profane, hateful, racially, ethnically or otherwise objectionable material of any kind, including any material that encourages conduct that would constitute a criminal offense, give rise to civil liability or otherwise violate any law, rule or regulation of the laws applicable to you or applicable in the country in which the material is posted.” GETTR then defines this content to include “attacking any religion or race.”

Records show that GETTR’s global communications director Ebony Bowden was not a Trump supporter in 2016, melting down on election night by saying that she was “Crying at my desk. Was really looking forward to telling my daughters about this day. Instead we voted for racism, hatred, and sexism.” 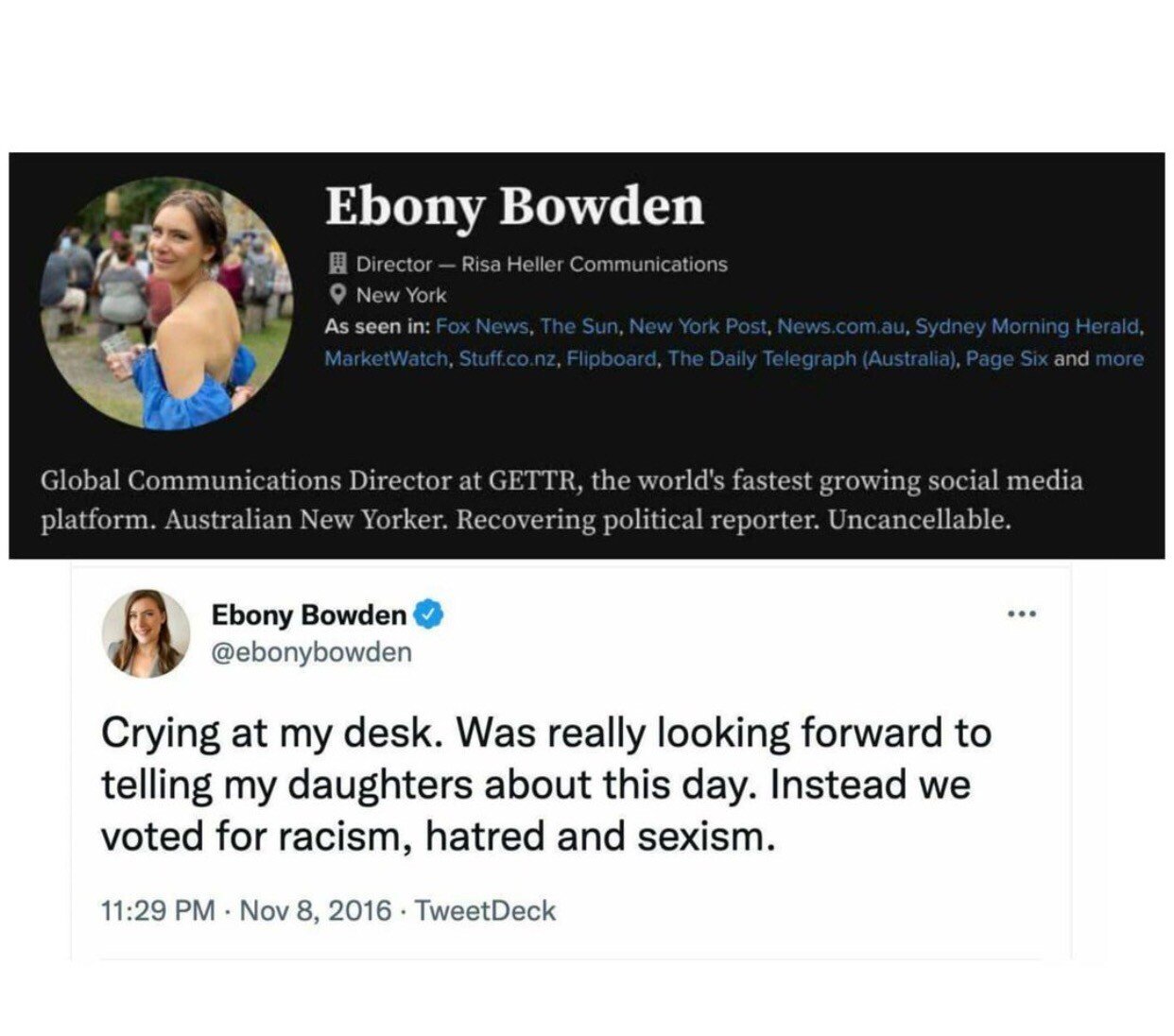 Not surprisingly, Kaelan Dorr is super-opposed to speech that he considers “anti-Semitism.”