Conservative pundit Bill Mitchell is having a meltdown on the free speech platform Gab after failing in his attempt to censor Dissident Right commenters. Mitchell’s disturbing attacks against Gab founder Andrew Torba and the Gab community reflect the desperate mindset of Conservative Inc. grifter pundits who are now losing relevance due to the renewed rise of the decentralized, politically incorrect Truth movement.

Mitchell’s meltdown is similar to a recent anti-Gab temper tantrum thrown by ex-federal agent Dan Bongino, another establishment conservative pundit. But unlike Bongino, who fronted for the floundering Parler platform, Bill Mitchell is actually on Gab to interact with his critics. And the results are pretty entertaining. Gab is a free speech platform that provides useful features for its users, including a No Vax Mandate Job Board.

Mitchell has one of the more inane pundit personas on the conservative Web. Mitchell previously garnered scorn from the Internet community when he reportedly raised more than $14,000 from supporters to finance moving his studio to Washington, D.C. but instead relocated to Miami, Florida. Like many conservative grifter pundits, Mitchell is a supporter of the foreign nation state of Israel, and feels that people he views as “alt-right” should be censored. Mitchell previously said that “Torba needs to ban them,” referring to people he considers to be racists.

But Gab is not bowing to the pressure from Mitchell, who was banned from Twitter. Mitchell has recently stated that “I am literally the hottest account on Gab for the past few days because so many are so anxious to defend racism” and “Torba is just going to have to live with me all day every day. I am on a mission to stamp out white supremacy in our party.” 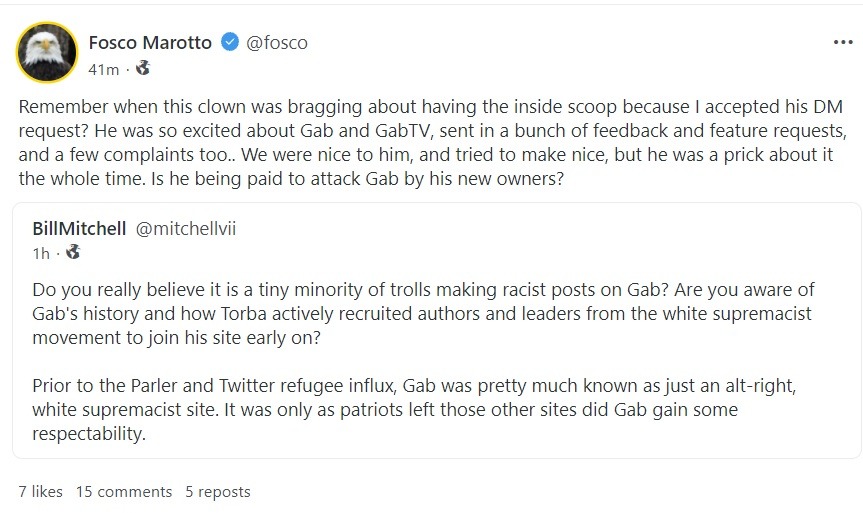 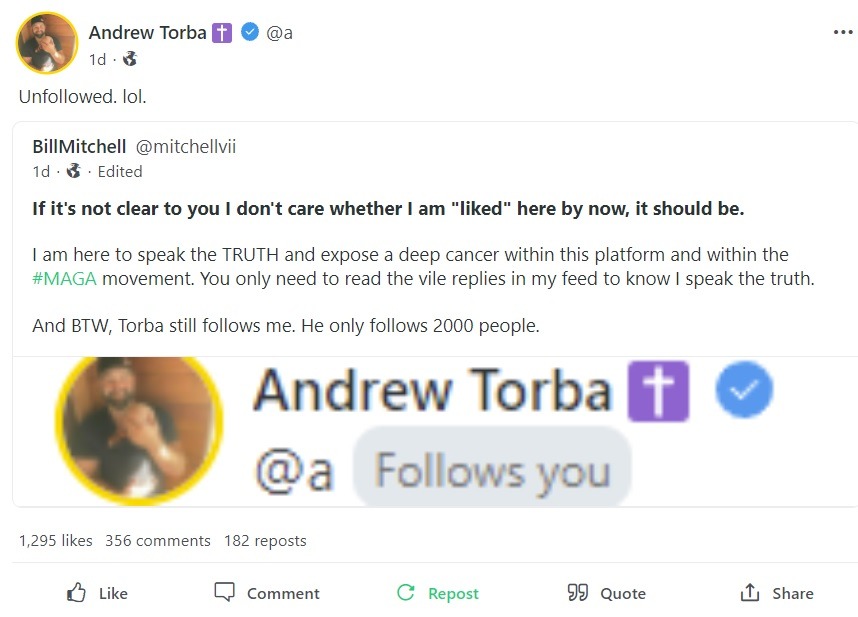 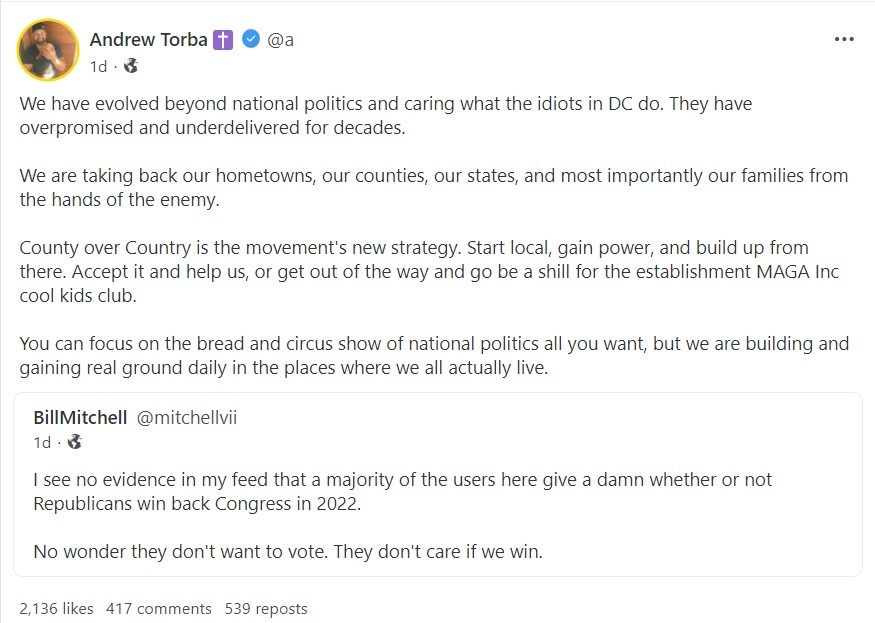 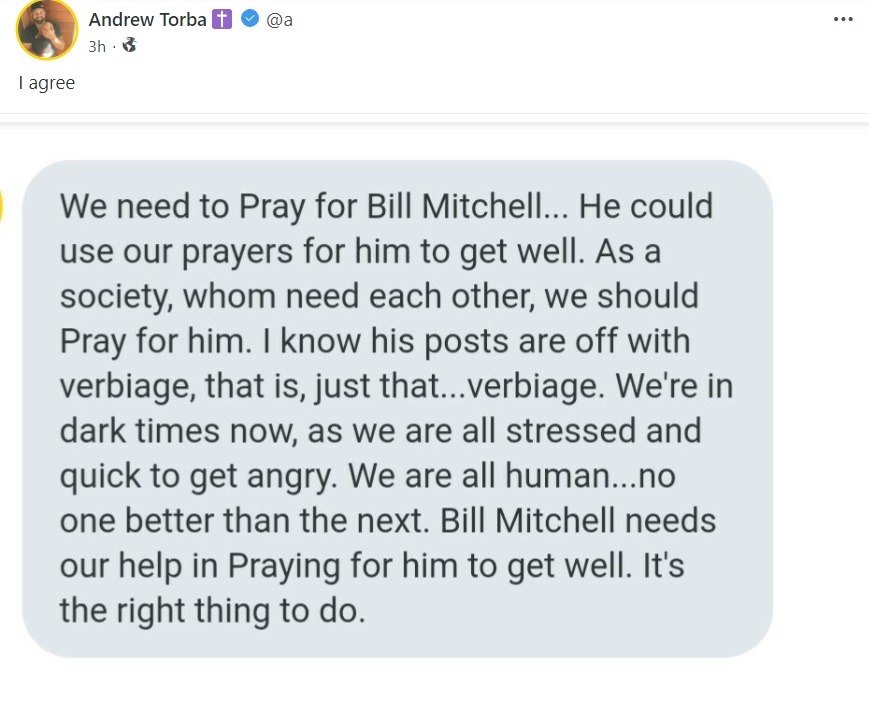