“The cancellation of [Operation Talon] effectively broadcasts to the world that the United States is now a sanctuary jurisdiction for sexual predators."

Joe Biden promised to undo Trump-era policies, but his latest undoing has left Americans confused and bewildered. According to ABC News, South Carolina Attorney General Alan Wilson, along with 18 additional state attorneys have urged Biden to reverse the decision, in a letter written to the President, DHS Secretary Alejandro Mayorkas, and Acting Director of ICE Tae Johnson. 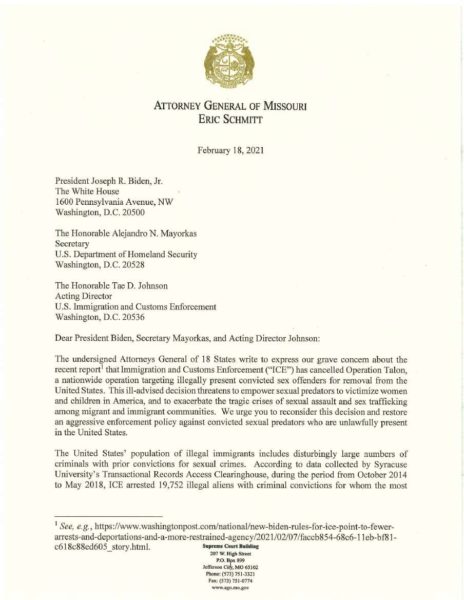 The attorneys general have expressed a “grave concern” that Biden’s latest move will encourage sex crimes and pedophilia in the United States, adding that the “ill-advised decision threatens to empower sexual predators to victimize women and children in America” and will “exacerbate the tragic crises of sexual assault and sex trafficking among migrant and immigrant communities.”

“The United States’ population of illegal immigrants includes disturbingly large numbers of criminals with prior convictions for sexual crimes. According to data collected by Syracuse University’s Transactional Records Access Clearinghouse, during the period from October 2014 to May 2018 ICE arrested 19,572 illegal aliens with criminal convictions for whom the most serious prior conviction was a conviction for a sex-related offense,” wrote the attorneys general. 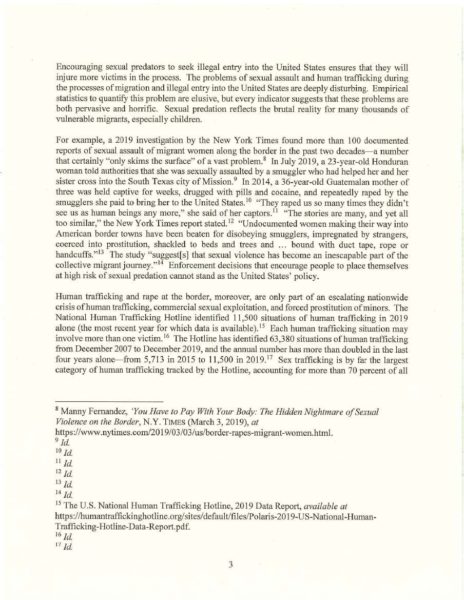 The letter also states that the cancelation of Operation Talon will have “other viscous effects as well.” The attorneys general believe that the move “effectively broadcasts to the world” that the US “is now a sanctuary jurisdiction for sexual predators.”

“If the United States will not remove even convicted sex offenders, who will it remove?” the letter reads. “We urge you to immediately reinstate Operation Talon, adopt an aggressive enforcement policy against illegal aliens convicted of sex crimes, and send a message to sexual predators that they are not welcome in the United States of America.”