Republican insider charged with distributing and receiving child pornography. Police say he invited a fellow pedophile to DC to rape an infant.

Prior to his arrest, Verastigui worked for a Republican policy group, and prior to this, worked for establishment Republicans in the Senate. The last tweet he sent before being arrested lauded the 11 Republican Congressmen who joined with Democrats to strip Rep. Marjorie Taylor Greene of her committee posts.

“Between March 2020 and February 2021, an investigation revealed the suspect distributed, received, and possessed images of child pornography,” the D.C. Metropolitan Police said in a statement.

They reveal that on Friday, “27 year-old Ruben Verastigui, of Northeast, D.C., was arrested and charged with Distribution of Child Pornography.”

“Well like I said babies are some of my biggest turn-ons,” Verastigui allegedly wrote. “I have been wanting to see videos of guys hardcore raping a baby… when a baby screams it’s my favorite.”

“I’ve lost a lot of videos,” police say Verastigui wrote. “So only have one I’ve been jerking off to [sic]” 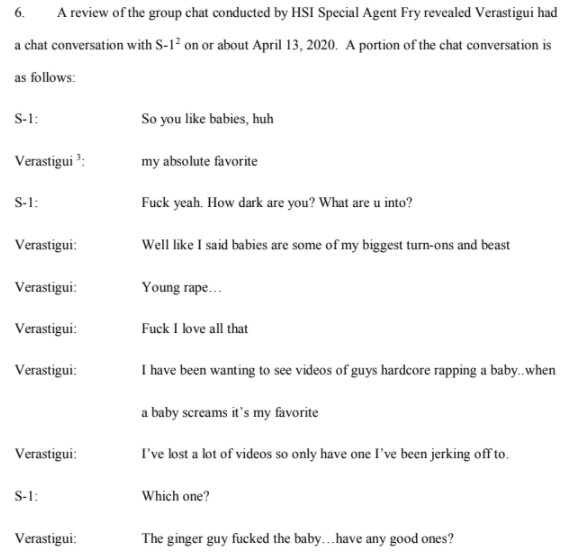 The police also reveal that Verastigui invited a member of the group chat to “come to DC for the purpose of sexually abusing a minor.”

Another video received by Verastigui “depicts an infant/toddler who is anally raped by an adult male.” 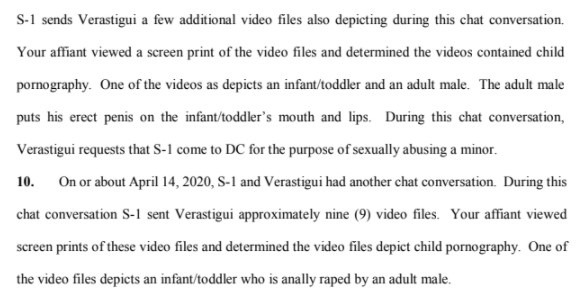 According to his LinkedIn profile, Verastigui has worked for entrenched conservative causes since at least 2012, when he interned for Students for Life of America, a pro-life group.

He has worked for a long series of pro-life groups in addition to Students for Life, with Live Action, March for Life, and Texas Right to Life on his resume.

Prior to this, he was the Digital Director for the United States Congress Joint Economic Committee, working under Chairman Erik Paulsen (R-MN).

Since July of 2020, he has worked at Citizens for Responsible Energy Solutions, a Republican think tank that works with Republicans to promote “clean energy.”

Verastigui’s last tweet before his arrest was celebrating the 11 Republicans who joined Democrats in a vote to strip Rep. Greene of her committees. 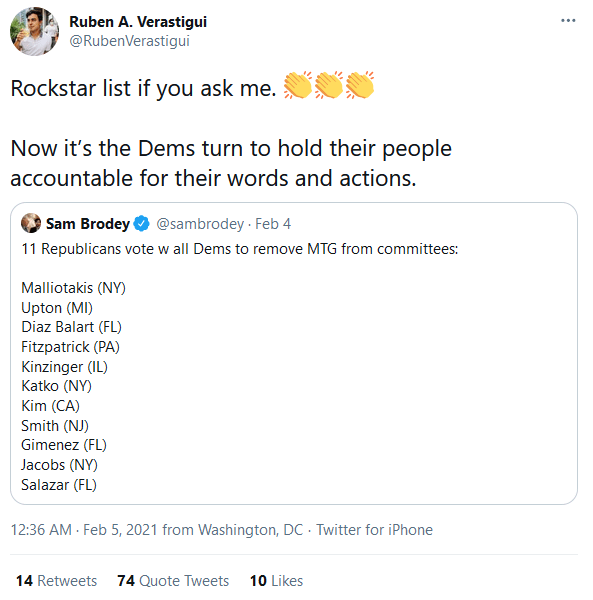 Another recent tweet decries the Capitol Hill protests on January 6.

“What I’m seeing going on right now on the steps of our Capitol is appalling!” wrote Verastigui. “My party is the party of Judeo Christian values, freedom of religion and freedom of speech, NOT the party of violence.”

“These people DO NOT represent the #Conservative party.” 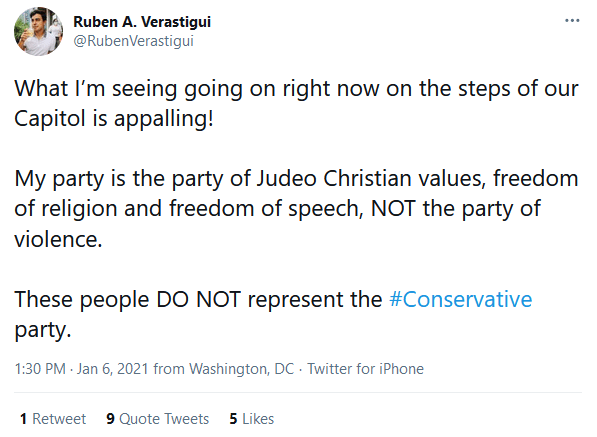 Potentially illustrating his close relationship with the Republican Party, Verastigui claims he took the image of Republican Party Chairwoman Ronna McDaniel that is still used by media today.

“Love to see the @GOPChairwoman still using the head shot I took of her,” wrote Verastigui. “Looks great!” 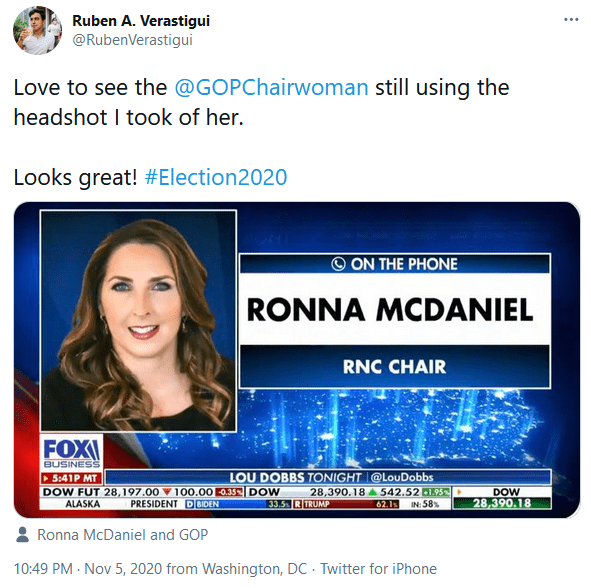 National File contacted Citizens for Responsible Energy Solutions via email, and the organization clarified that Verastigui has been fired.

“The details of the allegations against Mr. Verastigui are tragic and shocking,” they wrote. “He is no longer employed by the organization and we are prepared to fully cooperate with law enforcement requests in this matter to any extent needed.”