Judicial Watch obtained over 600 documents after filing a FOIA request

The group obtained more than 600 documents after filing a lawsuit against the Department of Defense. “Our military is under attack – from within,” Judicial Watch President Tom Fitton said in a press release.

“These documents show racist, anti-American CRT propaganda is being used to try to radicalize our rising generation of Army leadership at West Point,” Fitton continued.

Among the released documents was a presentation that asked cadets to discuss their “whiteness.”

“In order to understand racial inequality and slavery, it is first necessary to address whiteness” and the “Take-for-grantedness of whiteness,” the slide reads. 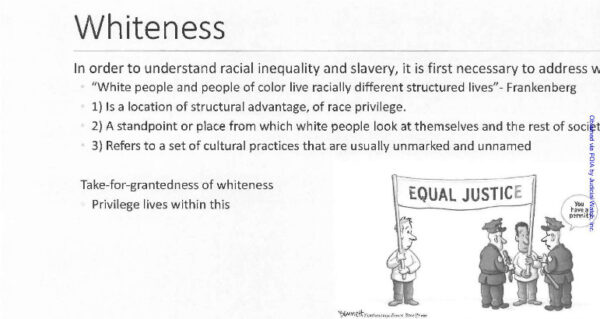 The slide also claims whiteness “is a location of structural advantage, of race privilege,” is “a standpoint or place from which white people look at themselves and the rest of society” and “refers to a set of cultural practices that are usually unmarked and unnamed.”

Another slide discusses affirmative action and asks, “Do you think Affirmative Action creates an environment for ‘reverse discrimination? Use CRT to support your answer.”

In another slide, under Critical Race Theory, it states, “racism is ordinary” and “White Americans have primarily benefited from civil rights legislation.” 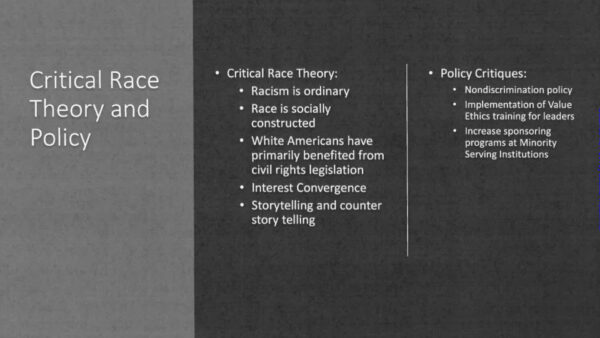 The presentation also discusses “modern slavery” in the USA. It claims that White Americans are more likely to attend college than their black peers, receive recommended medical screenings, receive a bank approval for a mortgage or get promoted at a job.

Judicial Watch released the full set of documents in its press release after obtaining them through a FOIA request.

RELATED: Air Force Cadets Who Refused Vaccine Will Not be Commissioned