Court records from Waukesha County show Brooks was ordered to undergo a mental health evaluation in response to the insanity plea. Brooks originally pleaded “not guilty”.

Brooks’ legal team’s request to change the location of his trial and their request to bring in prospective jurors from different counties were rejected last week.

The trial for the 40-year-old Brooks is scheduled to begin in early October.

After allegedly driving his red Ford Escape through a Christmas parade in Waukesha, WI, Brooks is facing six charges of intentional homicide, with all six charges carrying a life sentence upon conviction.

Brooks is a career criminal with a long history of arrests and convictions. He was released from jail two days before the Waukesha parade after posting a $1,000 bond for three misdemeanors and two felonies.

The suspected killer posted radical political beliefs across his social media accounts. Brooks admitted to having sexual relations and impregnating a 16-year-old child in 2010.

Since BLM terrorist Darrell Brooks is a pedophile also, will Mark Ruffalo, Stephen King, and fellow pedophiles at Project Lincoln and in Hollywood rush to his defense? #Waukesha pic.twitter.com/s7MhpbN7UR

Content espousing black supremacy is seen on his Twitter. Brooks posted a quote of Malcolm X saying, “Help Africa in its struggle to flee itself from Western domination. No matter where the black man is, he will never be respected until Africa is a world power.”

Brooks seemed to be anti-police, posting a graphic that equated cops to being gang members, calling them “aggressive” and “notoriously violent”.

Brooks is being charged with a total of 83 counts related to the violent attack. The victims of the massacre were all white. The deceased victims have been identified as Jackson Sparks, 8; Tamara Durand, 52; Jane Kulich, 52; LeAnna Owen, 71; Virginia Sorenson, 79; and Wilhelm, 81. 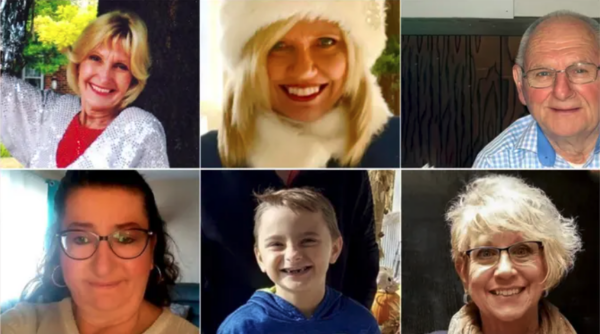 Brooks told Fox News in December that he felt “dehumanized” and “demonized” after the attack.