Wren Williams, an America First attorney who helped President Trump battle election fraud in court, is challenging incumbent Charles Poindexter for the GOP nomination to the House of Delegates in Virginia’s 9th District. In taking on Poindexter, Williams faces pushback from all ends of the local uni-party political establishment, which has come out in staunch support of his opponent.

Encompassing all of Patrick County and portions of Franklin and Henry Counties, the 9th District has been represented by Poindexter since 2008, with the establishment favorite running unopposed or facing scant competition in each campaign for re-election, and never a challenger from within his own party.

Now, with Poindexter facing serious opposition for the first time, a local political establishment that blurs party lines is rushing to his aid, leaving some speculating that he is seeking support from outside the Republican Party in hopes of holding off Williams.

At a Patrick County animal clinic owned by the son of the late Lock Boyce, a former Patrick County veterinarian and Democrat donor who served on the county’s governing board, a Poindexter campaign sign can be seen in the former footprint of a sign that endorsed far-left congressional candidate Joe Flaccavento. 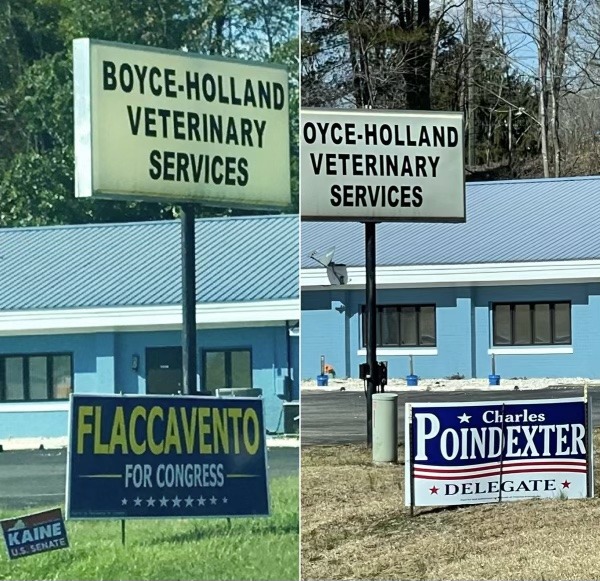 While serving on the Patrick County Board of Supervisors, Boyce was credited by Williams with using his close ties to Richmond Democrats to blow up a deal that would have kept the doors of Pioneer Community Hospital – the only hospital in the county – open.

Despite online attacks from Boyce’s son and others within the local establishment circle, Williams led a successful 2019 effort by the Patrick County Republicans, of which he served as Chairman, to boot Boyce and other incumbents from the Board of Supervisors. Under Williams’ watch, the local party won “Unit of the Year” honors from the state GOP.

Among those bounced from the board with Boyce was Karl Weiss who a local source says refused to run for office as a Republican, claiming that the term doesn’t unite the community. Despite his personal hesitations, Weiss appears to have no issue with Poindexter’s use of the word Republican, as he too has extended his support to Poindexter in his race against Williams.

“I am not surprised my opponent is turning to the same good old boy network and career politicians he has relied on to fund his political aspirations,” Williams told National File. “I am running because voters of the 9th District have told me they want a change. As Delegate, I won’t play the same games we are sick of from Richmond, I will secure our elections and protect our conservative values.”

Despite the best efforts of the good old boy network to which Williams refers, the grassroots candidate appears to be well on his way to unseating Poindexter, outraising him by more than $24,000 ahead of the June primary and receiving major support from locals. Southwest Virginia’s famed “Trump Store” even displays a Williams for Delegate sign among rows of pro-Trump and America First paraphernalia. 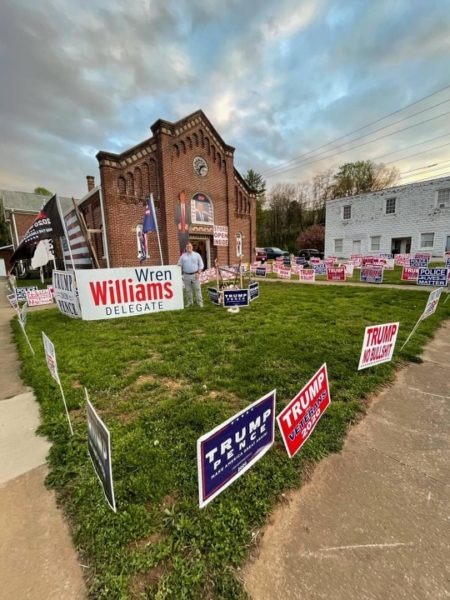 If Williams is successful in his challenge of Poindexter, he will face Democrat Bridgette Craighead, a local Black Lives Matter organizer. The district is one of the most conservative in Virginia.