Bryson Gray, a prominent rapper in Conservative circles, released a song about Hunter Biden’s recent iCloud leak which allegedly shows the president’s son involved in a wide array of illegal or explicit activity.

On Twitter, Gray posted footage of him rapping the song “Hunter Biden Hacked” into a microphone with the caption, “I made a song about Hunter Biden’s iCloud getting hacked.”

The video has been watched over 700 thousand times and surged up the iTunes Hip Hop Charts. 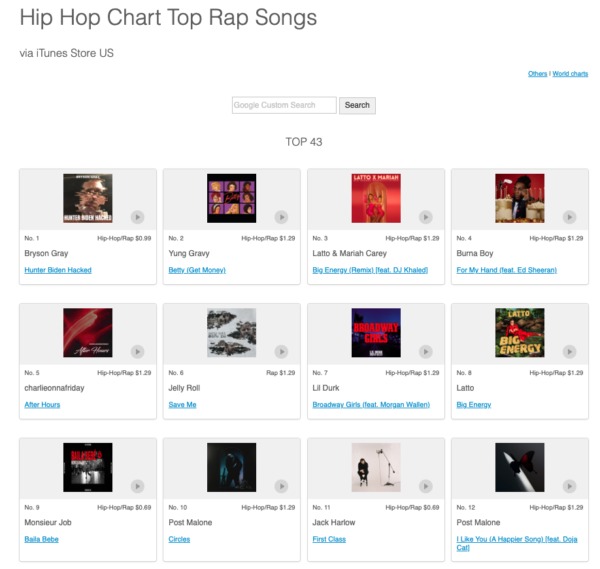 The song begins when the line “you know what’s really wild that your own son is calling you a pedophile”.

Throughout the track, Gray disses a variety of Leftist figures and groups. At one point the black rapper said, “Biden Loves Minors is the real BLM.”

Gray’s musical content has been praised by Conservative influencers and Republicans. In October 2021, Rep. Lauren Boebert (R-CO) featured Gray’s “Let’s Go Brandon” song in a video poster to her Twitter.

Listen to Gray’s recent track on iTunes by clicking here.