18-year-old Salvador Ramos has been identified as the shooter who gunned down at least 14 children and a teacher at Robb Elementary School in Uvalde, Texas. The gunman is confirmed dead, according to Governor Greg Abbott.

Salvador Ramos, a Uvalde area high school student, reportedly killed his grandmother before entering the school. He then proceeded to indiscriminately fire on students and staff, killing at least 14 students and one teacher. An additional number of students are being treated for gunshot wounds at area hospitals.

The students killed in the attack ranged from 2nd through 4th grade, Abbott said at a briefing.

“Texans across the state are grieving for the victims of this senseless crime and for the community of Uvalde,” Governor Abbott said in a statement. “Cecilia and I mourn this horrific loss and we urge all Texans to come together to show our unwavering support to all who are suffering.”

Texans are grieving for the victims of this senseless crime & for the community of Uvalde.

Cecilia & I mourn this horrific loss & urge all Texans to come together.

Salvador Ramos was reportedly killed by responding officers, Abbott said. At least two officers are being treated for non-life-threatening injuries.

Ramos reportedly uploaded an image of a rifle to his now-deleted Instagram page before carrying out the massacre. The deceased killer is a U.S. citizen, Abbott confirmed. 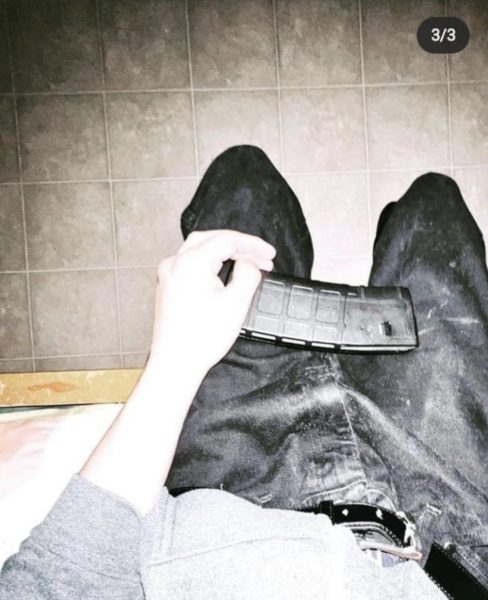 Uvalde Memorial Hospital wrote on Facebook that it “received 13 children via ambulance or buses for treatment.”

“Two children have been transferred to San Antonio and one child is pending transfer,” the hospital also said. “Two individuals that arrived at UMH were deceased. No details are available. Please refrain from coming to the hospital at this time.”

14 students and a teacher are confirmed dead while a number of others are being treated for gunshot wounds.

The school is located about an hour-and-a-half west of San Antonio.