As tens of thousands of illegal migrants are surge into the United Kingdom over the English channel, the Border Force are considering legal action to stop plans for them to push migrant boats back in the English Channel, with the outgoing chief of the force having described borders as “a pain in the bloody arse.”

Over 23,000 migrants have crossed into the UK using boats over the English Channel, with a record number of 1,185 making the crossing in a single day on Thursday. These numbers are an almost three-fold increase since National File filmed the groundbreaking documentary, “Destination Dover: Migrants in the Channel”, in October 2020. At the end of last year, just over 8,000 illegal migrants had made the dangerous crossing, which although now seem small in comparison, were shocking figures at the time.

In response to the increase in numbers, Home Secretary Priti Patel, who heads up the Home Office, the enormous government department responsible for migration, announced that she would move forward with plans to push migrant boats back over the English Channel into France.

“Boris and I have worked intensively with every institution with a responsibility to protect our borders,” Patel told the Conservative Party conference in October. “Border Force, the police, the National Crime Agency, maritime experts – and yes, the military – to deliver operational solutions, including new sea tactics, which we are working to implement to turn back the boats.”

However, despite the need for drastic action, the guards in the Border Force are incredibly considering legal action against the plans. “We have examined the possibility of launching a judicial review,” said Kevin Mills, the PCS union’s lead for Border Force. “PCS is in consultation with its members and a number have raised direct concerns about the pushback tactic – the safety and if it is legal. If someone dies, it won’t be Priti Patel taking the body out of the water. And to say that the officers concerned won’t be prosecuted does not help our members’ mental health.” 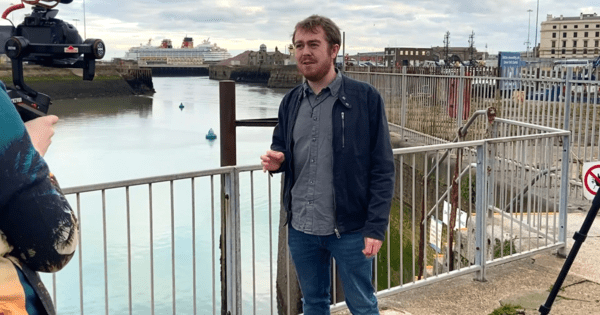 Leaked Home Office documents from earlier this month suggested that any legal challenge, be it coming from the Border Force or others, to the policy to turn back migrant boats would be “reputationally damaging,” and would result in the policy being stopped for potentially months while the challenge went ahead. The legal counsel advised that “the prospect of successfully defending a claim… is less than 30%.”

Those leading the Border Force aren’t that much better. Paul Lincoln, the outgoing director general of the Border Force, ended a speech to mark his departure by quoting Shane MacGowan of the Pogues. “People are talking about immigration, emigration and the rest of the bloody thing. It’s all bloody crap,” Lincoln said, concluding that “we’re all human beings, we’re all mammals, we’re all rocks, plants, rivers. Bloody borders are just such a pain in the bloody arse.”

While the Home Office refused to comment, a senior Government source spoke anonymously to the Mail on Sunday. “We have held more meetings about the small boats than any issue other than Covid, but it just seems as if we are always banging our head against the wall,” the source said. “Perhaps this explains why.”