“Few Republicans have as much COURAGE and FIGHT as Alabama Congressman Mo Brooks. Mo is a great Conservative Republican leader, who will stand up for America First no matter what obstacles the Fake News Media, RINOs, or Socialist Democrats may place in his path,” wrote President Trump. “Mo Brooks is pro-life, loves our Military and our Vets, will protect our Second Amendment, combat the Biden open borders agenda, is fighting for voter integrity (like few others), and was the Co-Chair of our winning, and record setting, Alabama campaign in 2020. Mo Brooks has my Complete and Total Endorsement for the U.S. Senate representing the Great State of Alabama. He will never let you down!” 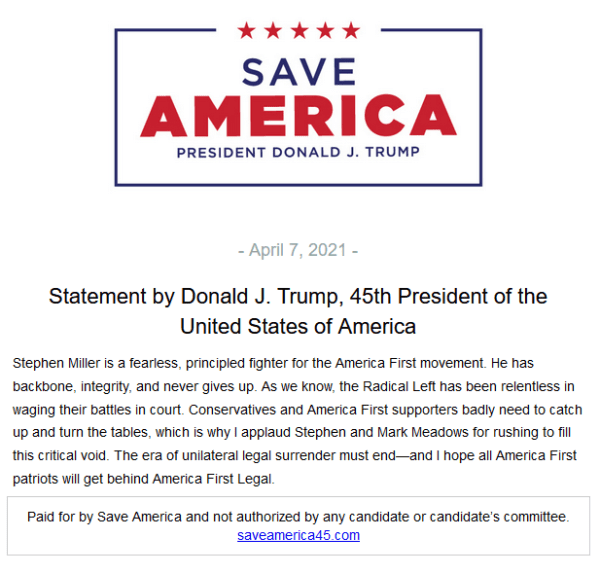 President Trump’s endorsement comes less than one day after National File exposed the extramarital affair of his likely primary opponent, Alabama Secretary of State John Merrill. According to Merrill’s ex-lover, Cesaire McPherson, who told National File that “He just likes to do a lot of crazy stuff” including “stuff up his ass,” “the top of his cock to be bit,” and “clothespins, he wanted me to put them on his nipples”.

To bolster her claim, McPherson provided National File with screen shots showing Merrill’s excitement regarding a plan to be penetrated anally by her, a never-before published photograph she took of Merrill during their affair, and spoke to National File in a lengthy interview to discuss her experience.

McPherson also says Merrill became enraged at various points during their relationship, at one point violently attacking her. In response, she ordered him to leave the premises, and nearly attacked him with her belt to force him out. McPherson says, at one point, Merrill’s official Secretary of State cell phone was broken, and she hit the top of his government issued Secretary of State vehicle with a belt during the fight.

Merrill acknowledged that he exchanged lewd communications with McPherson for around a year, but claimed he was only doing so because she was harassing him. Despite photographic evidence to the contrary, Merrill claimed he never had a sexual relationship with McPherson.