Dr. Carol Baker, a vaccine expert who was appointed by the Obama administration to lead a CDC advisory committee and was honored at a ceremony funded by the Bill and Melinda Gates Foundation, is facing widespread criticism following a NATIONAL FILE report on her videotaped proposal to “get rid of all the whites in the United States” to stop “vaccine refusers” (Video Featured Below). A reader sent us the Texas Medical Board’s response to a formal complaint against Baker. The letter states that “the Board has already been notified of the allegations made in your complaint.” 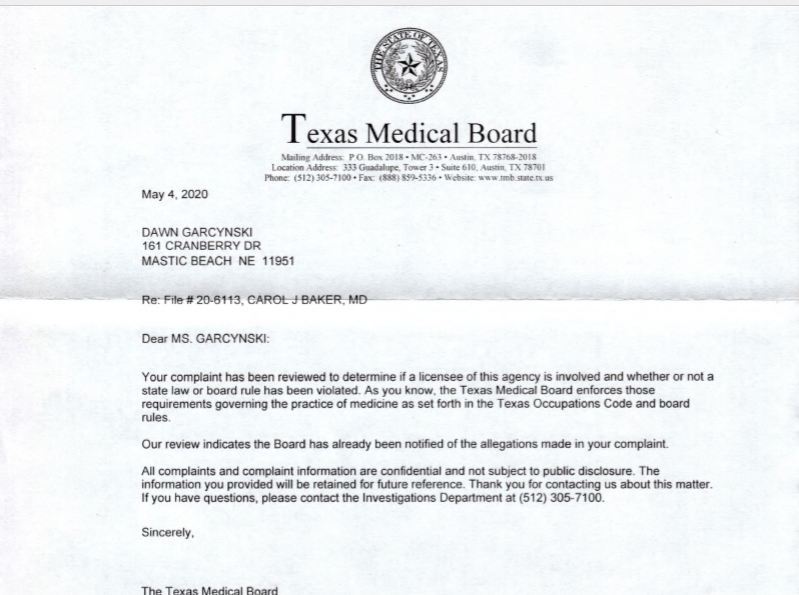 Carol Baker’s reviews on WebMD are also justifiably negative these days, including “This woman dreams of being the new Adolf Hitler” and “Ending the existence of white peoples in America isn’t preventative medicine, it’s genocide.” 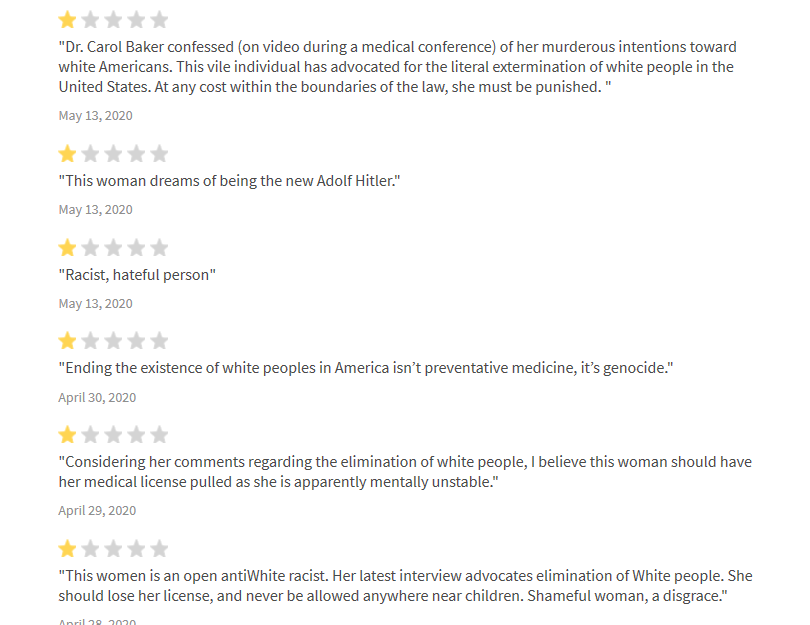 Dr. Carol Baker of Houston is caught on tape proposing that society “get rid of all the whites in the United States” to reduce the number of “vaccine refusers.” Baker has recently served as the executive director of the Center for Vaccine Awareness and Research at Texas Children’s Hospital. Baker was honored in Washington, D.C. with the Sabin Vaccine Institute’s 2019 Albert B. Sabin Gold Medal at a ceremony “made possible in part by the Bill & Melinda Gates Foundation and Pfizer.” In 2009, Obama administration Health and Human Services Secretary Kathleen Sebelius appointed Baker to chair the Advisory Committee on Immunization Practices Centers for Disease Control and Prevention (CDC). Baker chaired through committee until 2012 and she served as a liaison representative of that committee as recently as 2019.

“So I have the solution. Every study published in the last five years, when you look at vaccine refusers. I’m not talking about…hesitance, most of them we can talk into coming to terms. But refusers. We’ll just get rid of all the whites in the United States,” Baker said at the “Achieving Childhood Vaccine Success in the U.S.” expert panel discussion sponsored by the National Meningitis Association in New York City on May 9, 2016. “Guess who wants to get vaccinated the most? Immigrants.”