Castor Flouted Her Own Mandate on a Boat, At a Fancy Party, in Stunning Photos

Democrat Tampa, Florida mayor Jane Castor is vowing to use law enforcement to identify and hunt down the Super Bowl celebrators who did not wear masks around town during and after Tom Brady’s historic Super Bowl win. Castor calls them “bad actors” who will be “identified” by the police. But Castor herself has been caught flaunting the mask mandate during the course of the Coronavirus pandemic. (Related: CDC Inflated COVID Death Numbers).

Globalist naysayers on television and social media tried to castigate the great Tampa Bay quarterback Tom Brady for not wearing a mask while walking into the stadium. In going Mask-Off, Brady took on the cause of the anti-masker. His victory represents a win for all freedom-loving people, as patriots live vicariously through Trump America’s surrogate of athletic greatness.  Now we know that Tampa’s Democrat mayor Jane Castor, an affluent progressive member of the political class, has been flaunting her own mask rules. Make no mistake: The progressives want to use law enforcement to target their political opponents. But they keep getting caught not wearing the masks themselves.

Jane Castor was all maskless during the Stanley Cup victory celebrations. So apparently it is okay for Jane Castor to enjoy her posh Florida lifestyle because she is in the elite class but when Bucs fans party after Tom Brady’s great victory for anti-maskers, suddenly there’s a big mask problem? Sorry Jane Castor, your sick elitist hypocrisy is unmasked.

THIS is how we celebrate a #StanleyCup victory Tampa-style! 🏆😎

We had a blast seeing all the fans at the boat parade. Next stop, @RJStadium! #GOBOLTS pic.twitter.com/J9y5rwwtbR

Chef Andrew Gruel served these photos on Twitter, of Castor maskless including at a ritzy party on October 10 when her mask mandate was in effect. Here are Tampa’s official mask mandates including an executive order from March 13, 2020.

“These authoritarians are all the same: hypocrites, liars and frauds!” said actor Rob Schneider. 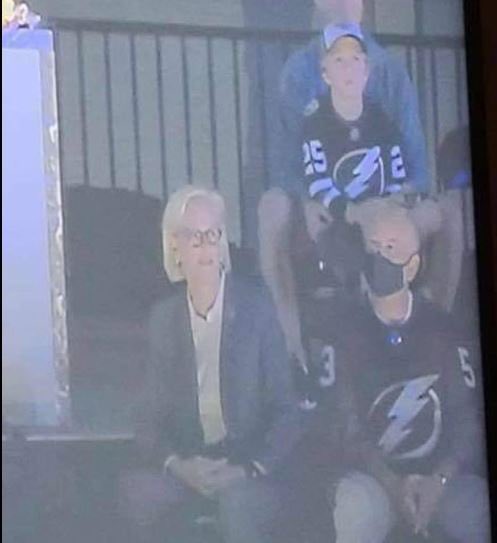 OCTOBER 10! Castor is neither mask-wearing or social distancing. 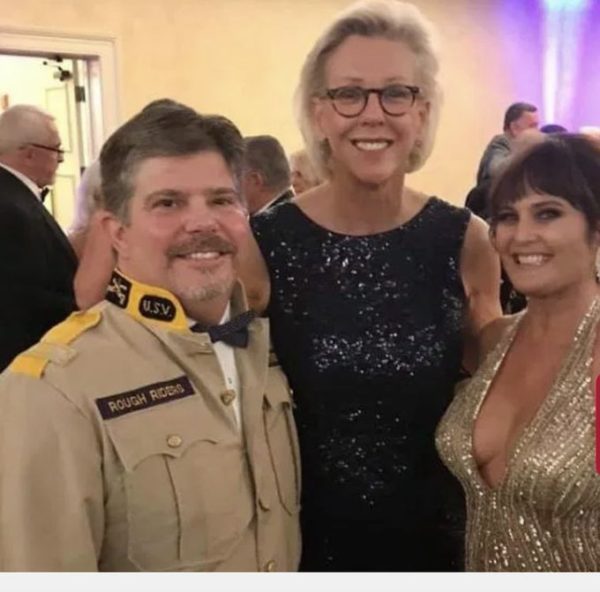