Sheffield SU (Students’ Union) has banned white students from attending meetings to discuss how to “create an anti-racist SU”.

Only BME (Black and Minority Ethnic) students will be allowed to attend the meetings to share their views on how to turn Sheffield SU from being “non-racist” to “actively anti-racist.” 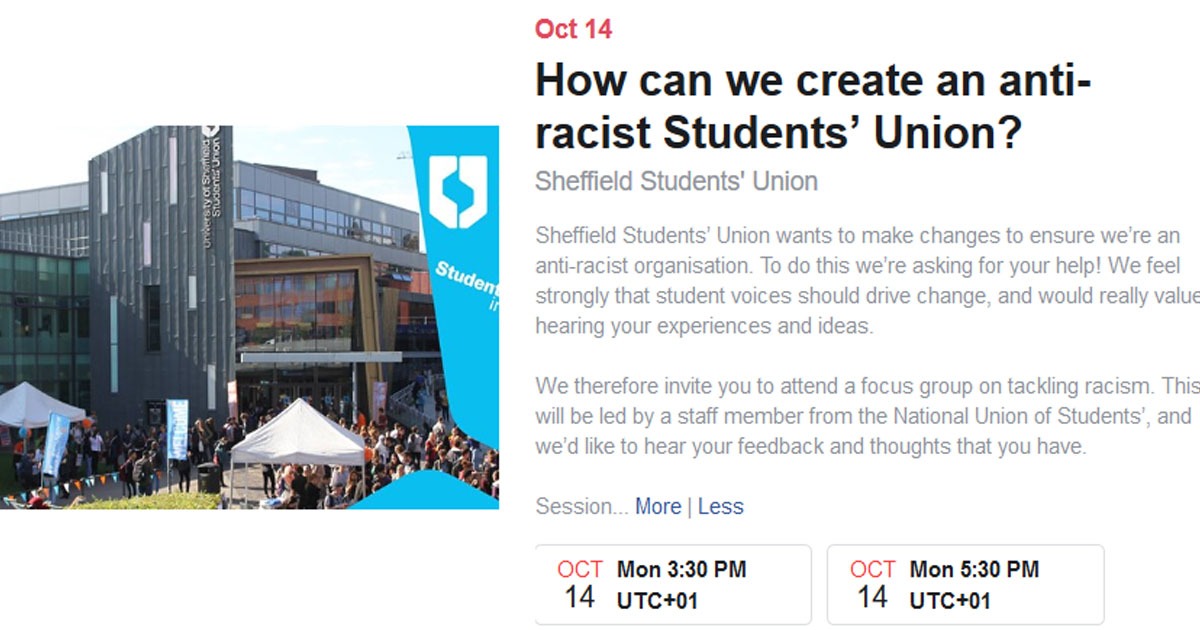 The announcement was made on Facebook, and was simultaneously posted on the pages for the Welfare Officer, Beren Maddison, and Women’s Officer, Rosa Tully of Sheffield SU:

Sheffield Students’ Union wants to make a change from being simply non-racist to actively anti-racist. To do so, we are enlisting a member of the National Union of Students to audit the Students Union to see what we can do better. However, we need your help to incorporate your ideas and experiences into our work. We are hosting two focus groups on the 14th of October, open to BME students only.

The sign up page claims that Sheffield SU “really values hearing [the] experiences and ideas,” of students on the issue, but seemingly doesn’t value any ideas of any students who happen to be white.

This mirrors the actions of the University of Edinburgh, who banned white attendees of an anti-racism event from asking any questions. The conference, organised by “Resisting Whiteness,” a QTPOC (queer and trans people of colour) organisation, also created “safe spaces” at the event where white people were totally barred from entering.

National File has reported that last month , Koen Lamberts, the Vice Chancellor of the University of Sheffield, told cheering crowds that all students will be forced to attend classes on climate change and “sustainable development.” The Education for Sustainable Development program was originally created by the UN, in an effort to apparently foster “a holistic approach to sustainability knowledge that goes beyond ‘being green’.”