by Addison Basurto
in The Hill, The Swamp

FTX executives who made the largest political donations include Sam Bankman-Fried (SBF), Ryan David Salame, and Nishad Singh. the majority of GOP donations of which were made by Salame.

“Did you ask the Republicans who received donations?” Stone asked in response to the tweet.

Did you ask the Republicans who received donations?

Among the members of Congress who received funds from FTX executives, only five of them voted against the continuation of aid to Ukraine in its proxy war with Russia: Gus Bilirakis (R-FL-12), Duncan (R-SC), Senator John Boozman (R-AR), House Rep. Kat Cammack (R-FL-03), and Ronny Jackson (R-TX-13).

Five sitting congressmen who were recipients of FTX funds sent a letter to the Security and Exchange Commission (SEC) in March 2022 which sought to put a halt to the SEC’s investigations into FTX and Alameida Capital.

SBF donated almost solely to the Democratic Party, and the Republicans to whom he did give money were all anti-MAGA never-Trumpers, a list which includes pro-impeachment establishment RINOs like Lisa Murkowski (R-AK), Mitt Romney (R-UT), Ben Sasse (R-NE), and Susan Collins (R-ME).

SBF also contributed to Results for NC, Inc., the Super PAC founded by Thom Thillis (R-NC) which spent north of $1 million to defeat Rep. Madison Cawthorn (R-NC) in the 2022 primary.

Indeed, even members of the House Freedom Caucus, Warren Davidson (R-OH-08) and Byron Donalds, (R-FL-19) were part of the cross-aisle, uni-party scheme to block inquiries into FTX and the now-defunct company’s connections to Kevin McCarthy’s GOP establishment.

The effort to prevent an inquiry into FTX was spearheaded by Tom Emmer, but Darren Soto, Jake Auchincloss, and Josh Gottheimer also signed the official letter to Gary Gensler, the Chairman of the Securities and Exchange Commission (SEC). 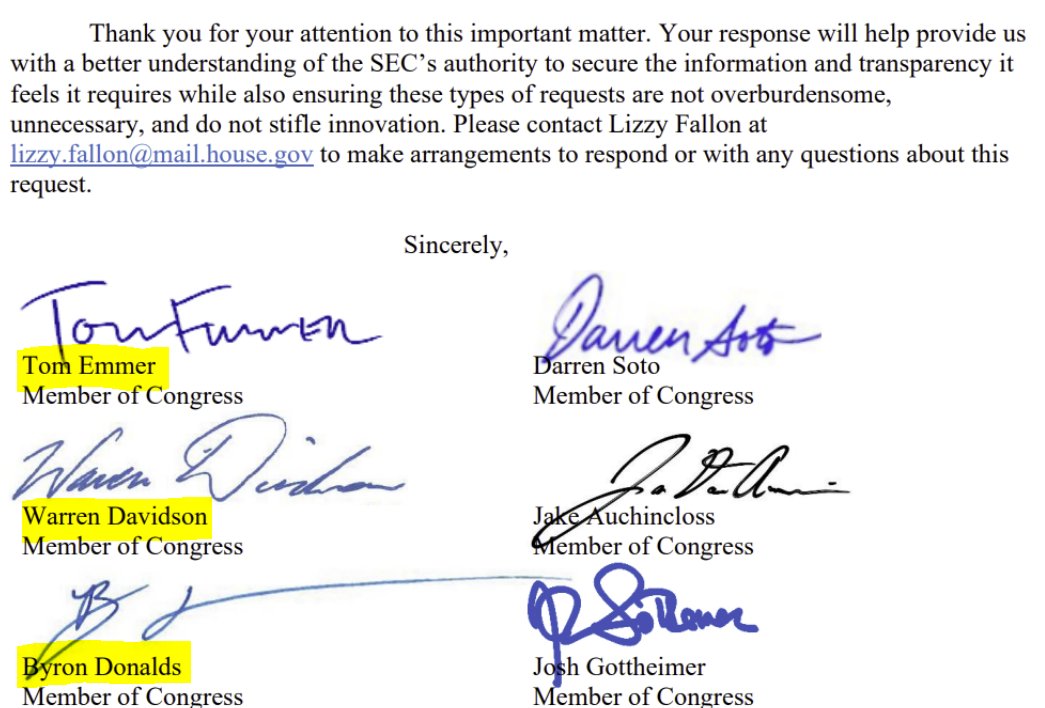