Biden is immensely popular online, and may have violated the U.S. Constitution by banning public comments on the White House YouTube channel.

One of the first actions taken by the Biden administration was to remove all videos from President Donald Trump’s administration from the official White House YouTube channel. Americans reacted in overwhelming numbers, creating a “ratio” of likes to dislikes that range anywhere from 1:10 to 1:20. To make matters worse, top lawyers believe Joe Biden may have violated federal law by banning comments from the government channel.

The first video uploaded to the channel, Biden’s virtual inauguration – where no citizens were allowed to attend, but elite members of government and Hollywood were protected by tens of thousands of National Guard soldiers – has been viewed, at press, 180,000 times. It has a paltry 4,8000 likes and over 20,000 dislikes. 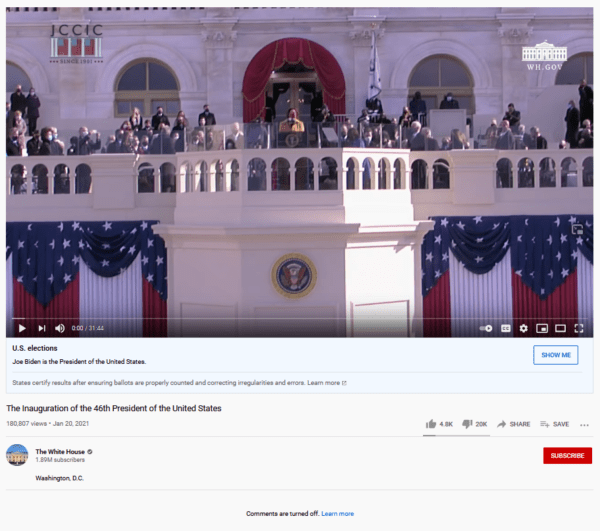 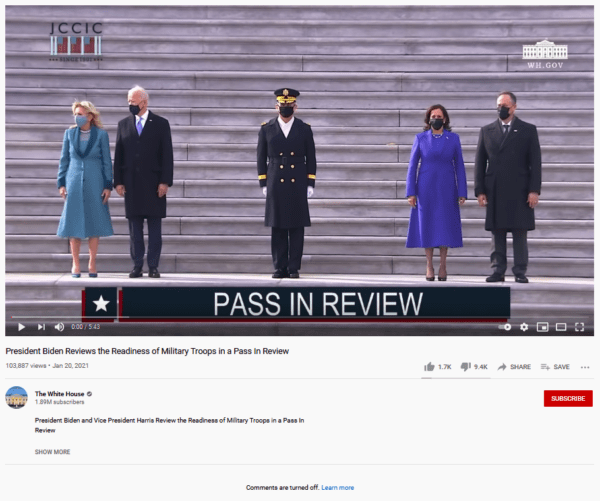 The third most popular video on the new White House’s YouTube channel is titled “Biden Swears In Day One Presidential Appointees in a Virtual Ceremony”. It currently has 141,700 views, 3,000 likes, and a whopping 10,000 dislikes. 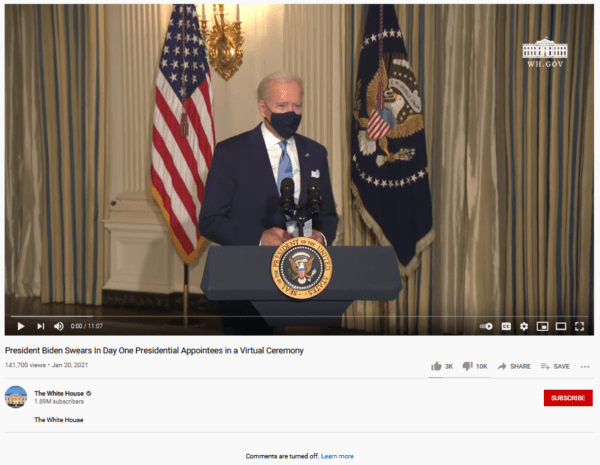 The channel’s second most popular video, behind the inauguration, clocks in at an underwhelming 145,000 views. It is titled “01/20/21: Press Briefing by Press Secretary Jen Psaki” and has 3,700 likes compared to a demoralizing 10,000 dislikes. 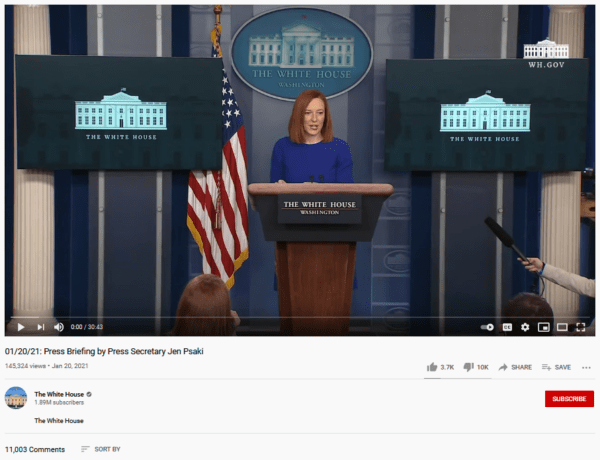 Oddly, this is the first video on which the Biden administration allowed Americans to comment. Most comments are not in favor of the administration. Some comments also claim the YouTube channel had more dislikes when they viewed it earlier, and believe YouTube is actively removing them to make Biden look more popular. 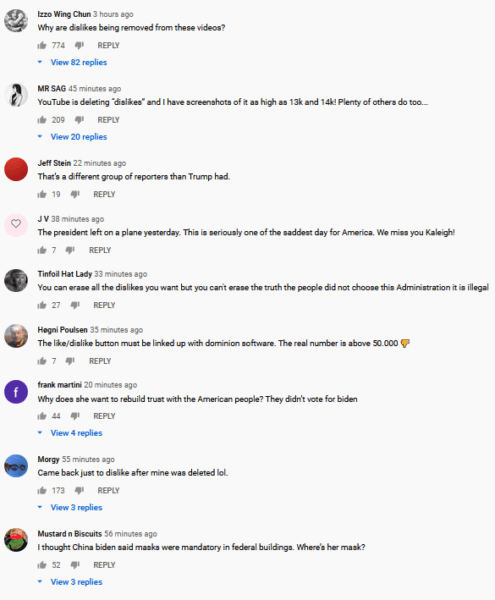 FYI: this is likely unconstitutional, @JoeBiden: "White House has disabled the comment section of the government YouTube channel."

President Donald Trump was famously ordered not to use the “block” function on Twitter to prevent spam accounts, as it prevented the American people from addressing their President in a public forum, and would violate the First Amendment.